Fifty-six years ago, Veronia was separated from her younger sister when her mother gave her up for adoption. And that's when the story went cold. Until about a month ago. 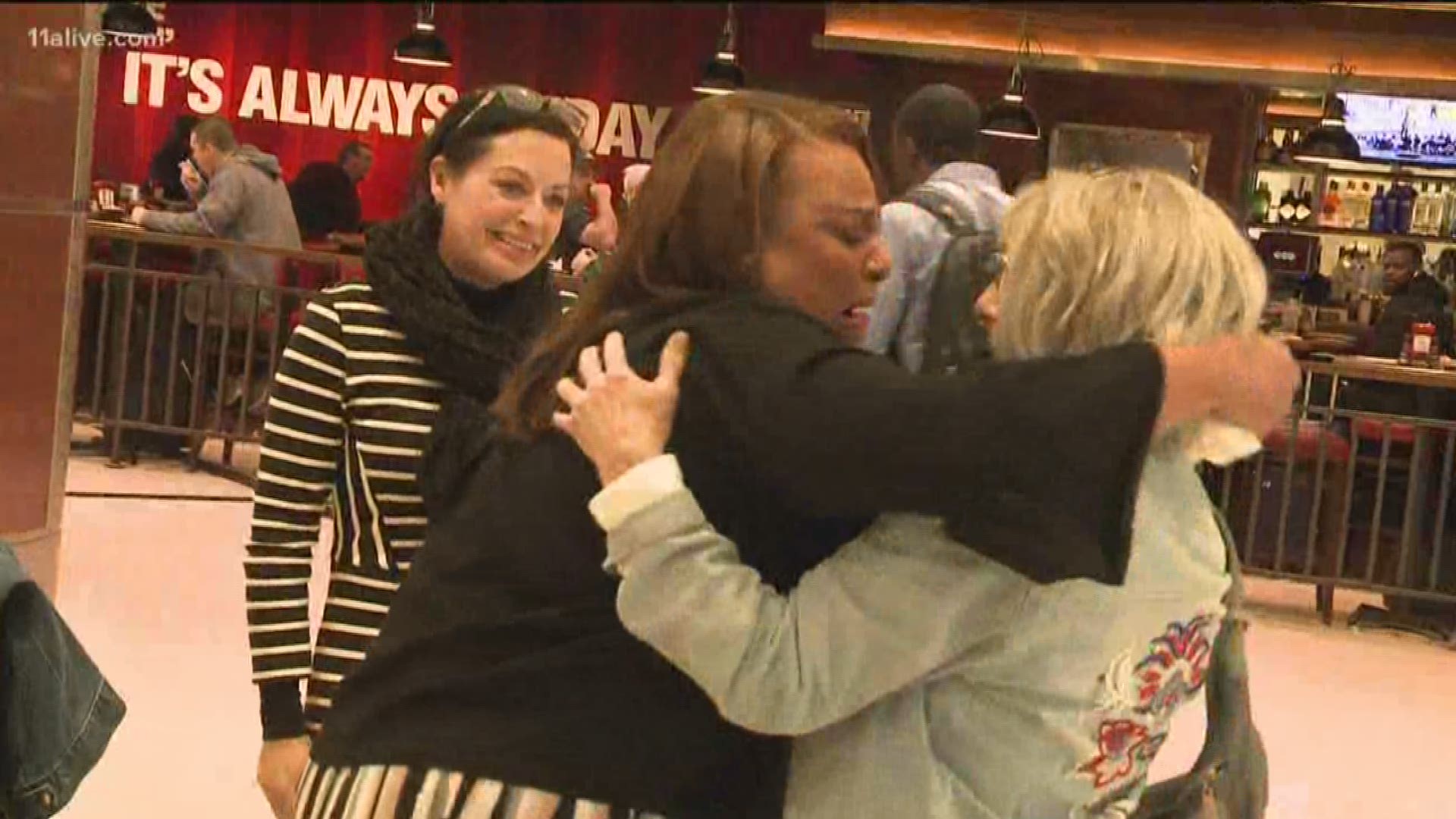 ATLANTA — In the midst of the hustle and bustle of the world's busiest airport, a quarter of a million passengers pass through each day.

Some, for the very first time.

"I've been waiting all my life for this day to come," Veronica Powers told 11Alive excitedly, on the way into Hartsfield-Jackson International Airport.

She brought along Natisha Lance, as she met her sisters for the very first time.

Fifty-six years ago, Veronica was separated from her younger sister when her mother gave her up for adoption.

That's when the story went cold.

Until about a month ago, when a curious message arrived from Ancestry.com. The title? Sisters.

"I didn't believe it I said I hope it's not a cruel trick," Veronica remembered thinking.

But she kept reading, the rest of the message even more heart-stopping: "My sister came across your profile. I'm the youngest sister. We've been looking for you!"

After more than five decades, a reunion.

One grew up Catholic. Another Jewish. And Veronica, Baptist. But in that moment, their differences didn't matter. The resemblance between Stacy, the sister Veronica saw last, was undeniable.

"I'm just so glad to meet her to see a reflection of myself in somebody's face and eyes, it's a miracle," she said.

And just like is the story with many who pass through the world's busiest airport, the three sisters left. But this time, it was with knowing that there were new memories to be made, together.