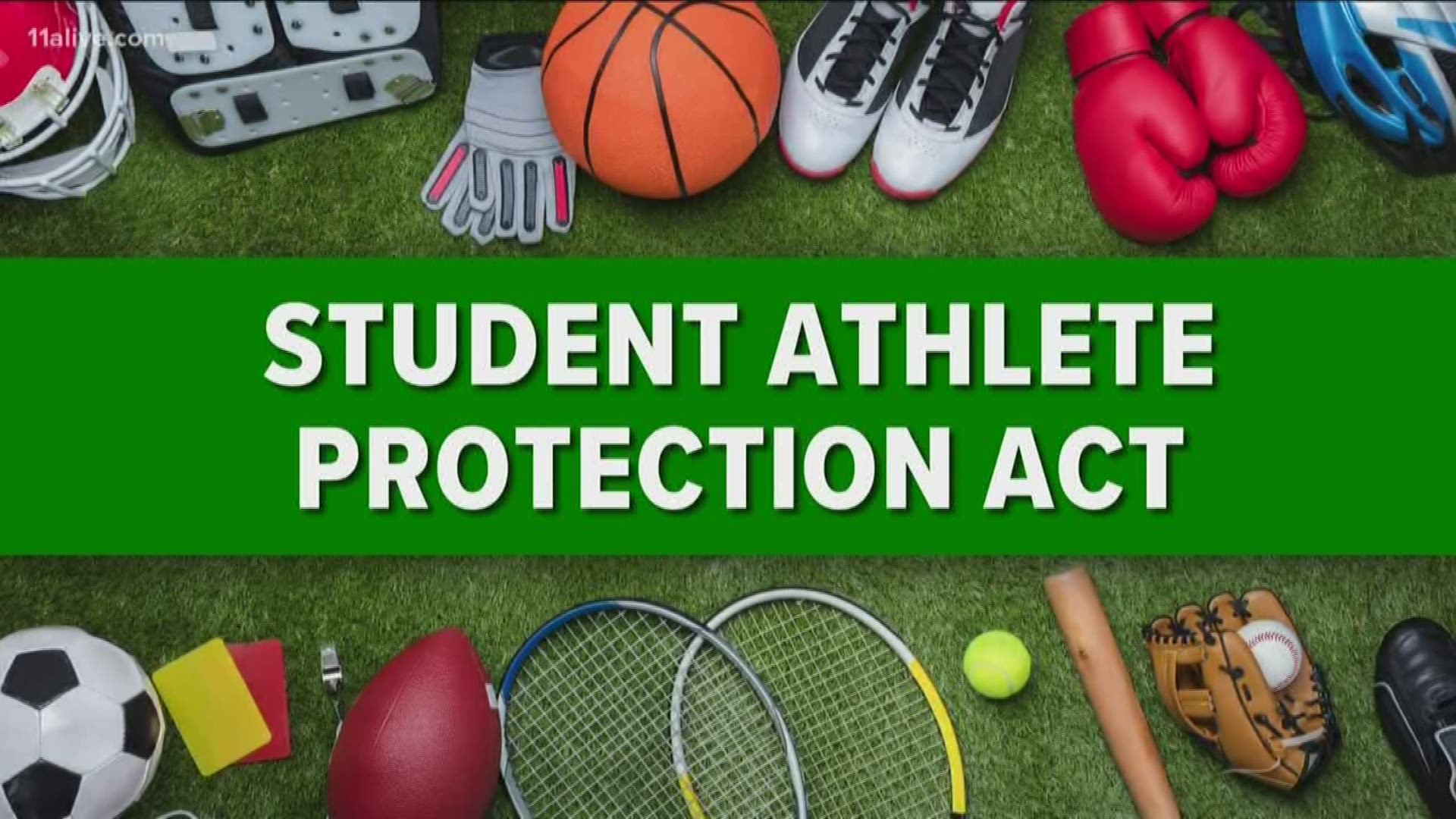 ATLANTA — A Georgia lawmaker is pushing for legislation that would prohibit public rec centers and schools from hosting single-gender sporting events, if a transgender child who’s transitioning wants to compete under their new gender.

Rep. Philip Singleton pre-filed the Student Athlete Protection Act this week. It will formally be introduced during the 2020 legislative session.

“The purpose of the Student Athlete Protection Act is to preserve the integrity of athletic competition and protect our youth,” said Rep. Singleton in a news release.  “This legislation would not dictate how organizations define their sports, but it would give children and parents peace of mind, as well as provide children with the freedom to participate in athletic competitions fairly and with the competition they expected when they chose to compete."

The bill would ban public and government facilities from being used in athletic competitions if a person who was not born a male wants to compete in an event designated just for males. The same goes for children who were not born a female, but want to compete in female events.The facilities would include athletic facilities, stadiums, fields, structures or other property.

The bill would also prevent some high schools from participating in events conducted by athletic associations that allowed that to happen. However, the rules wouldn't apply to athletic events where both biological makes and females are allowed to participate.

"While this is not currently a hot button issue in our great state, this legislation would serve as a preemptive measure to ensure that every single student athlete in Georgia has the ability to compete in fair and open competition," Singleton said in a statement. " The point here is to make sure that every child has the opportunity to compete. This is about inclusion and transparency.”

The news didn't come without opposition. Georgia Equality released a statement regarding the proposal:

The introduction of this legislation is a shameful attack on some of the most vulnerable students, those who identify as transgender. Transgender people are human beings, who exist in every facet of our society, and have for years and years. Transgender athletes participate in sports for the same reasons as everyone else - to get and stay healthy, be part of a team, be a part of a sport they love, and build camaraderie with their peers.

There’s a reason why the opposition is just now trying to bring up the sports argument – they’re using it as a wedge issue, plain and simple. It’s particularly heartbreaking when politicians attempt to attack transgender high schoolers. Growing up is hard enough for everyone, and it can be particularly painful for transgender students. The last thing our nation’s young people need is politicians making it even harder by singling them out for their own political gain, and increasing their already high risk of bullying and harassment.

These attacks seek to deny the humanity and existence of transgender individuals and must be rejected. Trans youth — like all youth — need support and care. We need to send a clear and unequivocal message to trans youth that their lives are valid and that they are equal members of their communities.

Read a copy of the pre-filed legislation here.