Construction equipment still lines the outside of all the buildings and painters can be seen working through the windows. 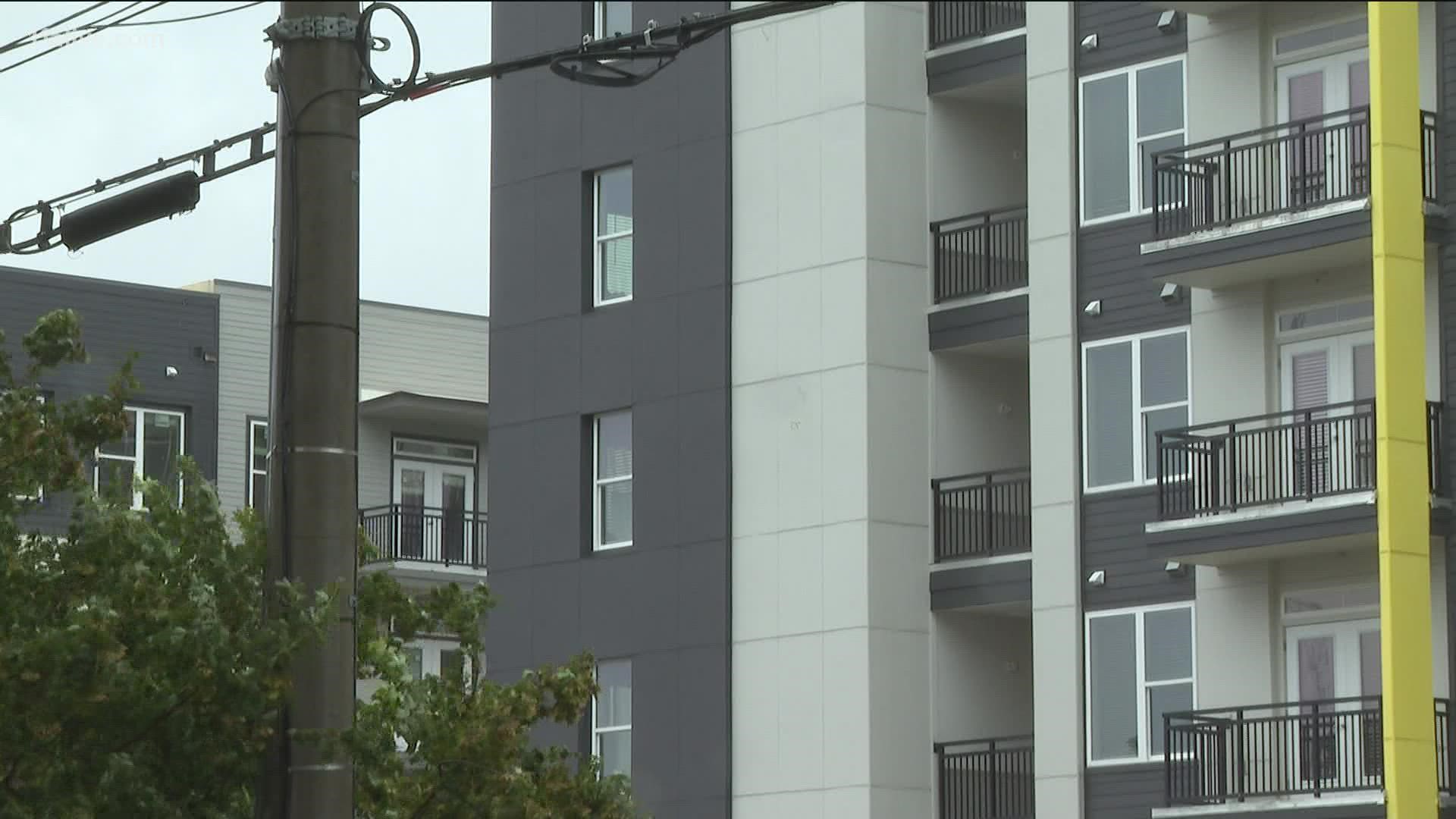 ATLANTA — Hundreds of Atlanta college students say they're living out of suitcases weeks after classes started because their apartment complex is still under construction.

Catalyst Midtown reportedly signed leases promising to house students at Spelman, Morehouse, Clark Atlanta, and GSU, but so far, none of the students have been allowed to move in.

Construction equipment still lines the outside of all the buildings, painters can be seen working through the windows, but students are supposed to move in Wednesday.

"It's been a little stressful with having to worry about school and worrying about where I am going to lay my head the next day," said Spelman senior Dajanae McKinney.

She's from Minnesota and was supposed to move into Catalyst Midtown on August 15. However, she said the management company emailed her the day before the move, saying they’d failed the elevator inspection, so her move-in date was pushed back to August 26. McKinney later got another email pushing it to August 28, then another to pushing it to September 1.

"We haven't received any updates, any times to move in," she said. According to her, the management company paid to put students in hotels.

That's where Spelman Sophomore Simone Madden from Seattle is staying, along with her sister.

"My mom is actually staying with us in the hotel because she doesn't want to leave her two kids that just came all the way across the country by themselves," Madden said.

Two hundred and fifty of the students have started a group chat to get answers and share information on what they've called an "incredibly frustrating experience."

When 11Alive's Kaitlyn Ross went to the leasing office, a worker told her the general manager and manager were out of town and unavailable for comment.

Furthermore, the number on the complex's website wouldn't connect, and email only led to an automatic reply.

"As soon as they send out the email saying that we are not going to be moving the next day, they stop answering everybody," explained Madden.

Late Tuesday afternoon, students say they got yet another email saying the building still does not have a certificate of occupancy, and move-in has been pushed back once again to September 2.

"It's been very stressful just not knowing what to expect," McKinney said.

The students 11Alive spoke to say, at this point, they feel like they're stuck; they have nowhere else to go.