Maloney was born on April 10, 1930. This week, his family honored him after years of separation, on top of the recent widespread of the coronavirus. 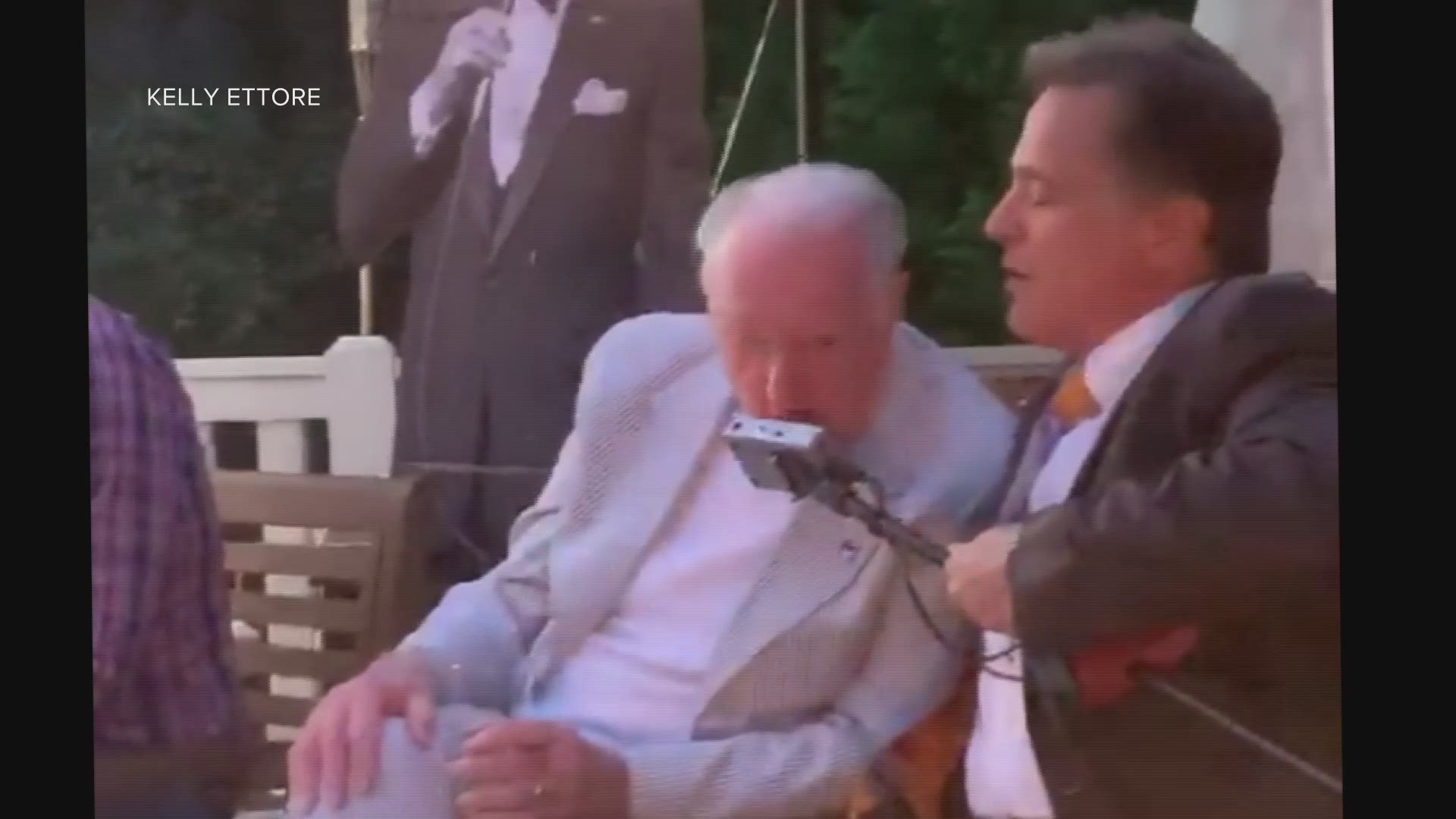 SUGAR HILL, Ga. — Happy 90th Birthday, Donald Maloney! The Sugar Hill resident just celebrated the milestone with his family, months after his big day due to the pandemic.

Maloney was born on April 10, 1930. This week, his family honored him after years of separation, on top of the widespread of the coronavirus.

The Maloney family originally planned a big bash for Donald’s special day back in the spring, but his daughter Kelly Ettorre was diagnosed with COVID. To keep her father safe, and everyone that was originally scheduled to appear for the bash safe, they decided to postpone the entire occasion.

Months later, Kelly and her four siblings decided to reunite because they are holding on to every memory they can with their loving father. Three years ago, their mother, Donald’s wife, Delores died.

The couple was married for 68 years after meeting on a blind date. Their love grew, and so did the idea of moving their family to Georgia in 1998, they said.

Kelly describes her father as an amazing man, who has battled eye and bladder cancer. Before getting married, Don enlisted in the U.S. Air Force and became a Master Sargent.

With a life dedicated to service and family, it is no surprise why Don’s family flew from Texas, Mississippi, and South Florida for the birthday extravaganza.

“The good Lord must’ve blessed me,” Kelly revealed her dad said after seeing his family together again for the first time in years.

“We hesitated because of COVID but we wanted to do something for my father. He’s 90 and he’s amazing,” she said.

Maloney, who is also a performer, sang a rendition of Frank Sinatra’s “New York, New York” to cap the festivities.

“We haven’t been together since my mother’s funeral. It just lifted his spirit so much,” she said.