A ruling on the case is expected, but it may not ease tensions in the water wars, any time soon. 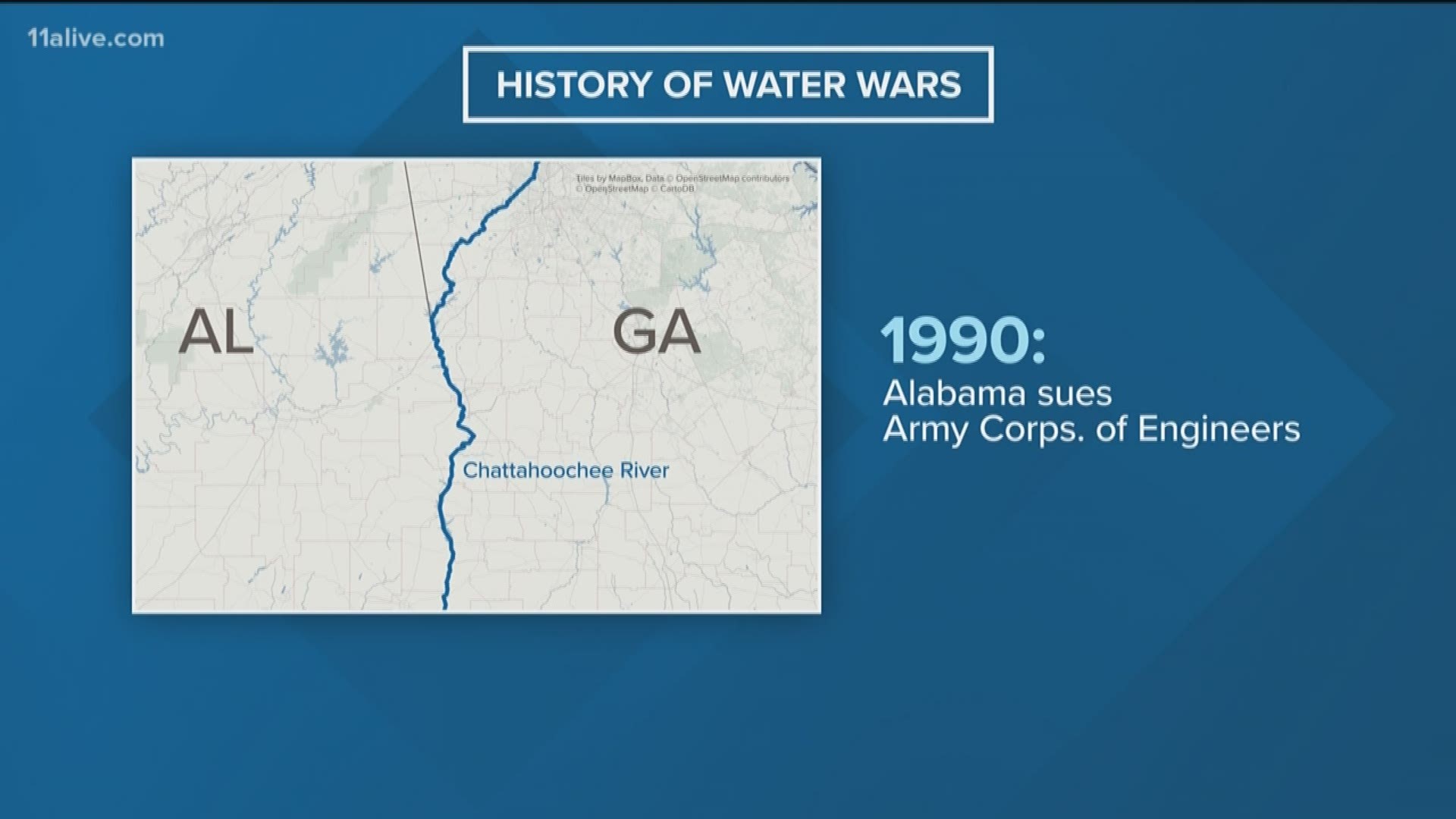 WASHINGTON — The Supreme Court could hand down a decision this week in the decades-long "water war" between Georgia and Florida.

The battle has been ongoing since the 1990s, when Alabama filed the first lawsuit against the Army Corps of Engineers to try and get it to release more water from Georgia. But, things came to a head five years ago, when Florida sued Georgia over the collapse of its oyster industry in Apalachiccola Bay along the Gulf, where 90 percent of the state's oysters are harvested.

Florida argued Georgia was, in essence, hoarding water by keeping it backed up in Lake Lanier and asked the court to put a cap on Georgia's water usage to allow more water from the Chattahoochee River to flow downstream.

Georgia, on the other hand, argued it has been responsible for water usage, and putting a cap on it would limit consumption to 1992 levels – when Atlanta had half as many people.

In 2017, Special Master Ralph Lancaster, Jr. was appointed by the Supreme Court Justices to review the case. He concluded that, yes, Georgia could have done more to conserve water, but Florida failed to to prove capping Georgia's water usage would have provided relief further down stream. That's because the U.S. Army Corps of Engineers wasn't included in the lawsuit and wouldn't be compelled to send water taken from Georgia down to Florida. As a result, Lancaster urged justices to drop Florida's case.

The Supreme Court heard oral arguments back in January, and must now hand down a ruling by the end of this month. That leaves the case with three possible outcomes: First, the Supreme Court could accept Lancaster's recommendation to drop Florida's lawsuit. Second, they could rule Florida's favor and put a cap on Georgia's water consumption, or, third, they could send the case back to Lancaster for re-examination and answer different questions.

Either way, a ruling on the case may not ease tensions in the water wars, any time soon.