Erica Thomas said that she was in the 10 items or less checkout aisle with roughly 15 items when she was approached by Eric Sparkes. 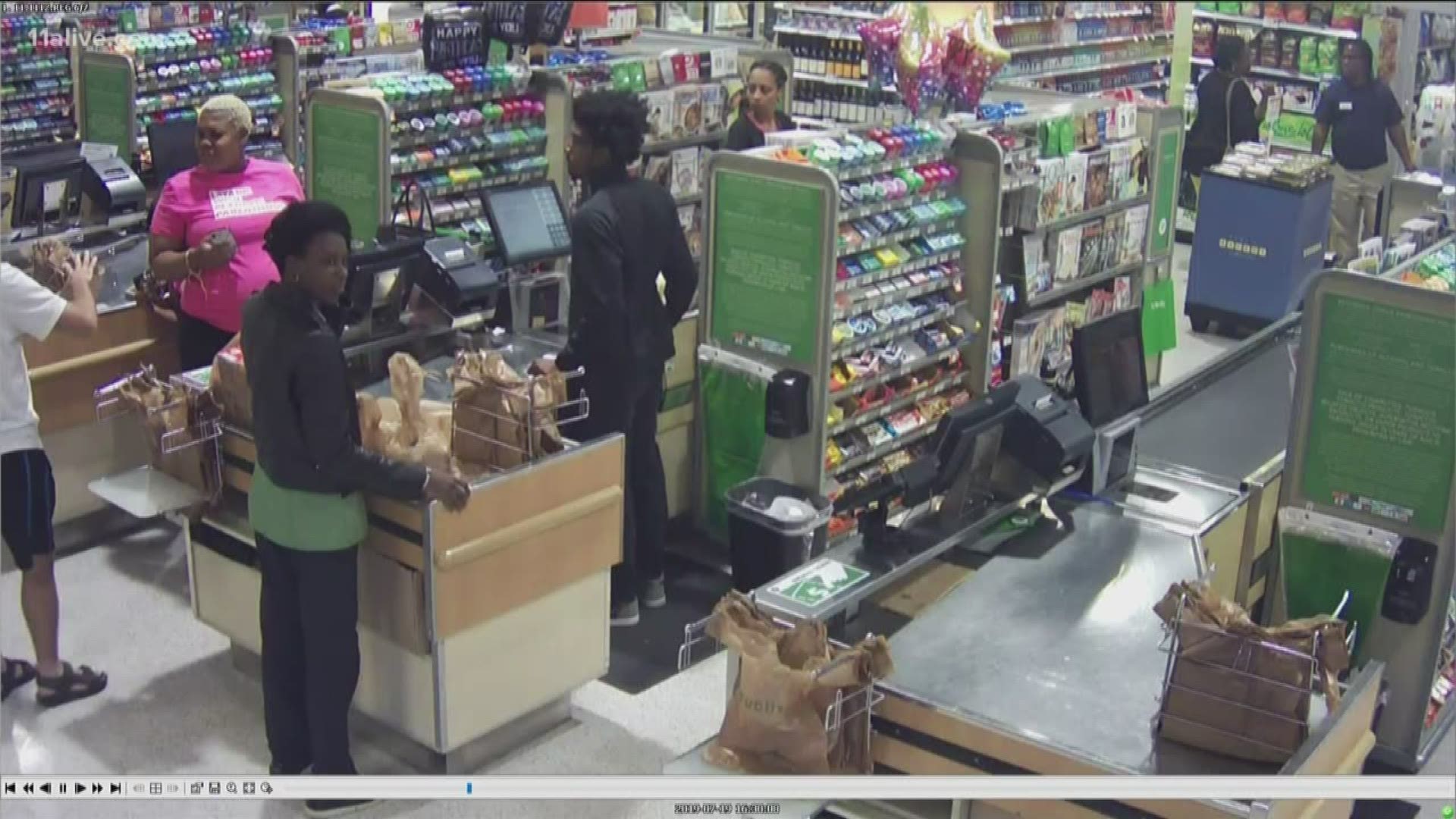 COBB COUNTY, Ga. — A day after they said they would not be pursuing charges, the Cobb County Police Department released surveillance video of a confrontation in Publix that made national headlines.

Erica Thomas, a Democrat who represents District 39, said Eric Sparkes told her to "go back" where she came from while she was standing in the checkout line at a grocery store.

The encounter happened at the Publix on Veterans Memorial Highway in Mableton on Friday.

The video does not have audio, “so what was said is unknown” a police report states. But video from the store shows Sparkes approach Thomas in the checkout line, and her stepping forward. Sparkes appears to walk off, but then he turns back around to face Thomas. She appears to argue back. (Click here to watch the video)

ALSO WATCH: Bodycam interviews with witness to Erica Thomas 'go back' grocery store incident and man who confronted her released

Thomas originally shared her side of the story in a tearful Facebook Live video last Friday.

Sparkes claims he was falsely accused of the statement - but not of the confrontation.

“Her words stating on Twitter and on video stating that I told her she needs to go back to where she came from aren’t true," he said. "I am Cuban. I am not white. I am white but I am Cuban.”

Thomas said that she was in the 10 items or less checkout aisle with roughly 15 items when she was approached by Sparkes.

RELATED: Police: No charges in dispute with Ga. lawmaker claiming man told her to 'go back' where she came from

He admitted to calling her a "lazy b****" for using the express checkout line.

"After a thorough investigation both parties have been advised there will be no charges made by the Cobb County Police Department," Sgt. Wayne Delk said.

The police report cites two Publix employees, neither of whom confirm the full events as described by Thomas or Sparkes. They told police they either did not remember or did not hear the whole argument.

Georgia lawmaker: Man in grocery store told me to go back where I came from

Man accused of telling Ga. lawmaker to 'go back' where she came from denies comment