She now paints a picture of freedom for others still suffering from domestic violence through her musical. She said she hopes it serves as inspiration for others. 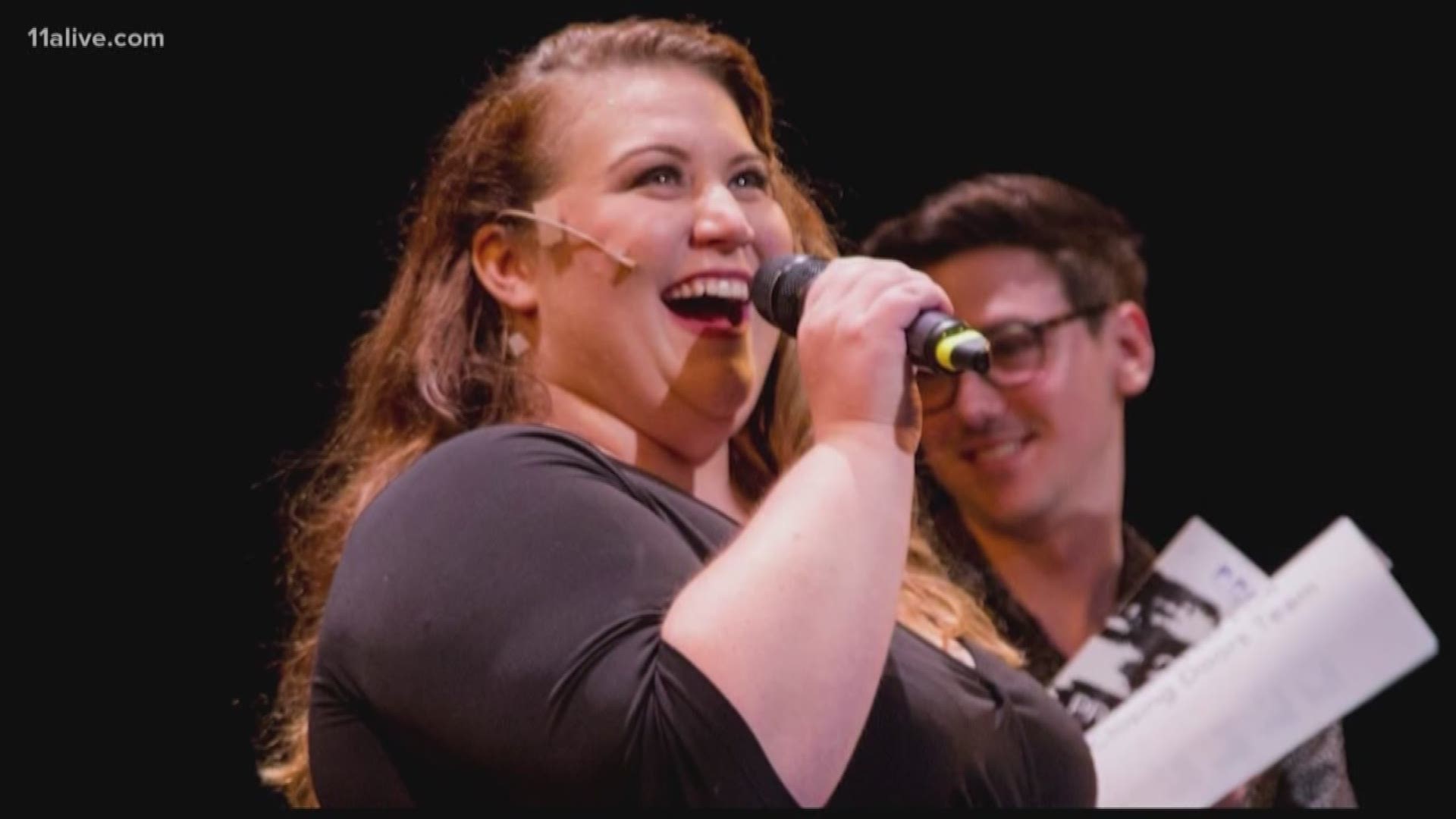 ATLANTA — October is National Domestic Violence Awareness Month, and a startling statistic reveals that women in Georgia between the ages of 14 and 44 have a 30 percent change to be victimized.

However, 11Alive's Ron Jones spoke with a young woman hoping to change that statistic through her music.

"I didn't intend to write a musical and perform, I just did it for me," explained Ali Ramsaier.

The singer and performer is in a play chronicling the domestic violence chapter of her life called "Closing Doors."

Ramsaier said her ex-boyfriend went from a match made in heaven  to a monster.

"It slowly turned into isolating me from my friends and family, and not realizing it, and then it started to become abusive physically," she explained.

If they had a major disagreement: "Instead of talking about it, he became angry and beat the crap out of me," she said.

"Smothering me with a pillow, hitting me - I got black eyes," she listed. She said she even received threats against her life.

"Even if you leave me, we'll always be together because I'll come and find you and kill you," she recounted.

Last year, Georgia was ranked 25th in the nation for its rate of men killing women. Ramsaier said she lost her identity. She eventually walked from the relationship.

"I kept choosing me, making me do what I needed to do for me, and that was hard," she said.

She now paints a picture of freedom for others still suffering from domestic violence through her musical. She said she hopes it serves as inspiration for others.

"We have the ability to write our own story. Take that advantage to take back what is yours, because you get to decide who you're going to be and how the world can see you, but you have to believe in yourself first," she said.

She also wanted people to know there is help out there.

You can call the free domestic violence hotline at 1-800-799-7233. And if you don't want to talk on the phone, you can chat online with a specialist at thehotline.org.

DeKalb tries thousands of domestic violence cases each year. New program aims to break the cycle of violence before it starts.