Suwanee Police said Joshua Brandt is a person of interest in their case. 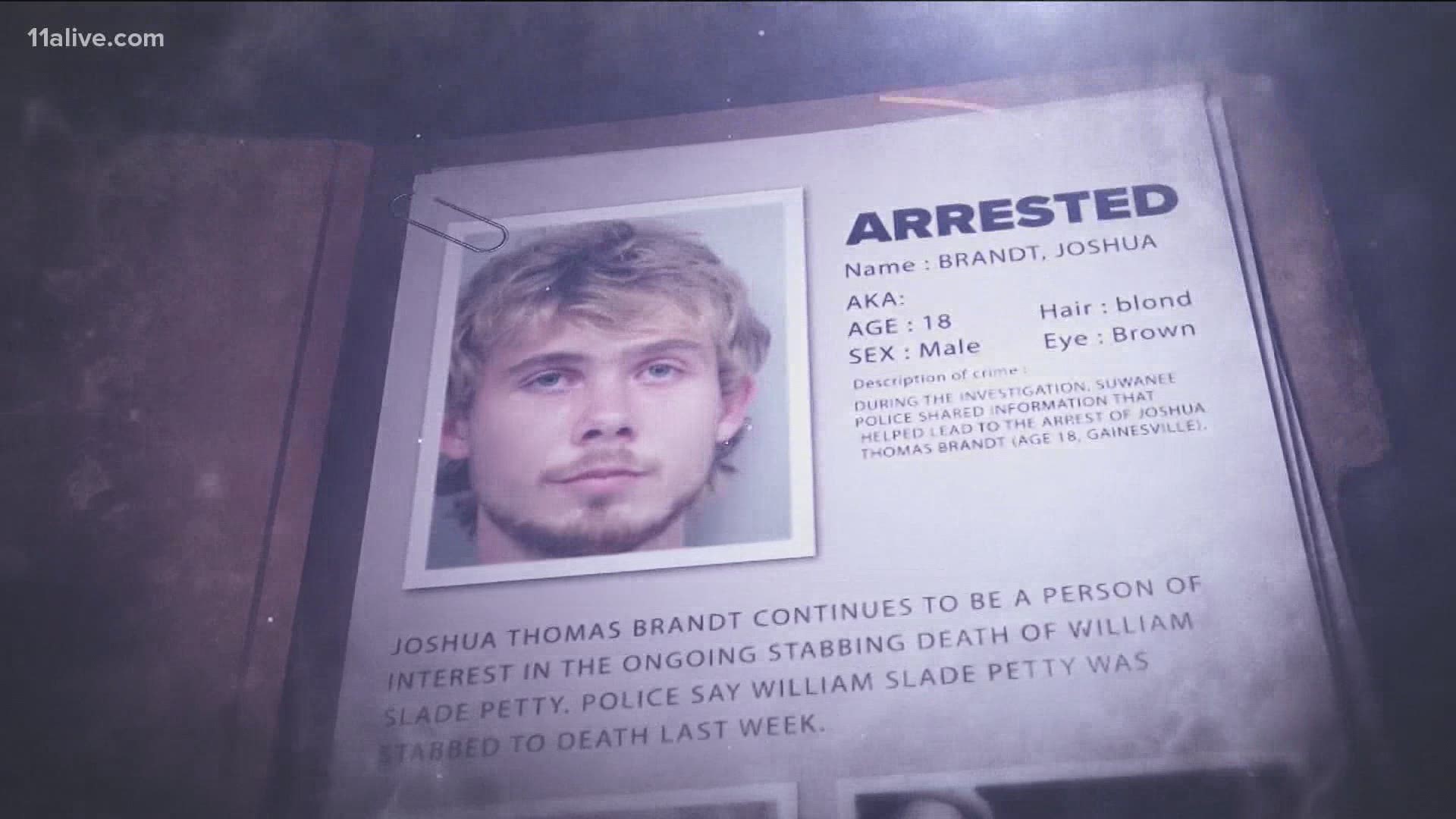 SUWANEE, Ga. — An 18-year-old arrested in connection with a shooting at a business on Friday in Gwinnett is the same person who is being considered a person of interest in the deadly stabbing of a Suwanee teen, according to police.

Suwanee Police said they were called to the 600 block of Satellite Boulevard on Aug. 7 to assist Gwinnett County Police with a shooting investigation. The suspect had walked into a busy business and killed 38-year-old James Ross - and then escaped. Suwanee Police said during the investigation, they shared details that helped lead to the arrest of Joshua Thomas Brandt the next day.

Brandt, however, is also a person of interest in the stabbing death of William Slade Petty. Around 8:50 a.m. on the morning of July 27, Suwanee Police said Petty was found stabbed multiple times outside his apartment building off McGinnis Ferry Road.

According to Lt. Robert Thompson with the Suwanee Police Department, this is the city's first murder in over a decade.  A GoFundMe campaign said Petty is a 2020 graduate of North Gwinnett High.

As for the Gwinnett shooting, Brandt is facing charges of felony murder and aggravated assault. Gwinnett County Police said they went to the scene on Friday and found Ross suffering from a gunshot wound. He was taken to the hospital where he died.

Witnesses said the shooter walked into the business and opened fire on the victim and police later determined that Ross appeared to be the only intended target. Police searched the area looking for a suspect and Brandt was later arrested.

A reward of up to $10,000  for information is being offered Suwanee case. Anyone who has information is encouraged to call Suwanee Police Detective Zaenglein at 770-904-7627.