In a letter to students' parents, Centennial High School's principal wrote that "there is no place for hate" there. 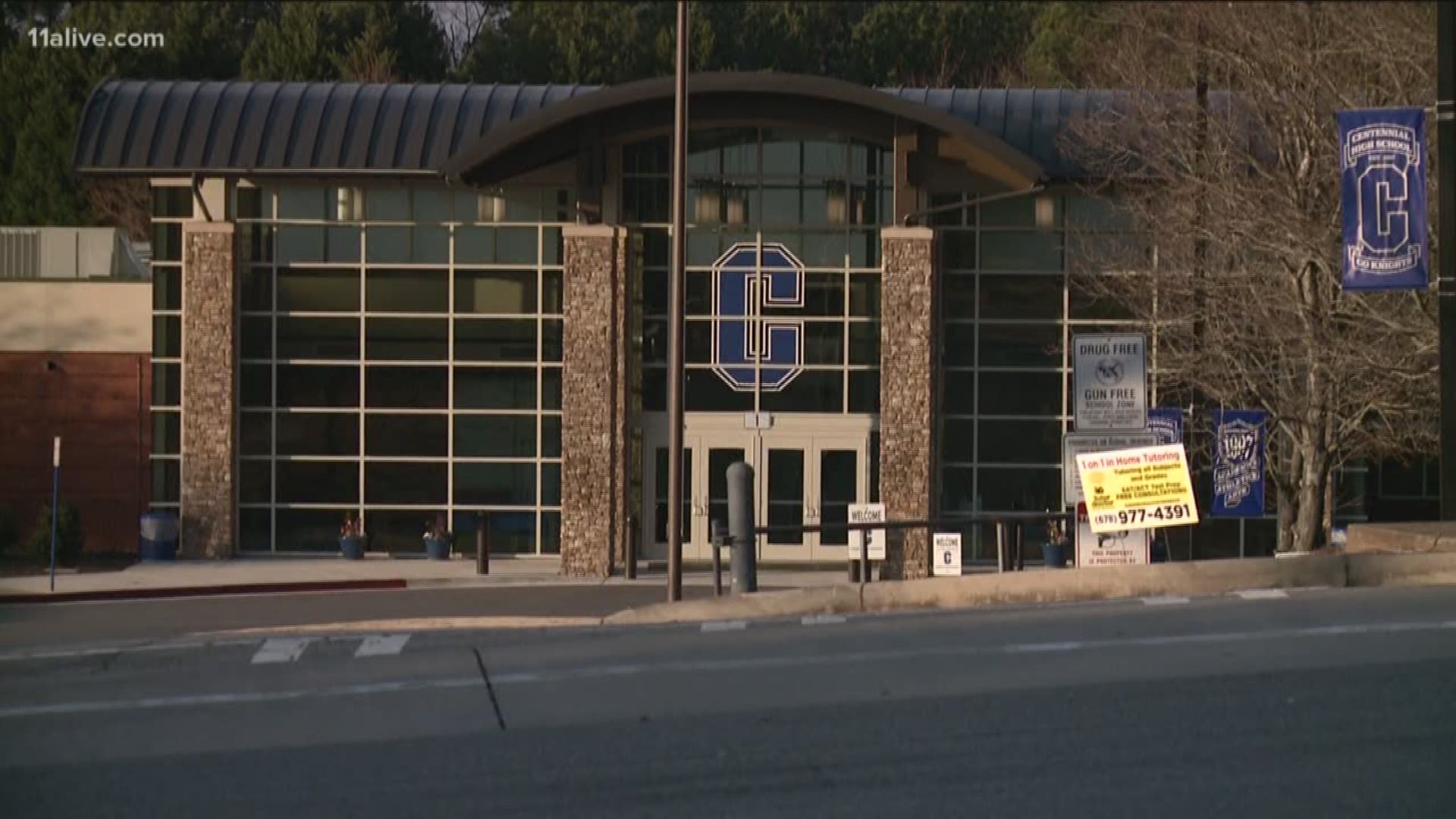 ROSWELL, Ga. — A high school principal is responding after a swastika was found graffitied there.

An 11Alive viewer first brought it to our attention. According to principal Anthony Newbold of Centennial High School, the swastika and other "offensive graffiti" was found in several spots on the Roswell campus.

Newbold said staff immediately contacted Fulton County School Police. The Roswell Police Department is also looking into the situation. Custodians have since worked to remove the graffiti from the building.

In a letter to students' parents, Newbold wrote that "there is no place for hate" at Centennial High School and school vandalism would not be tolerated.

"Be assured that as Centennial Knights, we find these actions offensive and completely against our beliefs as an open and accepting school community," Newbold wrote.

Newbold added that he has been in touch with several Rabbis in the community and were met on a "unified response" to what happened. Local representatives are also chiming in online.

State Rep. Josh McLaurin, who represents District 51 - which includes Roswell - wrote on Facebook that it was "an outrage" and a reminder that "racism and hate are still among us."

"We can’t rest when something like this happens — we have to lift our voices in solidarity with those who are threatened by this," McLaurin wrote. Roswell will be an inclusive community only if we fight to keep it that way."

Josh McLaurin for HD 51
Students and parents arrived at Centennial High School today to find swastikas and other graffiti on school property. It's an outrage, and a reminder that racism and hate are still among us every...

He also praised Newbold for the principal's quick response to the situation.

The Anti-Defamation League's southeast branch also tweeted that they were "monitoring the progress of the investigation and were in communication with Roswell school officials and law enforcement."

11Alive's Ashley Johnson spoke to one parent who said the offensive graffiti hit home hard for him.

"My father fought in WWII. He fought very hard to keep this type of hate from coming here," explained Williard Woodrow. "It was holocaust Remembrance Day just a week ago today and for this to pop up today it's a little more hurtful than otherwise."

Another parent - Lisa Stamey said no parent wants their community, especially their students, to feel like they're not welcome. But for her, the biggest disappointment is that authorities won't be able to prosecute the vandalism as a hate crime.

"I think things like this can get swept under the rug because there is no legislation to hold somebody accountable," she said.

INVESTIGATORS: Can a feeling also be considered a crime?

Georgia is one of five states in the US that does not currently have hate crime statue - something it did have at one point. The state Supreme Court, however, ruled the law unconstitutional in 2004 because it was "too vague." The legislature hasn't been able to pass one since. Something Woodrow said needs to change.

"We've needed a hate crime statute for a long time but not just to address this, to address many many things that have gone on here way too long," he said.

Meanwhile, Newbold is urging any student who may have information on who painted the offensive symbols to come forward to the administration. The situation is still under investigation.

Read the entire letter to parents below:

At Centennial High School, our focus is to provide your child with a quality education in a safe and orderly environment. I am sending this letter to share information about some offensive graffiti that was found on several areas of our school building and campus. I am especially disgusted that this perpetrator or group of perpetrators painted a swastika, a historic and extreme emblem of hatred, on our school.

Let me be extremely clear, graffiti and school vandalism will not be tolerated and our community rejects the hatred these symbols represent. Be assured that as Centennial Knights, we find these actions offensive and completely against our beliefs as an open and accepting school community. This morning, I was in touch with several Rabbi’s in the community and met on a unified response to this event. I hope you will take time to talk with your student about the consequences for this kind of behavior as outlined in our Student Code of Conduct handbook. If you or your student has any information that will assist our security team in identifying the perpetrators, please contact me directly via the information below.

Maya Angelou stated that, “In diversity there is beauty and there is strength.” Centennial is beautiful, and Centennial is strong. There is no place for hate here!