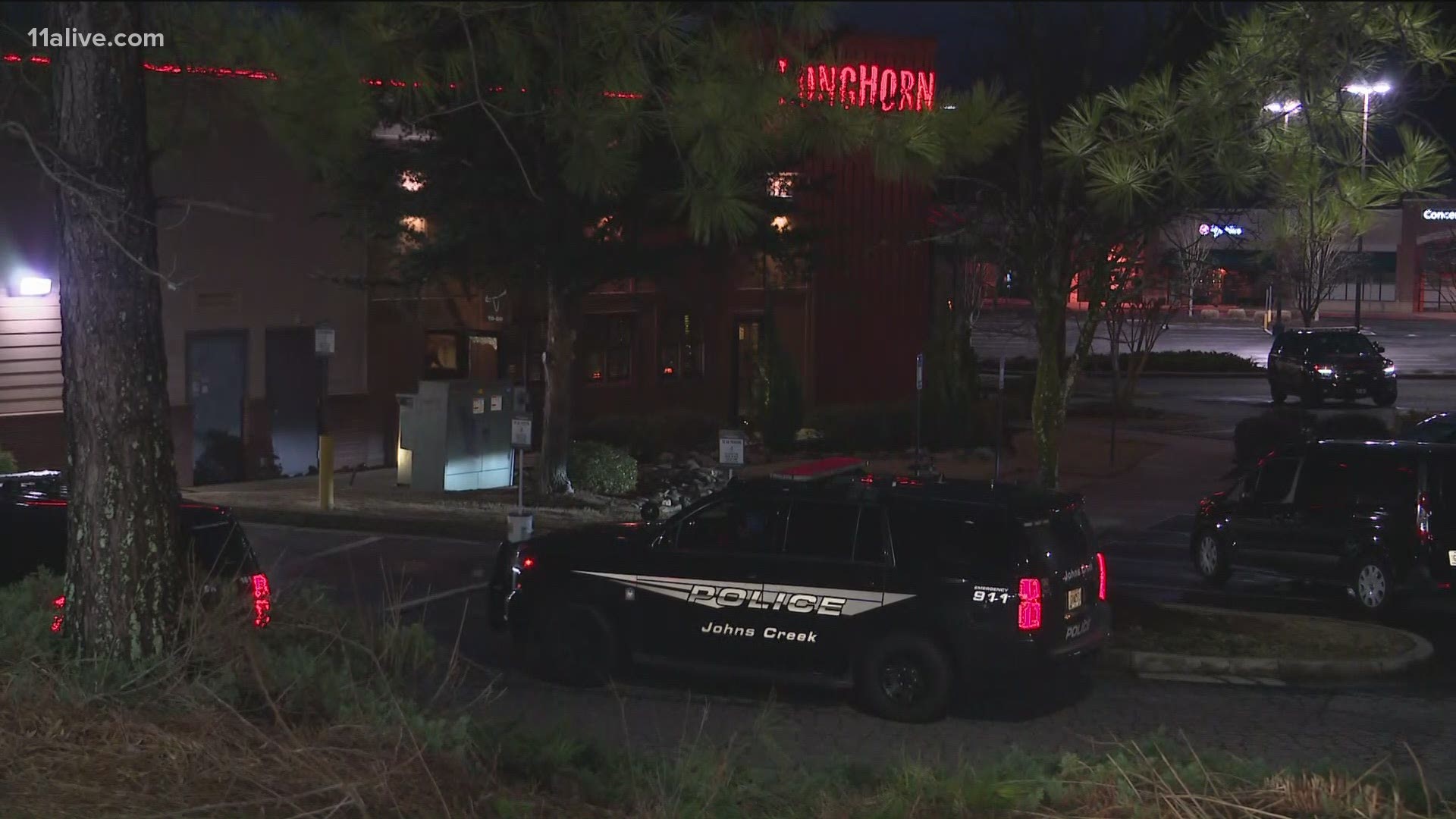 JOHNS CREEK, Ga. — A SWAT situation has ended after a man broke into a restaurant in Johns Creek early Friday morning.

The incident happened at the Longhorn Steakhouse restaurant on Medlock Bridge Road.

According to Johns Creek police, the suspect was trying to access a safe and triggered an alarm around 2 a.m. Once police arrived, they noticed a side door was open and went inside to investigate. The suspect heard authorities enter and escaped to the roof where he stayed for nearly four hours.

Police alerted SWAT when they were unable to see if the suspect was armed with a weapon.

The suspect was eventually captured and taken to the hospital to be checked due to the cold overnight temperature. He did not have a weapon and no one was injured during the break-in.