She passed away this week. 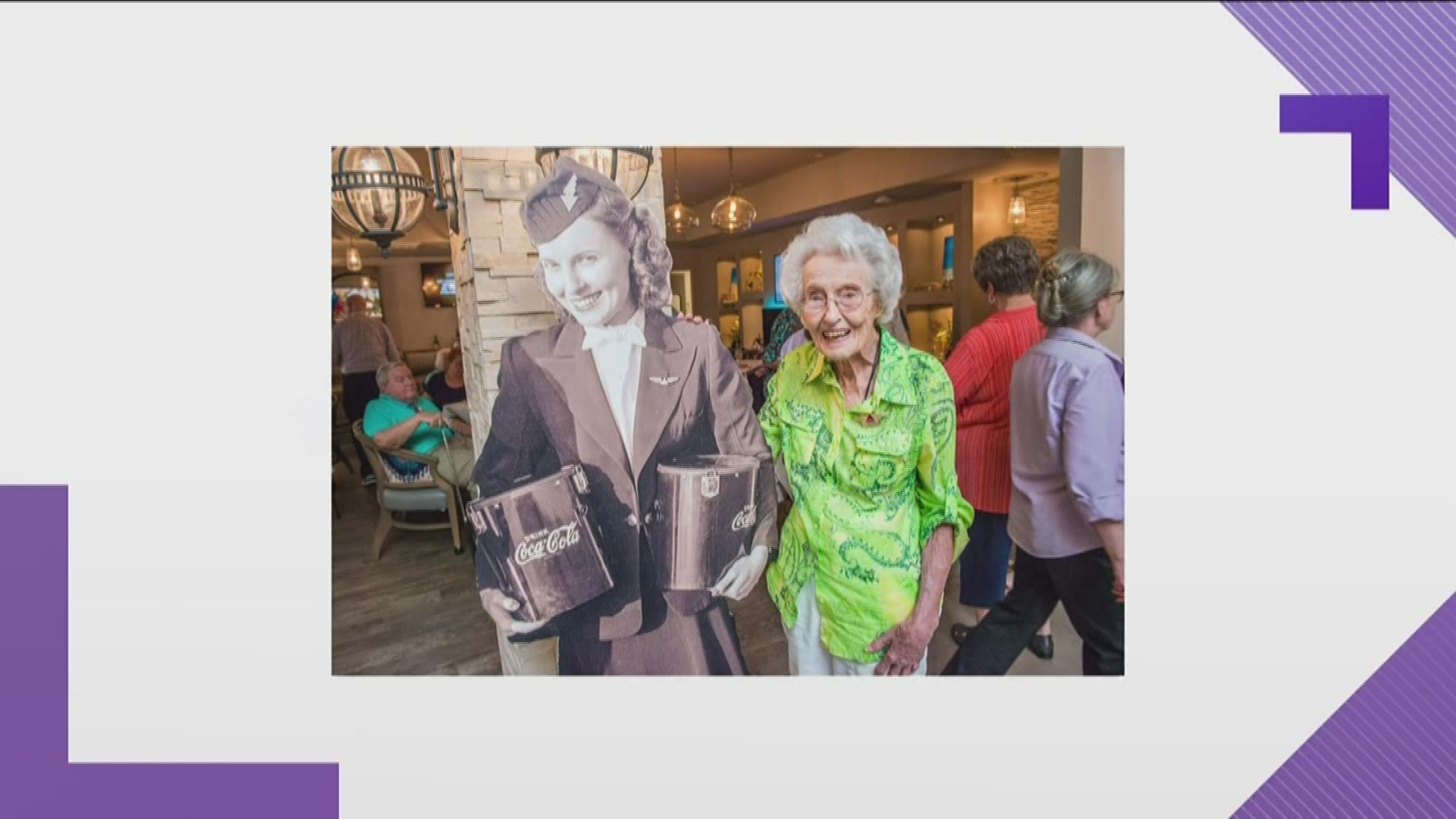 ATLANTA — She was known as being a lively, social resident at the community where she was living in Forsyth County, which is no surprise when people learn about her eventful life.

At 24, she graduated from nursing school and was hired as one of Delta Airlines' first flight attendants in 1940, according to Celebration Village.

Harmon left Delta to join the military in 1943.

Harmon was promoted to first lieutenant in April 1945 and joined the 830th Medical Air Evacuation Squadron in Stockton, California. She was discharged May 1946, and then served as an obstetrical nurse and later a supervisor at Baylor University Hospital in Dallas, Texas.

Harmon retired in 1985 after a career in private business. She celebrated her 103rd birthday earlier this year Celebration Village Acworth.

Delta released a statement saying, "“We’re saddened to learn of Sybil Peacock Harmon’s passing. Sybil was a beloved member of the Delta family who left her mark as a member of our first class of flight attendants. We will cherish her memory and wish her loved ones well in this difficult time.

Some information in this story is from Delta Museum.