According to the police department, the investigation was sparked after human remains were found in Newton County back on Aug. 13. 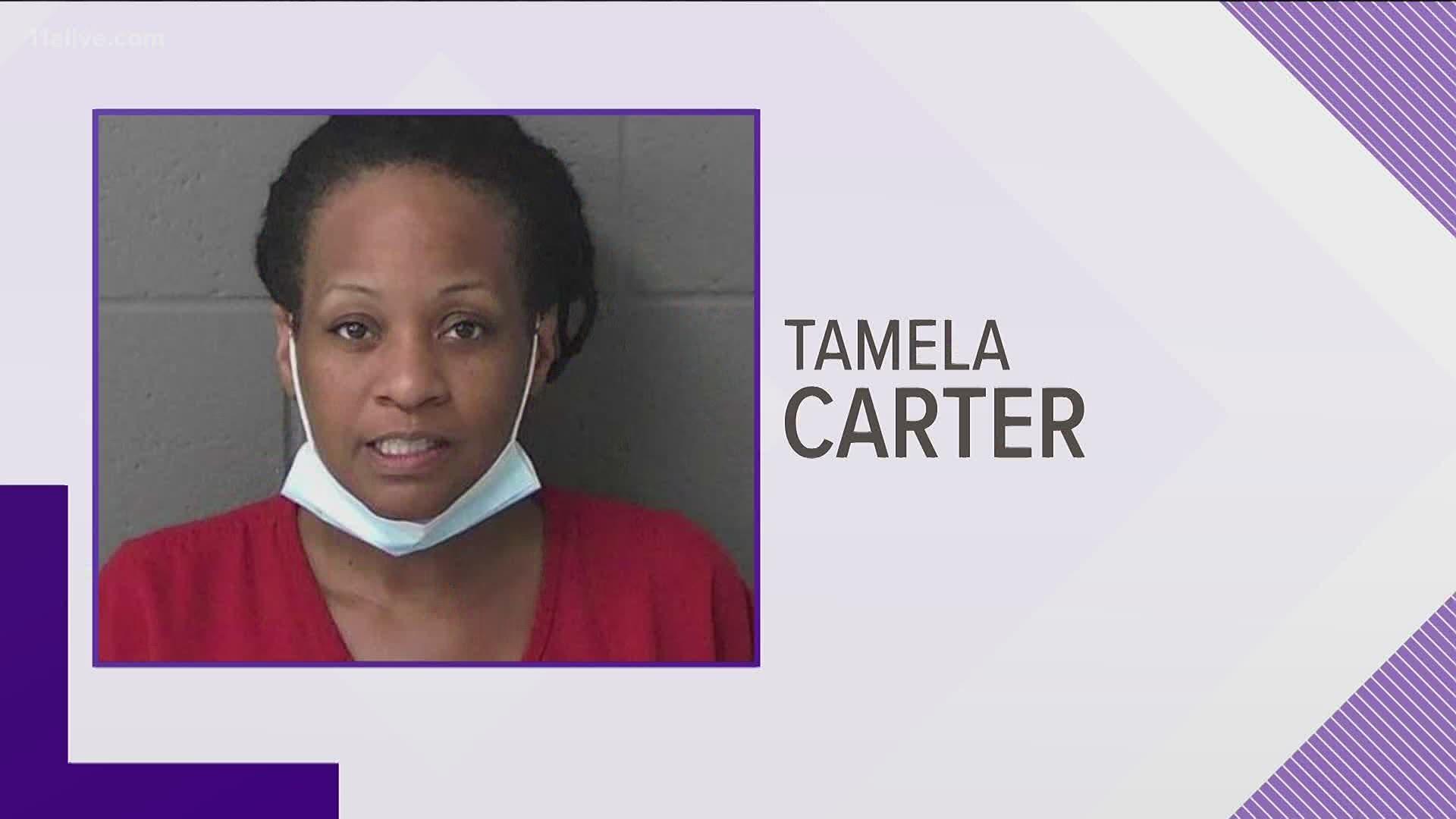 COVINGTON, Ga. — An elderly man's family member has been charged with covering up his death and accessing his social security account for months, after an extensive joint investigation by the Covington Police Department and Newton County Sheriff's Office.

According to the police department, it all was sparked after human remains were found back on Aug. 13 and reported to the Newton County Sheriff's Office.

About two weeks later, Covington Police said they were contacted by family of 72-year-old Perry Davis, who were growing concerned about his well-being. Family, who lived in Ohio, said they were getting mixed messages about his condition from his caregiver, 48-year-old Tamela Carter, in Covington. Carter, according to police, is Davis' daughter.

Carter, according to police, initially told family that Davis had died back in April of natural causes and was cremated. But when she later failed to show up for in Ohio for a family memorial, police said Carter changed her story and led family to believe that Davis was "OK" and living in a care facility.

On Aug. 26, Covington detectives executed a search warrant on Carter's home, but found no evidence of her 72-year-old father. Police said there was also no record of a death certificate for Davis.

Police said Carter admitted to being Davis' caregiver, and she led police, like family, to believe that he was "OK" in a care facility. However, police said she would not tell them which facility because she did not want family members in Ohio to know. The Davis family and Carter, according to police, had been in a lengthy dispute over finances and the care of the elderly man.

Because of this, Covington police detectives and Newton County Sheriff's detectives began working together to determine if those remains found earlier were actually Davis'. At the same time, investigators came to the conclusion that there was no record of Davis as a patient anywhere in the state of Georgia.

Police said about a month after the remains were found, they conducted another interview with Carter, who admitted to police that her father had died in his bed at his Kirk Street home back in April and that she took her father to a wooded area off Boy Scout Road in Newton County and put his body there. Police said she led them to the location where the remains had been found, and told police that she continued to access Davis' social security account for four months after his death.