Attorneys for Rayshard Brooks, college students who were tased meet with Fulton D.A., join call for a new prosecutor

District Attorney Fani Willis has now twice requested to transfer the cases out of Fulton County. Both requests were denied by the state attorney general. 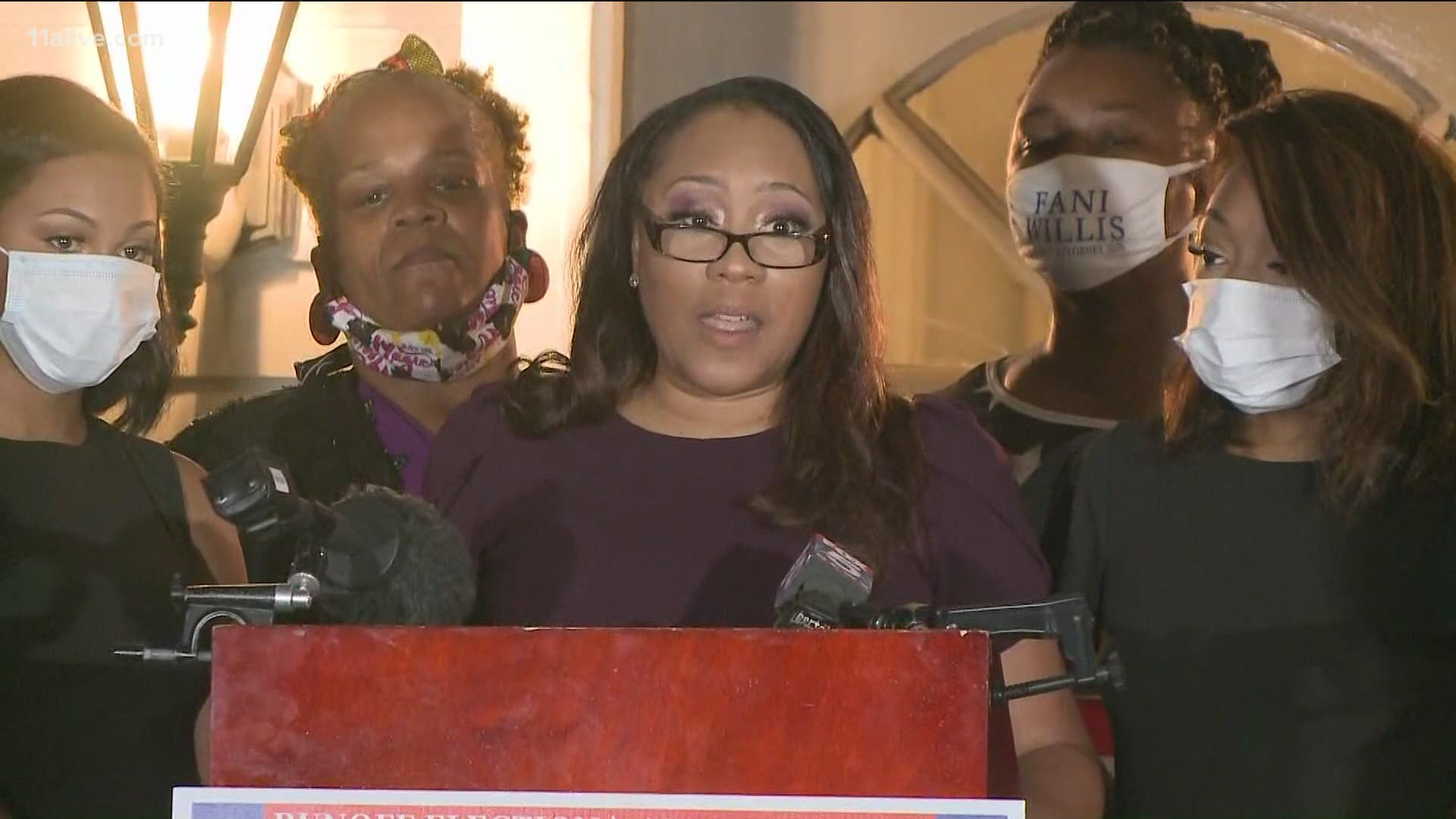 ATLANTA — Taniyah Pilgrim and Messiah Young, HBCU students who were grabbed out of a car and tased by Atlanta Police during protests last summer, and Tomika Miller, the widow of Rayshard Brooks, met Tuesday with Fulton County District Attorney Fani Willis, along with their attorneys.

Willis last week had requested Georgia Attorney General Chris Carr to transfer the cases out of Fulton County and assign a new prosecutor, claiming conflicts of interest should disqualify her office from handling the cases.

Willis had argued her predecessor, Paul Howard Jr., had used the cases as a campaign prop in their race for district attorney last year, making it impossible for her to prosecute them. But Carr said state law only covered the disqualifying of prosecutors for their personal actions, not those of a predecessor.

Willis' office released a statement saying she disagreed with Carr's conclusion but would ensure justice is done and handle the cases accordingly.

She then sent another letter to Carr's office, requesting he reconsider his decision. The attorney general's office wrote back in response and stood by its initial decision.

“The decision set forth in this office’s letter to you on February 9th remains in place,” wrote Wright Banks, Georgia Chief Deputy Attorney General.

Attorney Chris Stewart, who is representing both parties, said they had been left in the dark and learned of the back-and-forth between Fulton's DA and Georgia's AG through news reports.

Stewart then reached out and requested a meeting with Willis. He said they meet Tuesday for around an hour and he called it a good meeting.

"She apologized for that," Stewart said of being left in the dark. "We accepted that. That was big of her to do that."

Stewart, along with his law partner Justin Miller and attorney Harold Spence, spoke with reporters after the meeting.

Spence is with Davis Boseman Law, representing Messiah Young who was tased along with Taniyah Pilgrim.

"While these two young people attempt to recover, we are having this jurisdictional battle about who is going to handle the criminal prosecution of this case," Spence said.

Where they are all united, however, is in the call for a new prosecutor to be assigned to both cases.

"Whether we agree with her or disagree with (DA Willis), it doesn't matter," Stewart said. "If she believes it and feels strongly about it, then that needs to happen."

Justin Miller added the decision to call for a new prosecutor is being driven by the victims, as they view it as the option that will keep the cases moving toward a resolution.

"What the family wants and the family needs is just a road to closure. To start down the path to have this thing done and put this behind them," Miller said.

Brooks' widow Tomika Miller and a coalition of activists and lawmakers called The People's Uprising had previously criticized Willis for seeking to transfer the cases, which they want tried by a prosecutor's office with the resources of a large metro Atlanta county like Fulton.

In the Brooks case, ex-Officer Garrett Rolfe is charged with murder. A second officer who remains with the force, Devin Brosnan, faces an aggravated assault charge.

In the other case, six officers face various charges for how they handled detaining Pilgrim and Young during downtown protests last summer.

Pilgrim was never charged, and unspecified charges against Young were dropped.

After the back-and-forth between Willis and Carr, Rolfe's attorney filed a motion Tuesday asking for charges against his client to be dismissed.

In the motion, Attorney Noah Pines argued that after Willis said her office was not qualified to prosecute the case, and Carr denied her request to assign a new prosecutor, Pines said his opinion is that there isn't a qualified prosecutor assigned to the case.

Meanwhile, Rolfe isn't in jail but facing restrictive bond conditions. Without a qualified prosecutor to push the case forward toward resolution, Pines is asking Fulton County's Superior Court to dismiss the case.

11Alive legal analyst Page Pate said the back-and-forth between Fulton's D.A. and Georgia's A.G. is unusual, and traditionally a prosecutor's request in these scenarios is approved. He said Willis has several options for moving forward that could still see the case transferred.

First, she could request a superior court judge to force Carr to appoint new prosecutors for the cases in question. Second, she could drop the cases entirely if she doesn't believe her office can handle the cases. Third, her office could continue handling the cases, but Pate believes that would lead to objections.