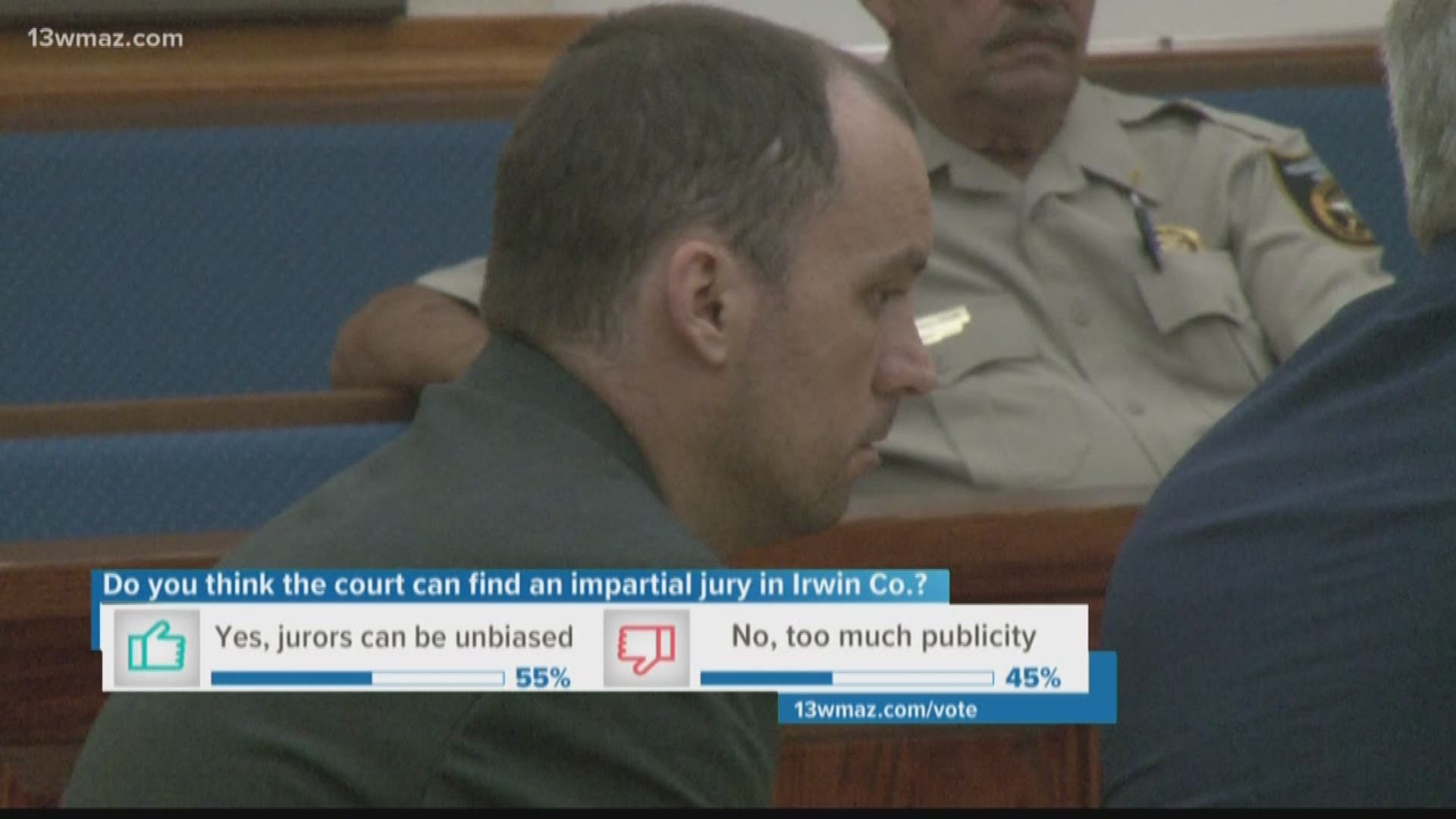 MACON, Ga. — The man accused of killing Irwin County teacher Tara Grinstead was back in court for a second day Tuesday afternoon.

On Monday, a judge denied Ryan Duke bail in the murder case, which has drawn national attention to the city of Ocilla.

Tueday, Duke's pre-trial hearing continued with the judge and attorneys discussing plans to try and find an impartial jury for his trial.

The prosecution asked Judge Bill Reinhardt to require the defense to provide an alibi for Ryan Duke on the night that Grinstead went missing.

They also asked the judge to set a date by which all discovery — or evidence— be submitted so both sides can begin preparing for trial.

Reinhardt says the state must submit theirs by Feb 22nd. The defense has until March 8th.

Both sides agreed that a questionnaire for potential jurors must be mailed out to Irwin County residents by March 1st.

After years of media coverage, and the small population of Irwin County, many assumed the trial would be moved out of Ocilla, but in December, Judge Reinhardt denied the motion for change of venue.

The defense team says they will likely have another hearing before the trial to discuss one more piece of evidence.

They are performing further testing on the latex glove found outside Tara Grinstead's home.

Monday, a GBI investigator said the glove contained DNA from Ryan Duke and from Grinstead.