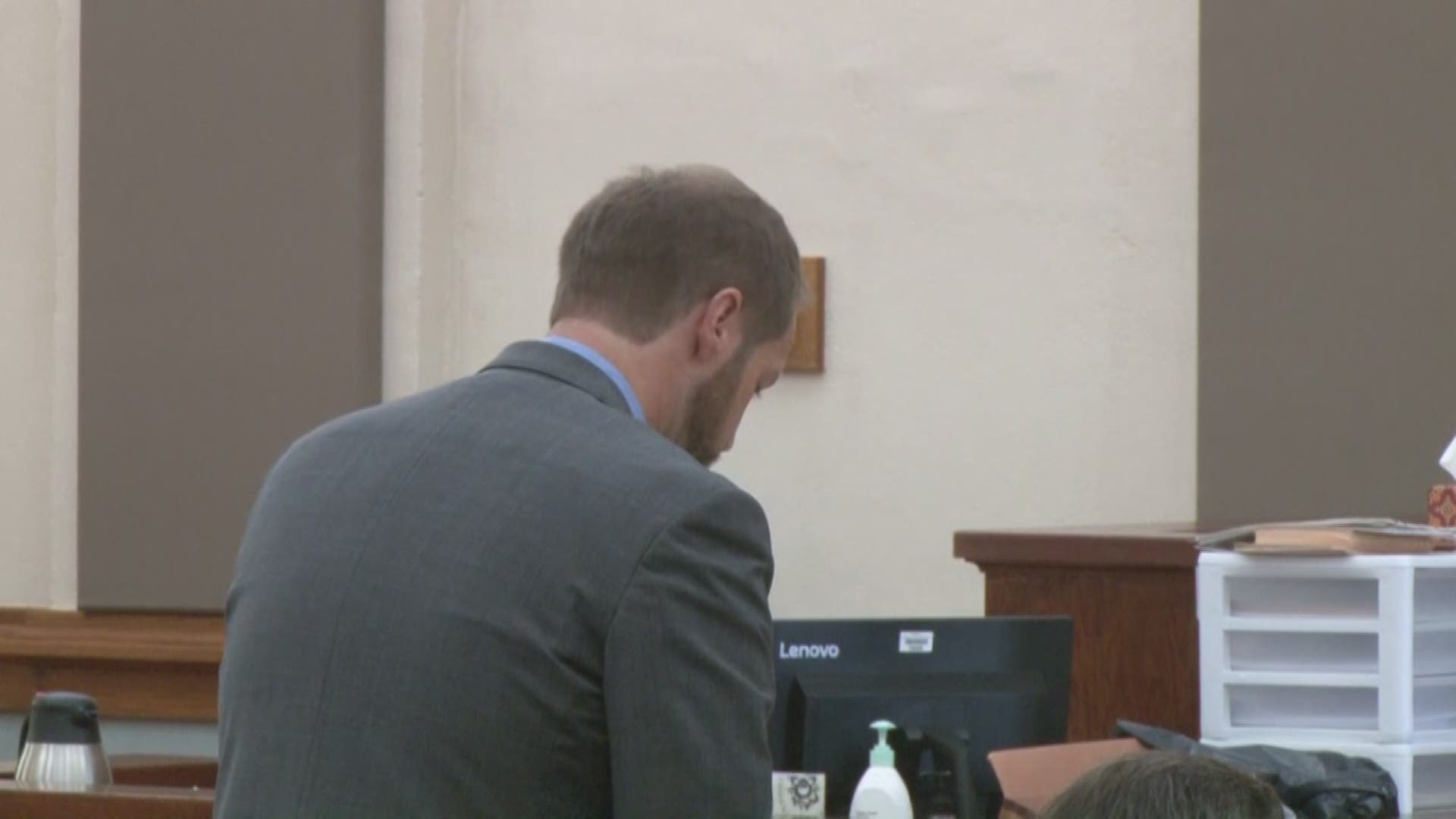 IRWIN COUNTY, Ga. — Ryan Duke's case is most likely headed back to the Georgia Supreme Court.

He's the man charged with killing Irwin County teacher Tara Grinstead and burning her body in a pecan field in 2005.

GBI agents arrested Duke in 2017, but his case still hasn't gone to trial. That's because the prosecution and defense are still arguing about funding.

For months, his pro-bono defense team has argued the state should pay for expert witnesses and investigators. They say this is the only way they can ensure Duke's constitutional right to a fair trial.

In June, the state's highest court said they could not even listen to arguments about who should pay for expert witnesses and investigators until the trial judge agreed.

On Friday, Duke sat with his lawyers, John and Ashleigh Merchant, at the front of the Irwin County courtroom. Grinstead's father and stepmother sat nearby.

Once again, the Merchants asked Reinhardt to order the state to pay for experts to help them prepare for trial.

Duke’s lawyers also argue he has a right to "ancillary services." The Merchants say they need money to pay for a psychologist, a DNA analyst, and an expert on false confessions.

Ashleigh Merchant told Reinhardt that the GBI had a chance to investigate and prep witnesses, but she would like to pull background checks on all of them. She says that will cost the defense around $300.

Merchant also argued they need money to fly in a key witness: Emily Dukes, Bo Dukes' current wife. Bo Dukes is the other man charged in relation to Grinstead's murder.

He is not charged with actually killing Grinstead, but he allegedly helped Ryan Duke burn and bury her body on his uncle's pecan orchard in Ben Hill County.

Missed any part of our Dukes trial coverage or want to see full testimony from each witness? Check out our YouTube playlist of the complete trial here.

“Ryan’s right to counsel is hand-in-hand with his right to ancillary services,” Merchant said.

The defense said without proper funding, Duke's 14th Amendment right to due process is being violated.

The prosecution argued Friday that the defense's request for state funding isn't even necessary.

Prosecutor J.D. Hart told Reinhardt that one of the experts Duke’s lawyers are requesting, a doctor, has already done an evaluation on Duke.

“What we’re talking about is spending taxpayer’s money,” Hart said. “They are asking for funding for something that’s already been done.”

Hart said the state’s responsibility to provide resources for Duke ended after he accepted the Merchants' offer to represent him for free.

At the end of the hearing, Merchant said pro-bono lawyers do not have a duty, nor the means to pay for expert investigators and witnesses.

“The court and state should do everything they can do to encourage pro-bono,” she said.

After about two and a half hours of arguments, both sides told Reinhardt that they'd like the Georgia Supreme Court to hear the funding arguments before the trial begins.

Hart told Reinhardt that the Grinstead family would also like to see the funding issue decided pre-trial.

The DA’s office says Reinhardt must sign a "certificate of immediate review" before the Georgia Supreme Court can hear the funding arguments.

There is no estimate on when a trial date will be set. The district attorney's office hopes the trial can start sometime in early 2020.