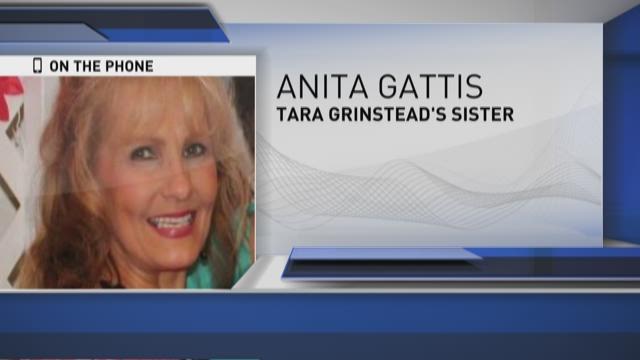 Tara Grinstead’s sister Anita Gattis says she is relieved after receiving word that the Georgia Supreme Court threw out a gag order in her sister’s murder case.

In a statement to WMAZ’s Chelsea Beimfohr, Gattis explained she hopes she gets answers to some of the questions she’s had for more than a decade.

You can read her full statement below:

Our family can now breathe a sigh of relief with the news we received today that the Georgia State Supreme Court threw out the modified gag order that had been issued last year by a lower court judge.

We are very grateful to the media outlets who were relentless and pushed forward their appeal to the high court, as well as for their intense coverage that has been given to the Tara Grinstead case since she vanished over 12 years ago.

In my opinion, [the] gag order was never needed! It has hindered law enforcement from giving us any details of my sister's case.

My husband and I have so many unanswered questions; many of the same ones we've had for over a decade.

It's our hope that now the District Attorney's office, as well as the GBI, can share with us what happened during that fourth week of October 2005.

We've lived too long "not knowing". With the trial of Ryan Duke starting later this year, this decision couldn't have come at a better time.

Beimfohr will have more with GBI Special Agent J.T. Ricketson about what this means for the case later tonight.