Tax assessments for some Fulton County homeowners will go up more than fifty percent this year. 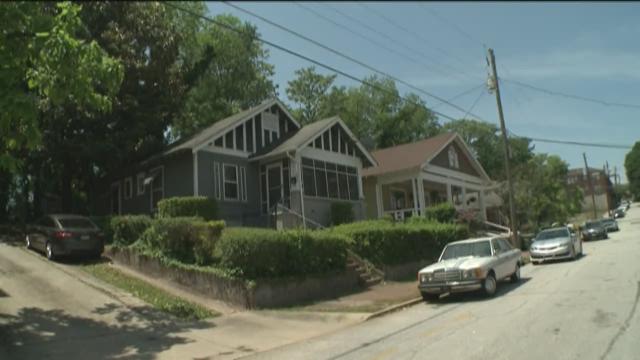 Property tax assessments for some Fulton County homeowners will go up more than 50 percent this year.

11Alive attended the Fulton County Tax Assessors meeting Thursday morning where they talked about the rise in property value assessments. Maps of Fulton County were posted on the walls showing the areas assessed and the percentage of increase.

The areas in dark red are the ones that include homes that will see a more than 50 percent increase in value. They span from Milton in the north end of the county to Chattahoochee Hills on the south end. In the middle of the county, some homeowners along the Beltline could also see increases of more than half.

Officials said their assessments are making up for lost time.

“The 2016 digest, we did not do a residential review for 2016 so we have had to play catch up,” said Dwight Robinson, chief tax appraiser for Fulton County. “So those increases represent not just 1 year. It represents 2 or 3 years when nothing was done.”

The Board of Assessors decided to wait another week to discuss tax assessments in the areas where the biggest increases are expected - like neighborhoods along the Beltline.

“There was a rumor floating around that neighborhoods like Old Fourth Ward would increase by 100 to 200 percent,” said Robinson. “That is totally false.”

When 11Alive’s Melissa Lee pointed out that Robinson said in the meeting that specific homes may see a 100 or 200 percent increase, Robinson affirmed that.

Letak is worried about his neighbor. She’s an elderly woman who has lived in her home since 1975. She’s looking at a possible three-fold increase in her property taxes.

“Why would you raise her property tax,” said Letak. “Her house is the same since 1975. It hasn’t changed. Nobody’s built anything. There are no improvements to it. She’s lived here. She’s on a fixed income. She’s been in this neighborhood since it was horrible.”

His sentiment is mirrored by many residents with whom 11Alive spoke.

“I’ve been here 11 years and have seen my property taxes go up four times," one resident said. "I don’t know why I have to be penalized when I have been living in in this neighborhood when no one wanted to.”

Fulton County will begin mailing out tax assessments to homeowners next week. Those who disagree with their home’s value you can appeal your assessment.

They can also file for different exemptions, like the Homestead Exemption, which could decrease the tax bill. However, applications are due between Jan. 1 and April 1. Any applications filed now will not go into effect until the 2018 tax year, if they're approved for the exemption.

Get more information about how to appeal and exemptions on the Fulton County Board of Assessors website.