'He was a person that could really make a difference': Teacher remembers teen killed in bus stop shooting

An Eastern High School teacher said the death of 16-year-old Tyree Smith marks the second time she's lost a student in her career. 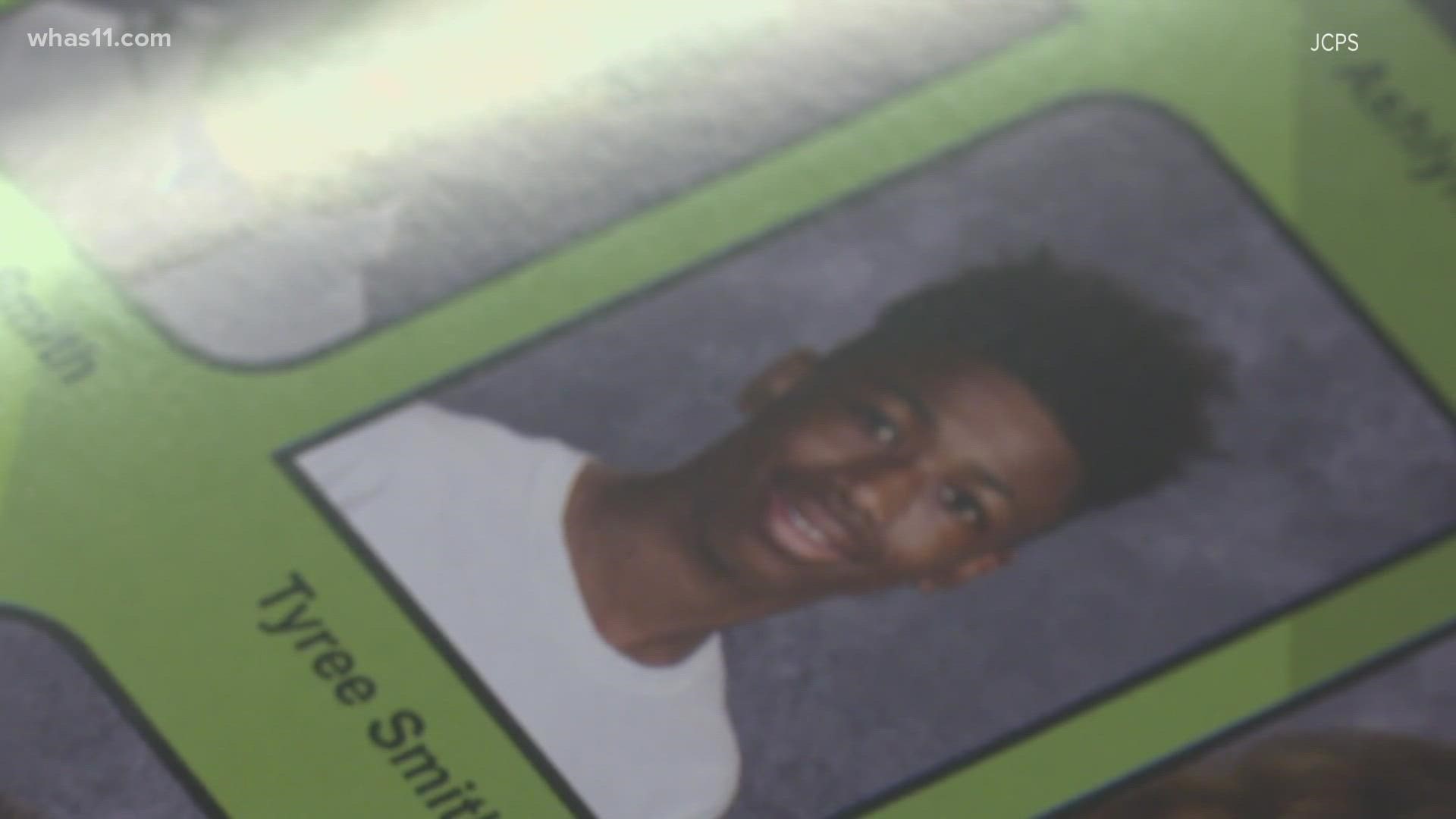 LOUISVILLE, Ky. — It's been nearly a week since a 16-year-old was killed and two others minors were injured in a shooting at a bus stop.

For one Eastern High School Teacher she shares one student's violent death is one too many.

Emily Kolb taught Tyree Smith when he was in the ninth grade. She tells WHAS11, he was very special and eager to learn.

"You can just see his face," explains Kolb. "He was a person that could really make a difference. He could talk to anybody. I can remember him leaning back in the library and yelling, 'Come look at this, this paragraph is awesome.' And he would always say eeee and call you in because we was so excited.

Last week, Tyree was shot and killed while waiting for his school bus, a situation Kolb said had lasting impact in and outside of her classroom.

Kolb shares Tyree is the second student she has lost in her career and that this can be prevented if everyone in the community gets involved.

"I was listening to Jecorey Arthur at a press conference last week and he said this is everybody's Louisville, everybody needs to step up. Its not a thoughts and prayers situation, this is a take action situation and that's going to be different for every person. There are people  saying go stand with your kids at bus stops, but it's time to take action and get involved. And we absolutely can not stop until we have justice for Ty."

LMPD is still investigating the case.  anyone with information that could help solve the case, call the tip line 574-LMPD.