Zoe Ordway's car was smashed as she tried to make a left turn, leaving her hospitalized. She, her parents and neighbors want her accident to be the last one there. 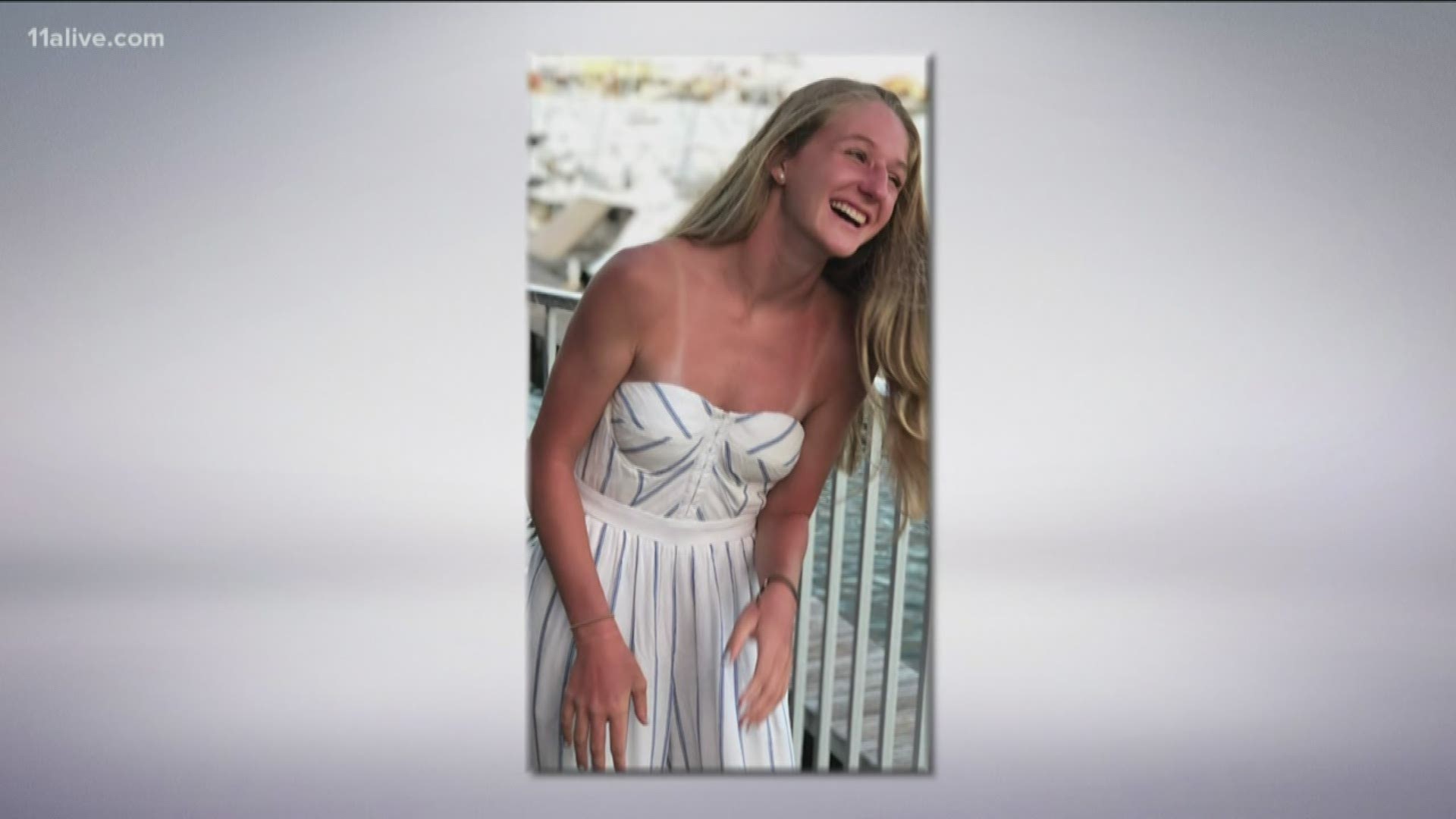 FORSYTH COUNTY, Ga. — High school athlete Zoe Ordway was driving on her way to cross-country practice at West Forsyth High School early Monday morning. She was seriously injured when her car was broadsided by a pick-up truck, less than a mile from her home.

The collision was at an intersection in Forsyth County that the sheriff's office says has been a dangerous problem in the county for years.

Zoe's family said she was trying to make a left from Bentley Road onto Post Road. Because of the terrain and the configuration of the lanes, she could not see the oncoming truck - and the driver of the truck could not see her, either, until it was too late.

The 16-year-old, just starting her Junior year, went through hours of surgery Tuesday for multiple broken bones as a result of the accident. But Zoe said she is thinking of others and is thankful for their prayers and support.

She and her parents said they are determined to fight to make the dangerous intersection safe, once, and for all.

He just happened to drive up on the wreck a few minutes later, as he was on his way to work.

"I don't know how many more residents on Bentley Road have got to be casualties of that intersection before the commissioners and the county will do something to protect not only my daughter, but friends and family on the road," he said. "It's a hard thing to watch your daughter be cut out of a car."

Sheriff's deputies gave Zoe a ticket for failure to yield, but the sheriff's office said that the intersection has been a danger to drivers for years. A Sheriff's spokesman told 11Alive News that most of the drivers who end up in collisions there also get charged with failure to yield, even though their lines of sight are obscured. The Sheriff's Office is researching records at 11Alive's request to find out how may wrecks there have been on that stretch of Post Road in recent years.

“Hopefully this will change that intersection and bring some awareness, because we don’t want this to happen to anybody else," said Zoe's mom, Tricia Ordway.

Forsyth County officials said that Post Road is a state road - Georgia Highway 371 - and they said that, so far, the Georgia Department of Transportation has refused to install traffic lights, despite the increasing traffic.

11Alive is working to find out, from the county and from GDOT the status of plans to improve Post Road, to make it safer - possibly with traffic lights.

"They can do something," Scott Ordway said. "I don't care if it's a state road or not."

Zoe Ordway, her family and their neighbors said they are even more determined, now, to fight the county and the state--for each other--to make the intersection safe.