A family grieves after two weeks with no answers. 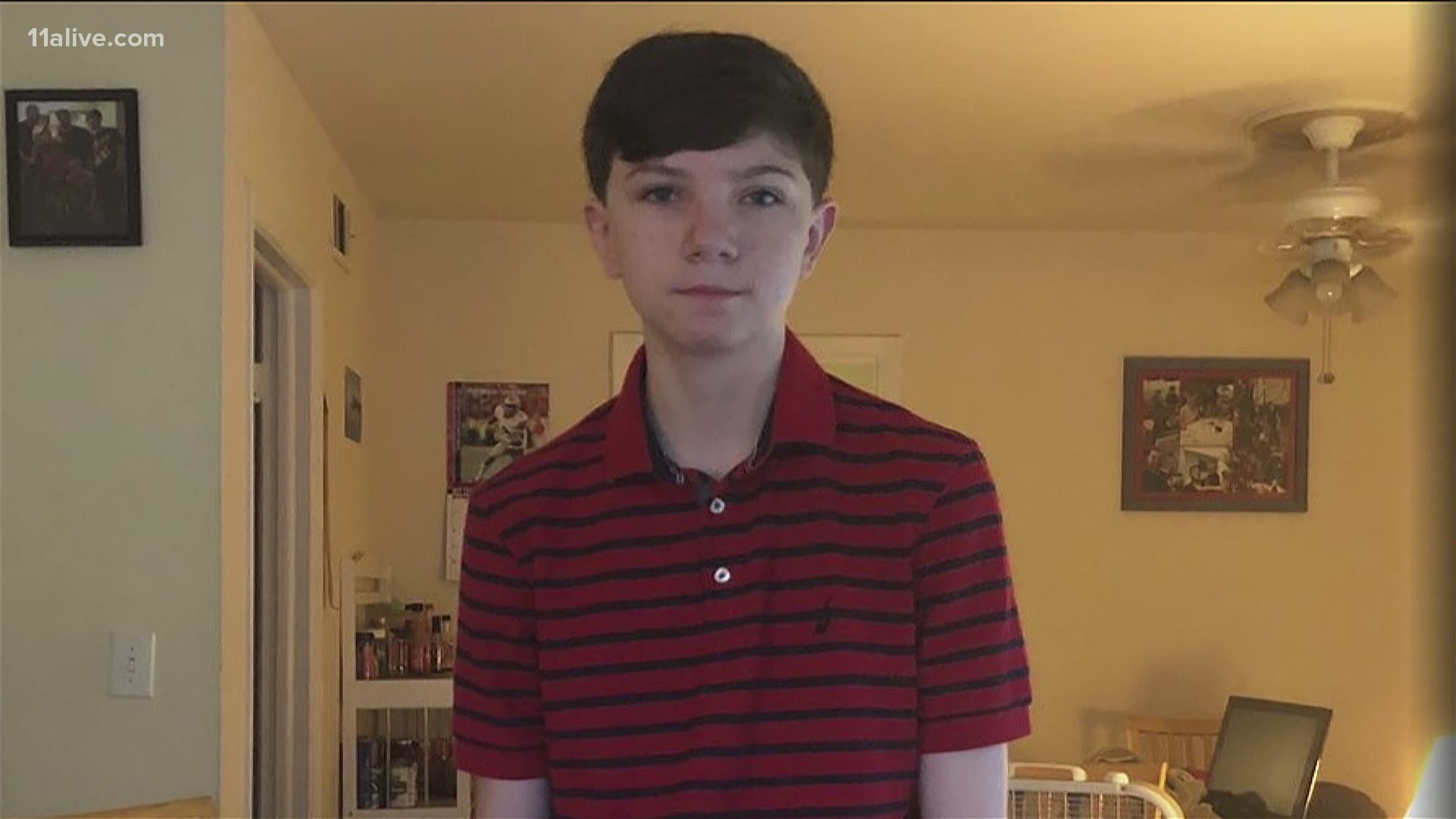 DEKALB COUNTY, Ga. — DeKalb County Police are looking for the driver who hit and killed a teenager two weeks ago. The teen’s family wants to have some sort of closure as they head into the holidays stricken with grief.

"It’s weird because you go from being able to handle it to crying," said Jason Poe, the teen's older brother.

Jason Poe buried his youngest brother, John, last week, but the reality of him being gone is just setting in.

"Now you realize the only thing you have left are memories and that is really hard," said Poe.

The teen left a friend’s house early in the morning on November 14, riding his bike, but never made it home.

Poe’s family reported him missing later that day and started handing out fliers along Covington Highway. They had no idea, hours earlier, John had been struck by a driver in the same place they’d been looking.

Poe said there was confusion over which law enforcement agency would take the case and if the teen was a missing person or a run away, despite the family saying they had evidence of him being missing.

Dekalb County Police eventually ended up with it, but information was hard to come by. The family was notified 48 hours after the teen was killed in the hit- and-run.

It's a double tragedy the family will have to deal with around the holidays. Twelve years ago, John Poe's mother died in an unexpected accident weeks before Christmas.

"It would be a good way to help your soul to come forward. Help us heal and help yourself heal," said Jason Poe.

A police report says there is video that shows the car hitting John Poe. The car may have front end damage to the right side. If you have any information on the hit and run you’re asked to call crime stoppers.