The teen, tried as a juvenile, will begin serving the negotiated sentence after she spends the maximum allowed time in juvenile detention, up to her 21st birthday. 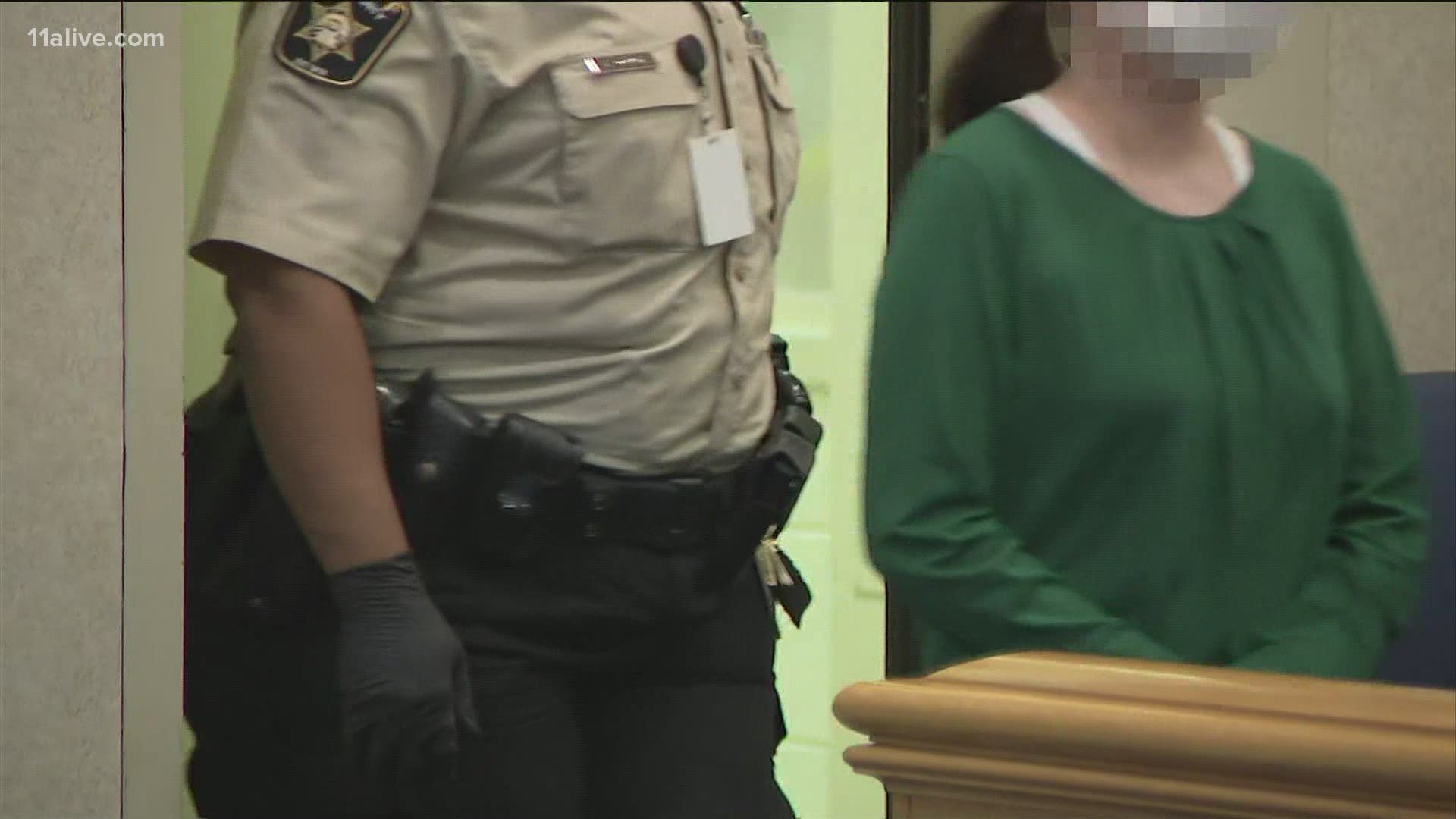 GAINESVILLE, Ga. — A Georgia teen whom prosecutors said took knives twice to a historically Black church in Gainesville last November with a plan to attack parishioners in the style of the white supremacist murder of nine people in Charleston, S.C., in 2015, was given a 10-year probation sentence after pleading guilty Thursday.

The teen, who was tried as a juvenile, will begin serving the negotiated sentence after she spends the maximum allowed time in juvenile detention, up to her 21st birthday.

In court on Thursday, prosecutors presented the outlines of how the plot came to light last year and church leaders gave victim impact statements that spoke of how the plot, as Bethel AME Church Pastor Rev. Dr. Michelle Rizer-Pool put it, remains "forever etched on my mind, carved in my heart and rests heavily on my soul."

Prosecutors said that the white - now 17 years old - Gainesville High School student last year had written out the plans in her notebook, which was discovered after a fellow student told a staff member about the possible attack.

A search of the teen's bag allegedly revealed, in addition to the notebook, two knives and T-shirts, one of which said "free Dylann Storm Roof" with swastikas drawn onto the arms. Roof was the gunman who targeted Black churchgoers at a Bible study at Mother Emanuel AME Church in Charleston five years ago.

Prosecutors said the shirts also included several writings on their back, including "I'm not crazy I had to do this," and, "I do consider myself a white supremacist."

According to the prosecution, while the teen was in the principal's office on Nov. 15, 2019 after the book bag was discovered, the school resource officer told her he did not think it would become a criminal matter, as her writings and T-shirts would be considered free speech.

"It's not freedom of speech because I intended to do it," she allegedly said.

At that point she was arrested and an investigation revealed she went to the 118-year-old Bethel Church with the knives in her book bag twice in the two weeks before she was arrested, believing she was going at the time Bible study would be happening.

"Thank God that both times the church was not having Bible study," Bishop Reginald T. Jackson, the presiding prelate of the AME Church in Georgia, who gave one of the impact statements. "Thank God that no one was injured or killed. Thank God that classmates who she told of her scheme told school officials, who in turn reported to local officials. And thank God that she was arrested."

"This incident was shocking, frightening, and alarming to the congregation of Bethel Gainesville," he added. "It made the edifice where they worshipped, studied in fellowship, not a refuge but a target, a place of danger.

"In their minds they can't help but wonder what could have happened to them and their loved ones. Bethel Church, in their minds, could have been another Mother Emanuel," he said.

Rizer-Pool, the Bethel AME pastor, spoke of the lasting "psychological damage, the destruction, the undisclosed costs, the evangelistic hindrance, and the time that has been lost" the teen's plot caused to the church community.

"I have waited from November 15, 2019 to this very moment. I have waited 343 days, which is converted to 11 months, 49 weeks and 8 days, which is further broken down to 8,232 hours and 493,920 minutes, in the hopes of standing before this court to tell those who will listen to this impact statement the irreversible harm and damage that the defendant's plan and plot caused Bethel AME Church - the membership, the community and the impact that it still has on this pastor," she said.

She also spoke of the lingering anxiety still permeating the church body.

"There is added stress of the membership focusing more on who is entering the door than what is being preached from the pulpit," Rizer-Pool said. "There is more focusing on the sounds outside made during worship service than the songs of Zion being sung by the choir."

She said when tragedy strikes in other parts of the country, church members will still call her and tell her: "That could have been us."

As part of her sentencing, the teen must comply with the recommendations of psychological evaluations and write a letter of apology to Bethel AME Church.

Judge Alison Toller, in accepting the negotiated plea, commended the teen for her behavior while in custody since last year.

"I appreciate how much you have worked on yourself," Judge Toller said. "From all accounts it appears that you have welcomed the assistance that you're getting, that you have taken the opportunity to get your GED and to further yourself and that you have been pleasant and working well with the staff. Through your detention you have made the best of a very bad circumstance."

Bishop Jackson, the AME Church prelate in Georgia, said that "while she apparently hates, or hated us, we do not hate her," and that he will pray that at the end of her sentence "she will be a better woman, free of hate, bigotry and a desire to do evil."

"We wish her well and lift her in our prayers," the bishop said. "Some might wonder why we are praying for her - it is because we believe in the power of prayer. That prayer not only changes things, but that it also changes people. We sincerely want her to change."