Police say they have an update in the case of an teen who was shot to death and dumped in an Atlanta park. 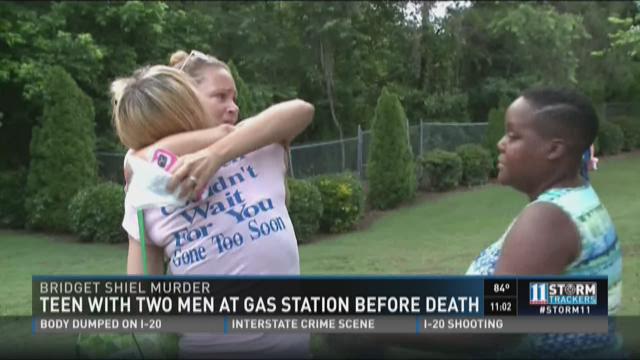 ATLANTA -- Police now say they believe a teen was shot and killed at an Atlanta park.

The body of 19-year-old Bridget Shiel was found on May 31 at Rev. James Orange Park at Oakland City. She had no clothes on and had been shot multiple times with what police described as "radically-invasive bullets."

Police said on Friday they have new evidence that leads them to believe that Shiel was shot in the park. They had previously stated that she may have been dumped at the park. She appeared to have been shot while running away from her attackers, police said.

The night before, Shiel talked to a friend on the phone around 10:50 p.m. and seemed fine.

Later that night, a witness told police that she saw Shiel at a Shell gas station in DeKalb County looking uncomfortable with two other men. That took place between 11:23 and 11:30 p.m. on May 30 at a store on Rockbridge Road and Memorial Drive. The witness said that Shiel was a passenger in her own car.

"So she's not in control of her vehicle," said Atlanta Police Detective Vincent Velaquez. "We don't know at that point if she is truly was kidnapped, or was there willingly and then something happened later -- we don't know. But the witness described her as being under duress."

Police found her vehicle the next day nearly 20 miles away behind Crowe's Plaza shopping center in DeKalb County.

Investigators had previously said they had no leads in the case.

Police only had a vague description of the two men seen with Shiel. One man is described as a black man, 20 to 30 years old wearing a white t-shirt with a goatee.

RELATED | Photos of Sheil and the park scene