Was Tex McIver slow and uncaring? Or did he rush to help his wife during her final moments? 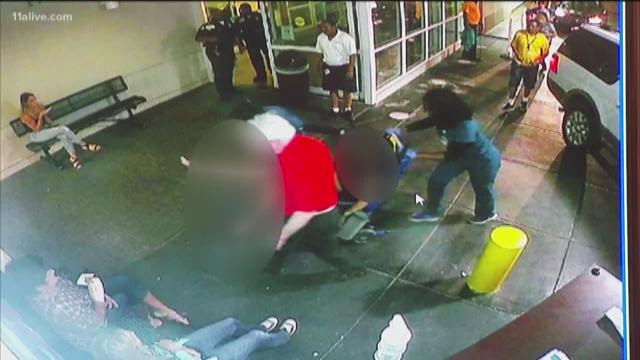 In the third day of testimony for the Tex McIver trial, jurors pivoted from hearing about Diane and her character to becoming witnesses themselves to her final moments.

On Wednesday, friends and employers described Diane as a shrewd business woman, but a kind friend before she was shot in the back. On Thursday, though, jurors watched, again and again, the final moments of Diane's life, caught on hospital surveillance video.

The raw video that jurors watched shows her arrival at Emory hospital. It's too graphic to show to our audience unedited, but it's a vital piece of evidence in the murder trial for her husband, accused of intentionally shooting her.

As the video played, lawyers from both sides were pushing jurors not to look at Diane, but at Tex and his demeanor as his wife was dying in front of her.

Prosecutors argued that Tex appeared to be lazy, slow and uncaring about his wife's well-being in the video. They pointed out that he walked up to the valet and spent time holding the door of the car, instead of holding his wife.

While there's no audio for the video, Tex's defense argued that he can be seen yelling "Gunshot!" and asking the valet to get help. Tex's attorney asked the first nurse on the scene if she thought the defendant was in a rush.

"So he's walking next to the moving car, right? He's hurrying," the defense asked.

"He wasn't rushing, no," the nurse testified.

"But he's not being lazy about it, he's asking for help. Right? That's what he's doing," the defense countered.

The nurses were up close to Tex when he came in to the hospital, and they all had different impressions of how he behaved that night.

One nurse said she smelled alcohol on his breath and he was red-faced with a blank expression. Another said she had to ask Tex to help her get Diane in to the hospital. Blair Brown, the nurse who got Diane out of the car, remembered asking him what happened.

But another nurse, Allison Neely, testified. "He was just uncaring. He wasn't distraught, he wasn't emotional. Nothing."

The nurses also testified that Diane was conscious and knew what was going on, telling them "It hurts, it hurts," and asking them if she was going to die.

Also discussed during court proceedings is the detail that Diane was brought all the way to Emory Hospital, even though they were closed to Grady Hospital and Emory Midtown – something prosecutors are careful to point out.

On Friday, jurors are expected to hear from the doctor who took Diane's final request – that she not see her husband.

Catch up on daily recaps of the trial, here.