There were many jurors who took the stand and expressed concern that they knew too much about the case already. 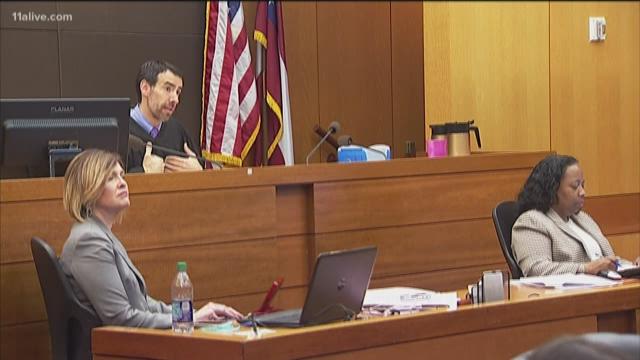 Jury selection in the Tex McIver murder trial continued Wednesday, with about 60 potential jurors picked in the first round. Attorneys need a total of 65 jurors to move on to the second round of questioning, during which the final jury will be seated for the trial.

Claud “Tex” McIver is accused of intentionally killing his wife, Diane McIver, in September 2016. Diane died after being shot in the back with a handgun. Tex is charged with malice murder and six other counts, including three counts of efforts to unlawfully influence witnesses in the case. He says he was holding the gun in the backseat of his car when he fell asleep and the gun accidentally went off.

There were many jurors who took the stand and expressed concern that they knew too much about the case already due to extensive media coverage. Some, like potential juror 82, said they had already formed an opinion of McIver’s guilt or innocence.

“(When Diane McIver was in the hospital) the doctor asked if she wanted to see him in the hospital and she said no,” said potential juror 82. And that really struck a chord with me because I think personally if I were in that situation I would begging to see my husband. So I’ve formed an opinion that, you know, it sounds guilty to me.”

She was eventually dismissed, not because of her opinions about the case, but due to medical hardship.

Juror 89, who referred to himself as a “recovering attorney,” was excused from jury duty due to bias against McIver.

“His lens has been altered by what he’s read and what he’s seen and what he’s heard,” said Judge Robert McBurney, who is presiding over the case. “And he would focus on the evidence but something he hears he would treat differently because of what he has already been exposed to.”

With that, Judge McBurney dismissed Juror 89 from service.

11Alive is the official station for in-depth Tex McIver trial analysis and updates. Every night at 7:30 Vinnie Politan and his legal dream team will be LIVE on the #TheLateFeed Facebook page breaking down what happened in the trial that day.