The commission is made up of lawmakers, department directors and community leaders who are searching for legislative solutions to end gun violence. 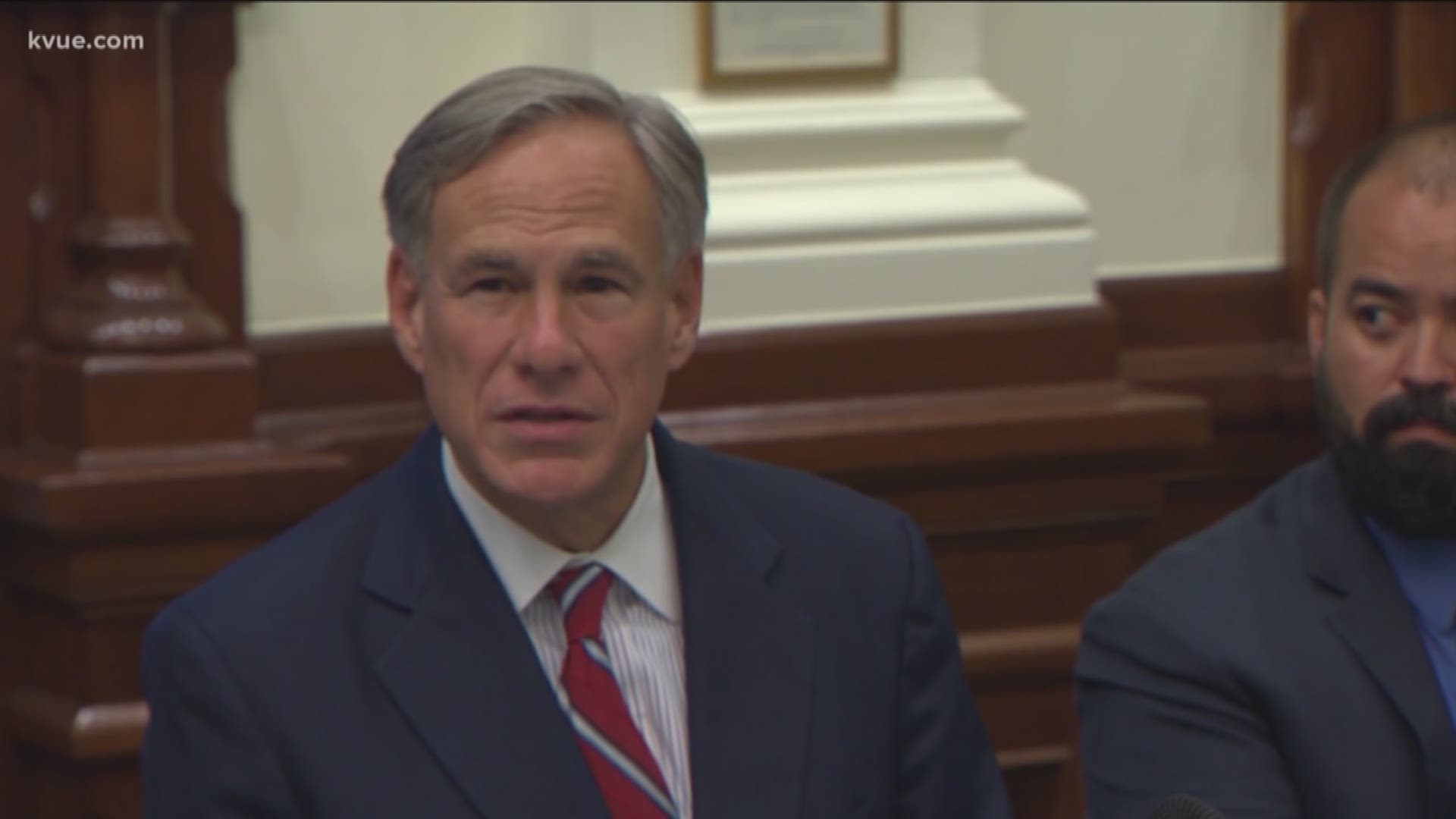 "We understand the magnitude of this issue, the imperative that we come up with solutions," Governor Greg Abbott said.

Gov. Abbott announced Monday that he had formed the Texas Safety Commission in the wake of the massacre in El Paso when a lone gunman walked into a Walmart, wielding an assault-style weapon, and killed 22 people and injured two dozen others.

News media were allowed inside the Texas Safety Commission meeting for opening and closing statements by Gov. Abbott.

"We will be focusing our questions with the participants today on ideas and suggestions that can lead to laws," Gov. Abbott said. "But remember this, and that is, the way Texas government works, action can be taken without laws being passed."

Lawmakers were expected to meet for two hours but sat talking behind closed doors for more than four.

When reporters were allowed back in the room, Gov. Abbott said the conversation was productive and a good start. He said the commission discussed a variety of topics, from providing more counselors for El Paso school children to closing the gaps in existing background check laws to having a more robust reporting system.

He also said they discussed things that they didn't reach a consensus on, including assault weapons and red flag laws – though the governor seemed supportive of creating a welfare check system that would give law enforcement more leverage.

"If you look at the details of what happened ... arguments can be made that it wasn't sufficient to raise to the level of what someone would call a 'red flag' or an emergency protection type situation, but it could be categorized as something that would lead to a welfare check," Gov. Abbott said. "What happened is the killer's mother raised concerns to the local police department about the fact that her son had this type of gun. Having a gun is not against the law, especially for someone of this age, especially since he received that gun through a background check. But there was a concerned mother who raised issues to law enforcement. Is there some new type of strategy we can have that will lead to welfare checks when issues like that are raised? That is an issue that we need to explore."

The Director of the Department of Public Safety, Col. Steve McCraw, agreed.

"We can't afford to wait for probable cause. If it gets to be the point of just suspicious activity, we have an obligation to act," McCraw told KVUE.

But he added there are already steps law enforcement can take.

"There's laws on the books, and I can use an example up in Lubbock. We're able to use a mandatory commitment of an individual who clearly had problems, had a gun but had problems," McCraw said. "So, there's other things you can do, depending upon the circumstances. But one thing we can't do, we can't sit back and do nothing."

McCraw said leaders also have to find ways to make sure the public is more aware of reporting systems, like iWatchTexas and the pre-attack indicators, to increase community reporting.

"Today what we have is individuals who are lone actors. They've been self-radicalized, they're easily moved toward soft targets and they can get access to weapons. And that's a major threat and we're concerned about it," McCraw said.

Democratic lawmakers from El Paso said they're encouraged by the conversation.

"At this point, there was just so many different ideas thrown around that I'm hopeful that as a result of all the different discussions and getting so much different input that there will be change," Representative Lina Ortega said.

They're also encouraged by the message of unity from the governor to a community struggling to heal.

"We know that more than just your hearts are broken. We know that you feel like you are attacked as human beings. We want you to know that we, as Texans, come shoulder-to-shoulder and side-by-side with you as one family, working together with you in this healing process. You are us and we are you. And we're going to be there for you all the way through," Gov. Abbott said.

The commission will meet again in El Paso on August 29 at the Region 19 Education Services Center. The first portion of the meeting will focus on community healing, which will include meeting with survivors and members of some of the victims' families.

WATCH: The Last Word: Mass shootings a reminder of the need to call out racism