David Espinoza was a June 2019 graduate of Lyndon B. Johnson High School in Laredo. 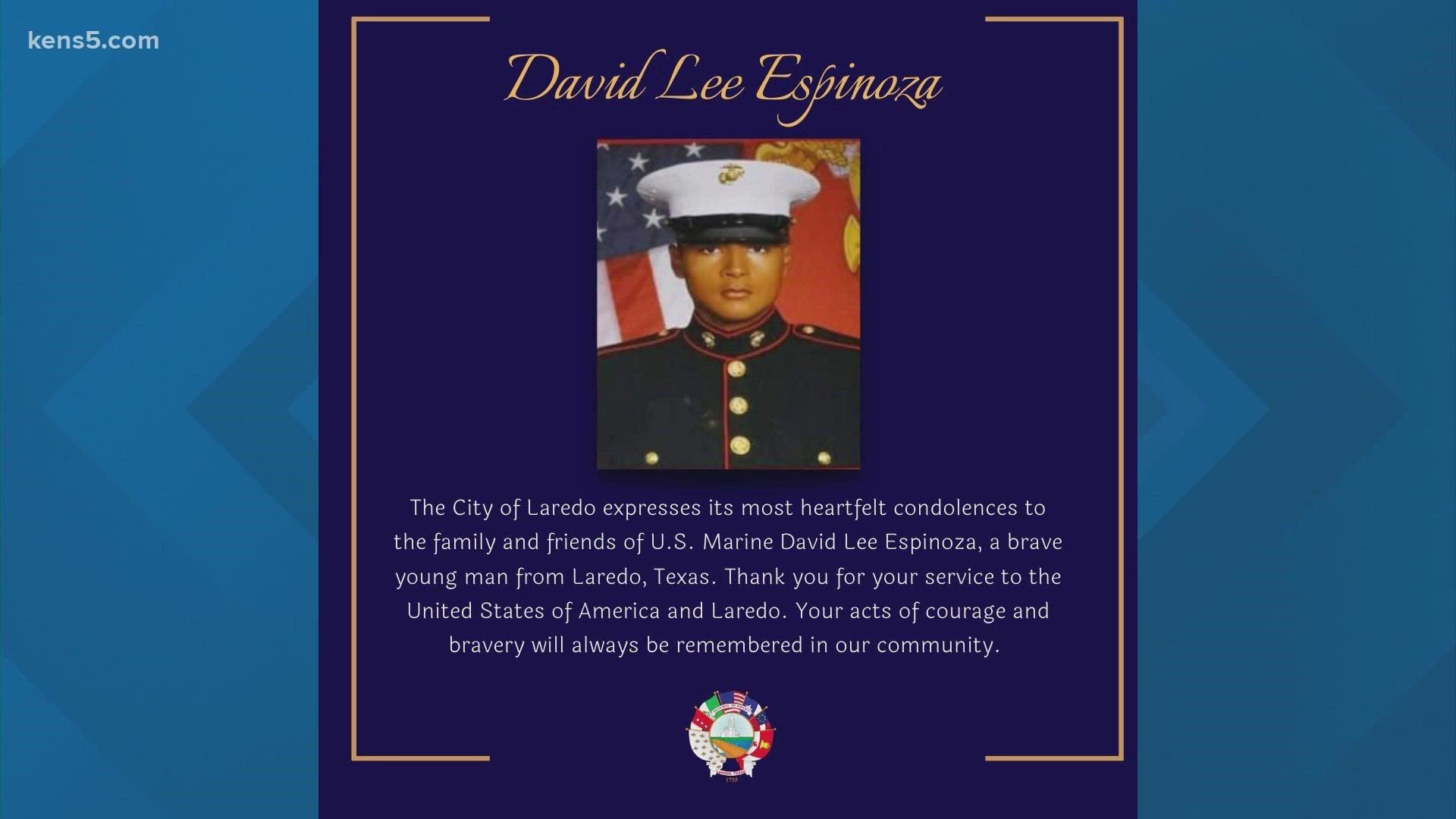 LAREDO, Texas — A funeral service was held Monday for U.S. Marine David Espinoza, who was one of the victims killed in the twin explosions at Hamid Karzai International Airport in Kabul, Afghanistan.

Watch the funeral services below:

Congressman Henry Cuellar released a statement following his death stating, "Mr. Espinoza embodied the values of America: grit, dedication, service, and valor. When he joined the military after high school, he did so with the intention of protecting our nation and demonstrating his selfless acts of service," said Cuellar. "Mr. Espinoza is a hero.”

Espinoza was a June 2019 graduate of Lyndon B. Johnson (LBJ) High School in Laredo. He is survived by his brother, mother, Elizabeth Holguin and stepfather.

President Joe Biden vowed to avenge the deaths of the 13 American troops and dozens of Afghans in the attacks at the Kabul airport.

In an address after the attacks, Biden declared to the extremists responsible: “We will hunt you down and make you pay.”

The president, speaking from the White House Thursday, said the U.S.-led evacuation of Americans and others from Taliban-controlled Afghanistan would proceed, and indeed more than 12,000 people were airlifted from Kabul in the last 24 hours, as of Friday morning. U.S. military officials have said they are braced for more attempted attacks by the group Biden said was responsible for Thursday's attack — the Islamic State group's Afghanistan affiliate.