Election night ended on Tuesday with several hot races still in limbo, which remained the case on Thursday. 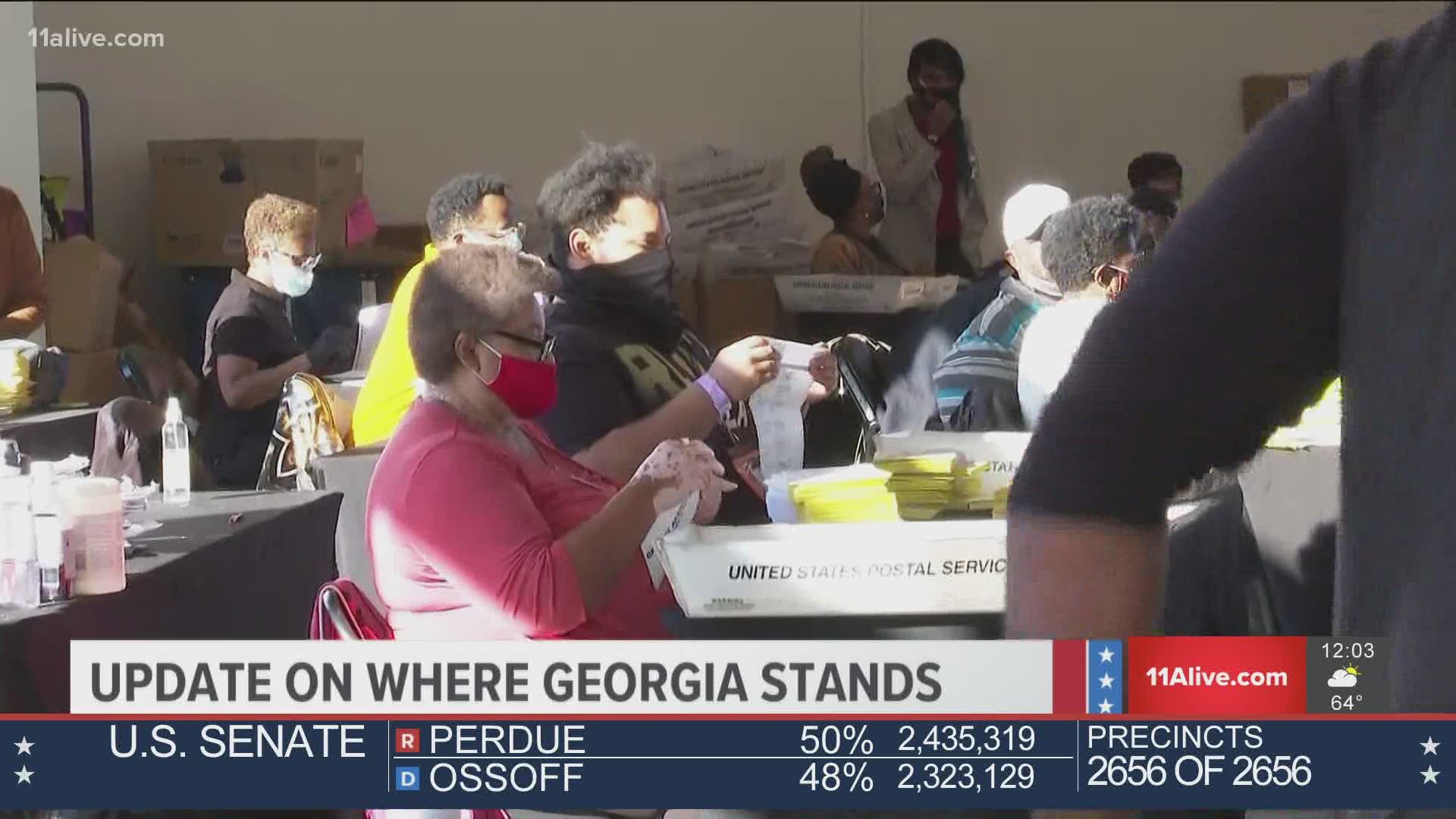 ATLANTA — Two days following Election Day, millions of Americans across the country are still anticipating results to determine who will be the next president.

Election night ended on Tuesday with several hot races still in limbo, which remained the case on Thursday. Now, election officials in several Georgia counties including Fulton, DeKalb, Gwinnett, and Cobb are working around the clock to process and count the ballots.

The winner of the presidency has not been declared and Georgia is one of only a few states that has been labeled by political officials as too close to call.

The burning anticipation for results have found an outlet in the form of several internet memes that depict how voters are feeling.

I’m going to go ahead and do it. We need election memes. Only non partisan here please. What have you got? pic.twitter.com/YcBZunO40L

When it's Daylight Savings Time, Election Day, and the end of the 1st Quarter all in the same week pic.twitter.com/MaSNkW8l04

Nevada: I’m on the freeway pic.twitter.com/YY3LmfIbWq

Mail in votes are taking so long... I swear this is what they’re doing with each vote #nevada #arizona #pennsylvania #georgia pic.twitter.com/ASxgt06cL6

It just occurred to me that this election is following the plot of The Notebook:

- A white house
- Mail that wasn’t received
- A lot of fighting
- It wasn’t over
- It still isn’t over pic.twitter.com/5fXL0Qx2Nb

Live footage of Nevada working on those ballots pic.twitter.com/14RrZ2Ce8w

The memes are poke fun at a very intense election that is still underway.

On top of the cautionary measures taken during the pandemic, Americans are reportedly overwhelmed with anxiety during election season.

Nearly 70 percent of Americans said the presidential election is a major source of stress, according to the American Psychological Association.

Mental health expert and licensed psychotherapist Ashley Bryant said the best ways to cope with stress are to limit television and social media time, practice being present, plan a mental health day, and stop asking "what if?".

“I’ve seen several people that are very anxious about the election and I try to get to them to focus on the right here and the right now because we’re focusing on what if that happens, what if this happens and we get in this spiral. So, I encourage people to focus on what’s happening right now," Bryant told 11Alive.

Election experts advised voters to prioritize their mental health as case the election drags on.