The lawsuits that could impact Georgia's governor race

The race between Democrat Stacey Abrams and Republican Brian Kemp has yet to be officially called, but these lawsuits could have a say in the decision. 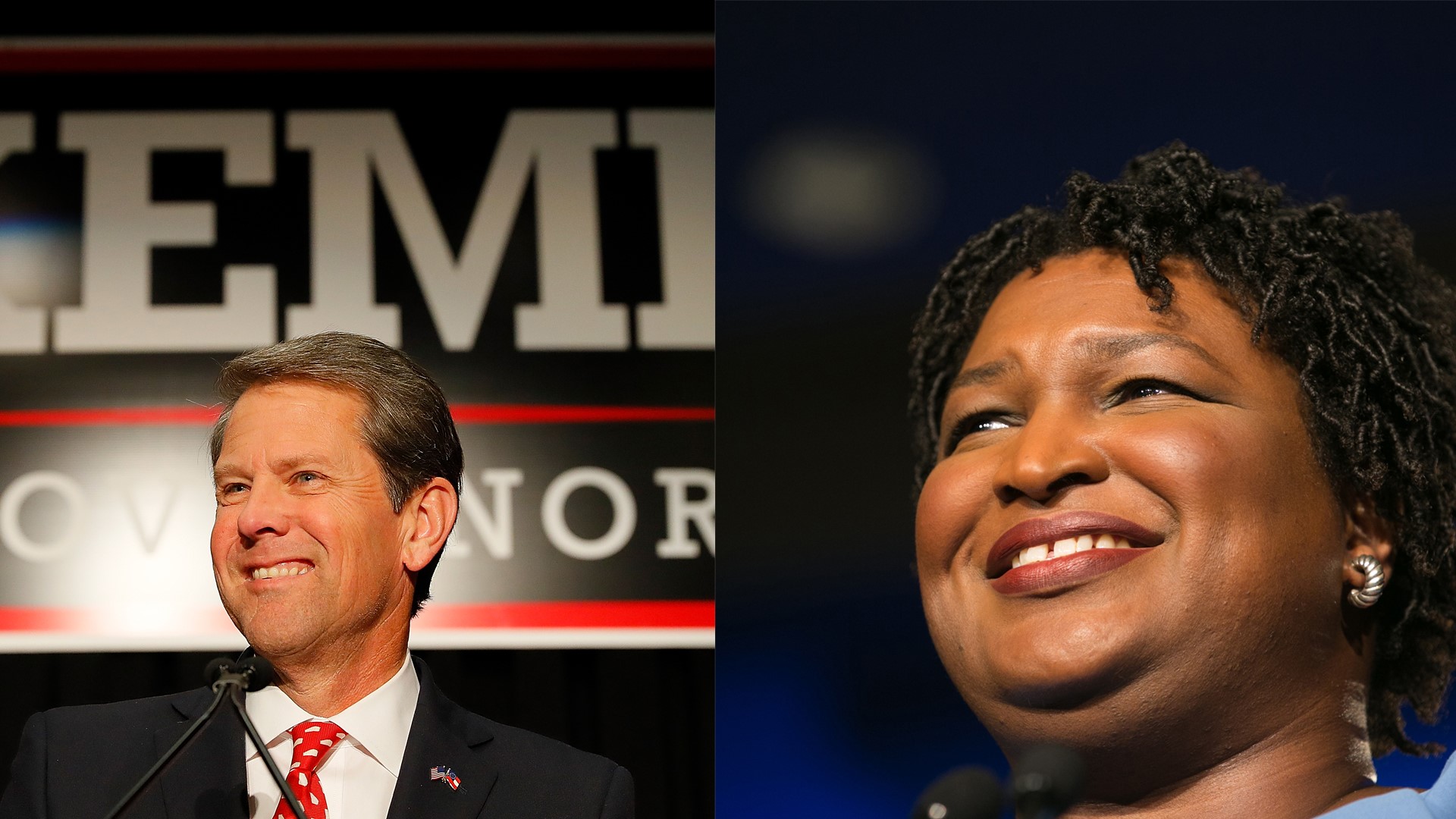 ATLANTA — Voters headed to the polls more than a week ago to decide Georgia's next governor, but the winner has yet to be officially decided between Democrat Stacey Abrams and Republican Brian Kemp.

With the latest numbers showing Kemp with a 50.3% lead over Abrams, the former Secretary of State has already begun putting together a transition team. Abrams, however, has yet to concede, saying she won't back down until all the votes are counted.

In Georgia, a candidate must received more than 50% of all votes cast, plus one vote, to be declared winner.

Abrams' supporters maintain that thousands of uncounted votes could force a Dec. 4 runoff.

Numerous lawsuits have been filed in connection with the race. These could have an impact in who is named Georgia's next governor.

COMMON CAUSE GEORGIA vs. BRIAN KEMP

The suit alleges that Kemp, as Secretary of State, failed to maintain the security of voter information despite known vulnerabilities leading up to the Nov. 6 election. The suit claimed that Kemp's "knowing maintenance of an unsecure, unreliable voter registration database increased the risk that eligible voters have been or will have their voter registration information unlawfully manipulated or mismanaged in a manner that prevents them from casting a regular ballot."

As a result, the lawsuit claimed, voters who took steps to register and maintain their registration may have arrived at the polls and not be permitted to cast a regular ballot.

Late Nov. 13, Judge Amy Totenberg with the Northern District Court of Georgia ruled in Common Cause Georgia's favor. That ruling prevents current Secretary of State, Robyn Crittendon, from certifying the results of the election until 5 p.m. Friday, Nov. 16.

Tuesday had been the deadline for counties to certify their results.

Among the main takeaways from the ruling:

According to the lawsuit, if Common Cause wants to pursue further legal action, they have until Nov. 26 to make the next step.

This lawsuit was filed in the Northern District of Georgia federal court by voting rights advocates on behalf of 7th Congressional District candidate Carolyn Bourdeaux and others.

On Tuesday, U.S. District Judge Leigh Martin May ordered Gwinnett County elections officials to count all absentee ballots that had been previously rejected because they were missing, or had incorrectly placed, the year of the voter's birth on the form. Her ruling also stopped Gwinnett County officials from certifying the election results until those ballots were counted.

While this particular lawsuit was filed on behalf of the 7th District Democratic candidate (whose own race also remains uncalled), its ruling could help Abrams close the gap between her and Kemp. Unofficial results from Gwinnett County's website show Abrams garnering 56.42% of the votes in the county against Kemp's 42.3% (Libertarian Ted Metz had 1.21%).

DEMOCRATIC PARTY OF GEORGIA vs. SECRETARY OF STATE

1) An order requiring Gwinnett County to restore the votes of 1,095 people who submitted absentee ballots, which had been rejected due to missing or insufficient information.

2) To push back the date of certification from Nov. 14 to whenever every ballot has been logged.

A hearing on this lawsuit was held on Tuesday Nov. 13. A ruling on it is expected on Wednesday.

In response, the Georgia Republican Party filed a countersuit against the Georgia Democratic Party, saying the Democrats are trying to use courts to manufacture votes in their favor.

The countersuit states that the burden placed on Georgia's coutnies is extraordinary and extreme.

WHAT'S NEXT IN GEORGIA GOVERNOR RACE?

What happens next in the race depends on what the judge rules in Abrams' suit.

Abrams' team claimed there to be more than 28,700 outstanding votes.

Kemp has previously stated that Abrams had no clear path to victory in the race. In a email on Monday, the campaign stated that 13,360 votes were still outstanding, and even if all those votes had been cast for Abrams, it would still not be enough to trigger a runoff or recount.