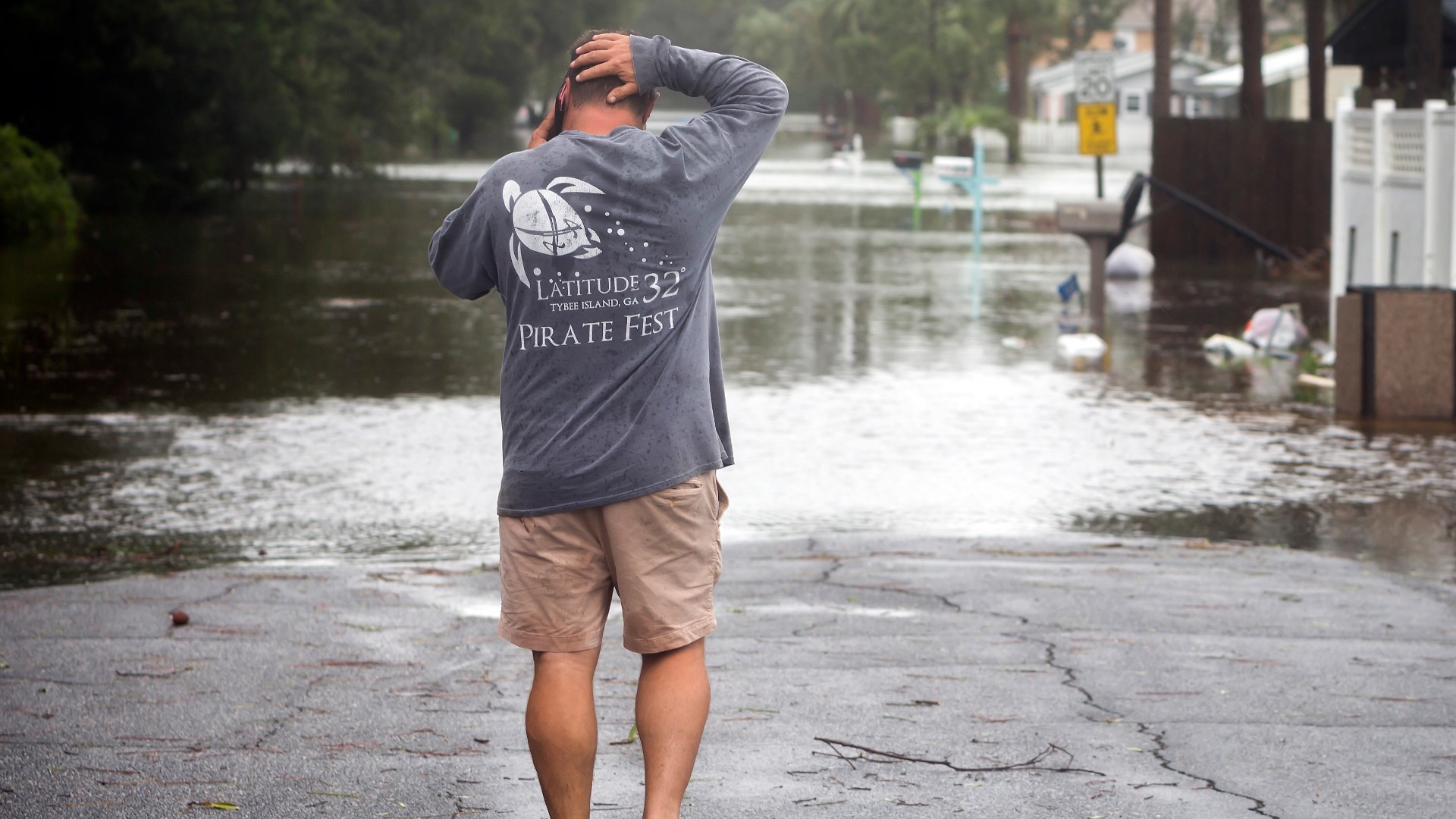 When Paul Wolff first ran for the Tybee Island city council, he spoke loudly about climate change and how it was endangering the island.

That was years ago. Wolff served five terms on the council.

Now he’s far from the only voice of concern on the island.

“The city council was divided on virtually everything and still is,” he said with a laugh. “But when we did our climate change adaptation plan, we said, ‘We’re not gonna debate the causes of climate change. We’re not gonna worry about whether human activity is exacerbating it. Rather, we’re gonna look at the things you see every day.'”

What had they seen? Many had noticed the rising sea levels surround the marshy island. And everyone had taken notice when two hurricanes – Matthew and Irma – tore through the island, just nine months apart.

“We had storm surge from both Matthew and Irma that impacted people that had felt invulnerable for years,” Wolff says. “People who had never been impacted realized we are in fact vulnerable. We need to do something to become more resilient.”

► RELATED | How Georgians are taking control of the climate conversation

Wolff celebrated the first Earth Day in 1970 and believes “we are all stewards of the planet.” His political sparring partner for years was Jason Buelterman, who has served as the city’s mayor for more than a decade.

On issues of protecting the island, they have begun to find common ground.

“I don’t think this particular issue, on a local level, is really political,” Buelterman told 11Alive’s Matt Pearl. “On the ground level, we actually have to deal with it.”

A major point of emphasis has been Highway 80, the lone way for cars to access the island. Buelterman has fought to improve access, and Wolff has preached for GDOT to raise the road three feet to prevent the effects of sea level rise.

“It’s not uncommon,” Buelterman says, “for us to arrange to have a helicopter out here in advance of what we expect to be a busy weekend, because we’re worried that the road’s going to be tied up. But if there’s a storm? Those helicopters don’t fly during a storm. So somebody’s going to need to get to a hospital here, and we’re going to have to put them on a boat.”

Wolff fears frequent flooding on the highway as sea levels continue to rise.

But here’s an example, according to GDOT, of where it’s not so easy to insulate the island from changes to the climate.

“A higher roadway would be more likely to be washed out during a hurricane than one that allows the storm surge to flow over it,” responded GDOT spokesperson Natalie Dale. “This roadway was raised in 1940 due to flooding at that time. Since then sections of the roadway have settled due to the issues with building a roadway through marshland. It is felt that placing more asphalt leveling to raise the roadway will increase the weight on the embankment and would cause additional settlement. Basically, the more asphalt we place the quicker it sinks.”

These are complicated issues for an island known as a regular destination for summer-vacationing Atlantans.

For Wolff, it’s home – “old-time Americana with a beach” – and handling the various concerns as best it can. The island now holds dunes along its eastern border, on the other side of which is the Atlantic Ocean, and tide gates. This fall the city will invest $18 million to connect the dunes into one tide-stopping force that will, they believe, protect against storm surges from hurricanes.