'I'm the most-blessed man in the world': 90-year-olds find love in nursing home during pandemic

Jackie and Howard got married last week in Marshallville 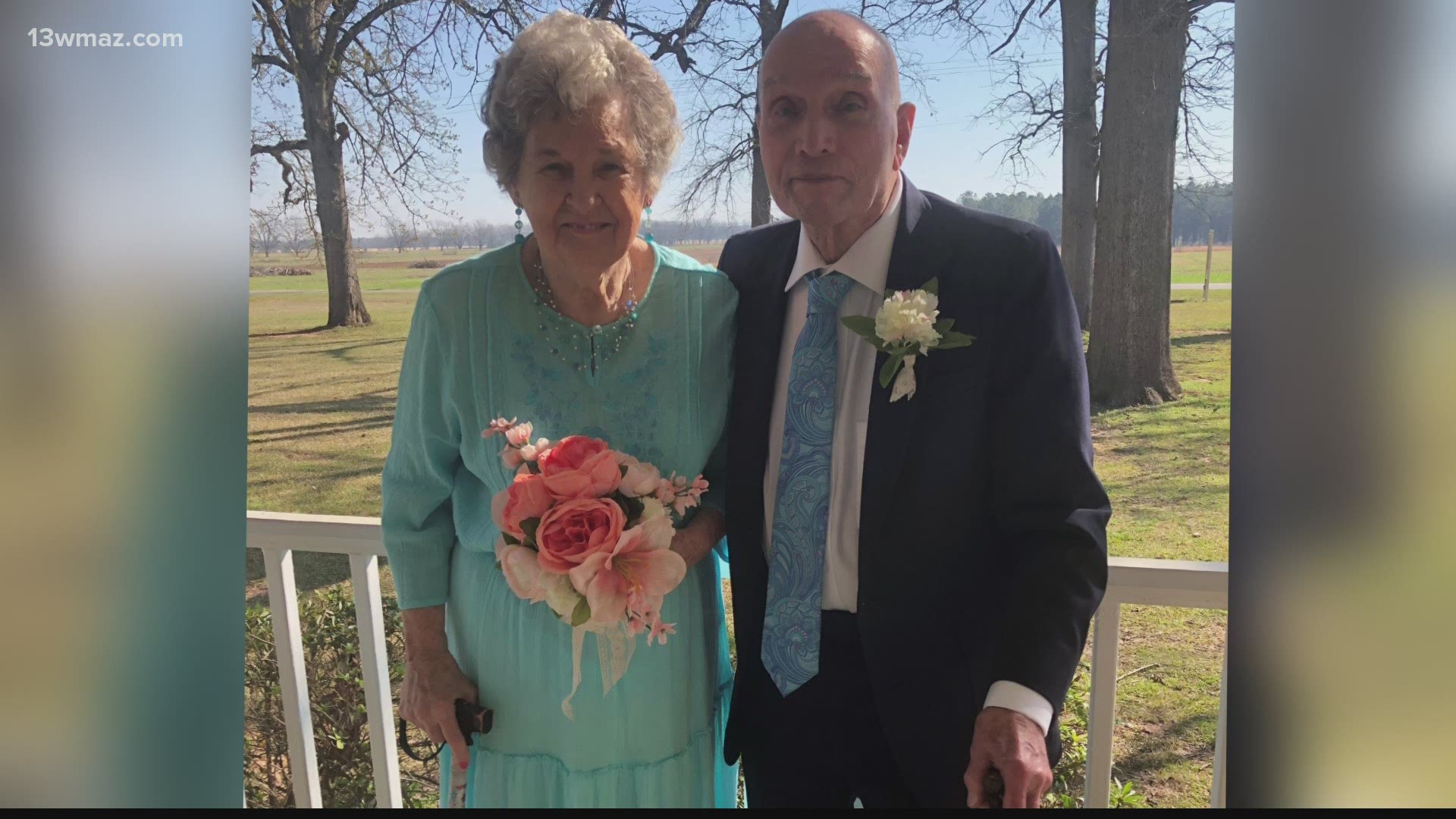 MACON COUNTY, Ga. — In 2020, a guy named Howard Hamilton lost his wife, and, of course, you know the COVID-19 pandemic hit, too. Howard was lonely at the Oaks Nursing home in Marshallville, and he says it felt like the walls were caving in on him, so he offered up a special prayer.

"I said, 'Lord, if you want a lady in my life, you will make a way,' and lo and behold, they put my future wife right across the hall from me," he said with a smile on his face.

The two got married last Friday, but at first, Miss Jackie Morris didn't know herself she was going to eventually become Mrs. Hamilton.

Ouch!  But Howard is not a man to give up easily.

He had time on his side, but he also had a problem -- coronavirus.

The pandemic forced folks to mainly stay in their rooms.

"He was faithful to call me three times a day and we talked incessantly on the telephone -- we talked about everything," Jackie recalled.

They went one step further and learned how to FaceTime.

Bonnie Windham with the Oaks says the staff set them up with iPads.

"For a romance to develop during lockdown, that was really special," she said.

Some months went by, and what really won Jackie over is that Howard is a good man.

Jackie started to notice the little things he would do, not just for her, but for his neighbors living at the Oaks.

"I saw the people in the facility, he would stop and talk to them and they would go on and on and on talking to him, and he would just stand there and listen forever and was attentive to them," she recalled.

Now, they plan to be attentive to each other.

They've moved in together at the Oaks, and no doubt they'll always give thanks that even during a pandemic, Howard followed through on a sign from above.

"I'm the most-blessed man in the world," he said.

The folks at the Oaks Nursing Home say they plan to have an outdoor socially-distant reception for the couple next week.