'The punishment handed down ... is hypocritical' | NAACP responds to South Fulton officer suspension

Back in March, the Georgia Bureau of Investigation wrapped up its investigation concerning South Fulton officer Solomon Muhammad. 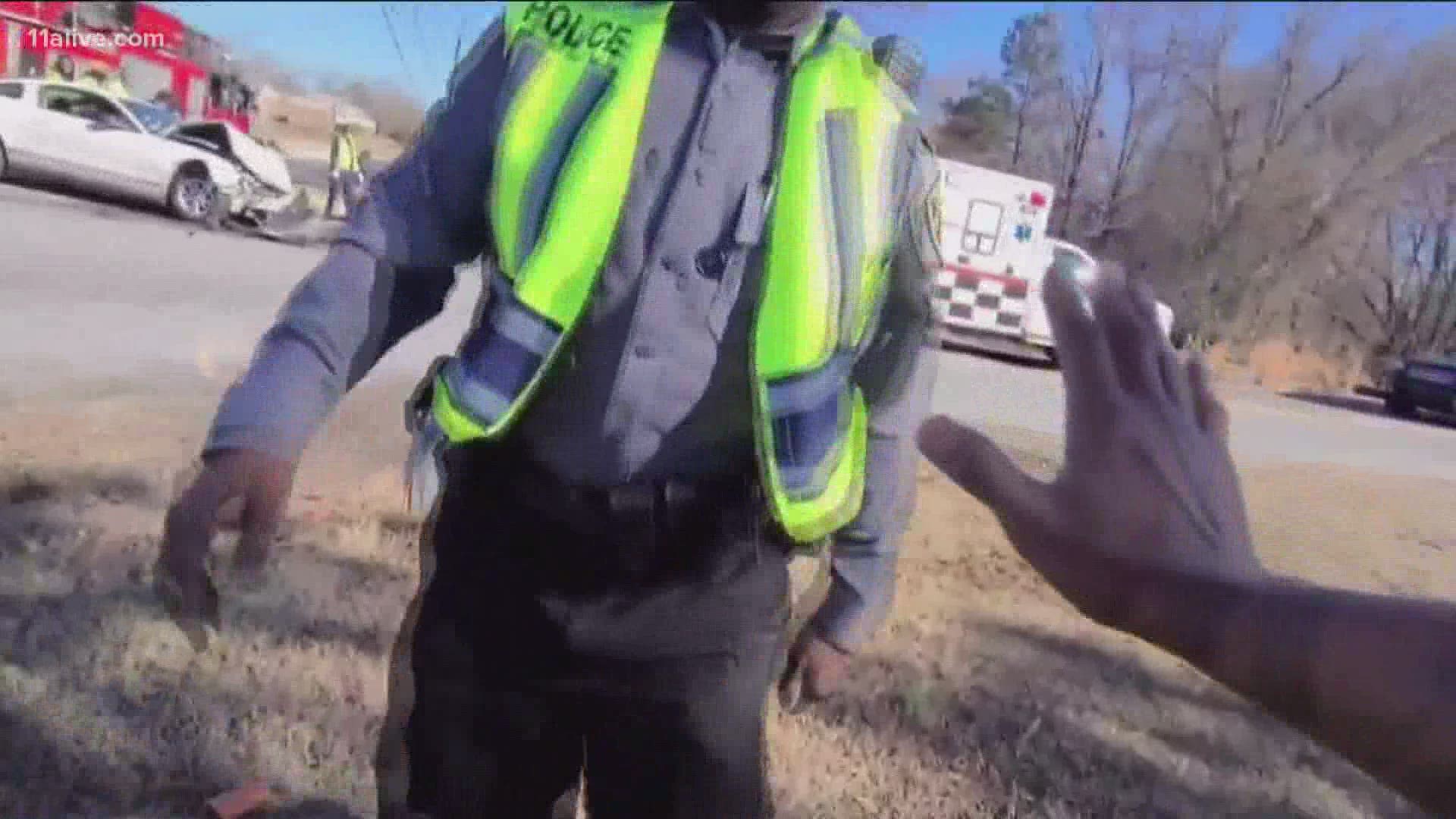 SOUTH FULTON, Ga. — The National Association for the Advancement of Colored People and Save OurSelves released a new statement Monday regarding the three-day suspension of a South Fulton police officer accused of excessive force.

Last week, the South Fulton Police Department said the officer in the center of incident, Cpl. Solomon Muhammad, would be off the job without pay for three days. He will also be required to take de-escalation and sensitivity training.

The disciplinary action comes after the Georgia Bureau of Investigation wrapped up its investigation in March in regards to a confrontation between officer Muhammad and Marcus Coleman that happened on Jan. 29.

However, the organizations called the punishment "hypocritical."

On that January day, Marcus Coleman - who is also a leader of an activist group - pulled out his cell phone and began recording at the scene of an accident on Roosevelt Highway. Coleman asked the officer, who was in his car writing a police report, why he wasn't in the street directing traffic around the crash.

Muhammad's body camera video showed the two arguing as the officer gets out of his squad car; the officer followed Coleman as he starts walking away. Both videos show them then scuffling.

As 11Alive previously reported, Coleman said the officer pressed a taser into his chest and then handcuffed him. He said the officer illegally detained him for 40 minutes until a supervisor showed up and ordered him to be released.

However, Muhammad can be heard on the body camera telling his supervisor that he used minimum force when putting Coleman in handcuffs. He also admitted to having a taser in his hand but said he didn't use it.

In a joint statement, Regional Director of the NCAAP Kevin Myles and Founder and President of Save OurSelves Marcus Coleman released the following statement below:

"Considering the current national climate, considering the timing of this decision, handed down during the height of the Derek Chauvin trial for the murder of George Floyd, considering I've stood shoulder to shoulder with Chief Meadows on numerous occasions, not to mention partnering to change legislation in our city under the umbrella of accountability,  this decision only further drives a wider wedge between law enforcement and the community they are swarn to protect and serve. The punishment handed down by Meadows is hypocritical compared to the past rhetoric and actions."

But, in a statement from South Fulton Police Department on behalf of Chief Keith Meadows, the department said it is "confident" its discipline for the officer.

"As we have said since the onset, we remain committed to a just resolution of this incident. To that end, we called on the GBI to ensure an impartial investigation, agreeing to abide by the GBI’s findings. Using details from that investigation – including available video from the scene, interviews with those involved and statements from emergency workers – we determined the officer violated certain department policies. We also received a clearer idea of what took place during the incident. Based on that knowledge – which, again, was gathered and provided by the GBI – we are confident our response is in line with the GBI's findings"