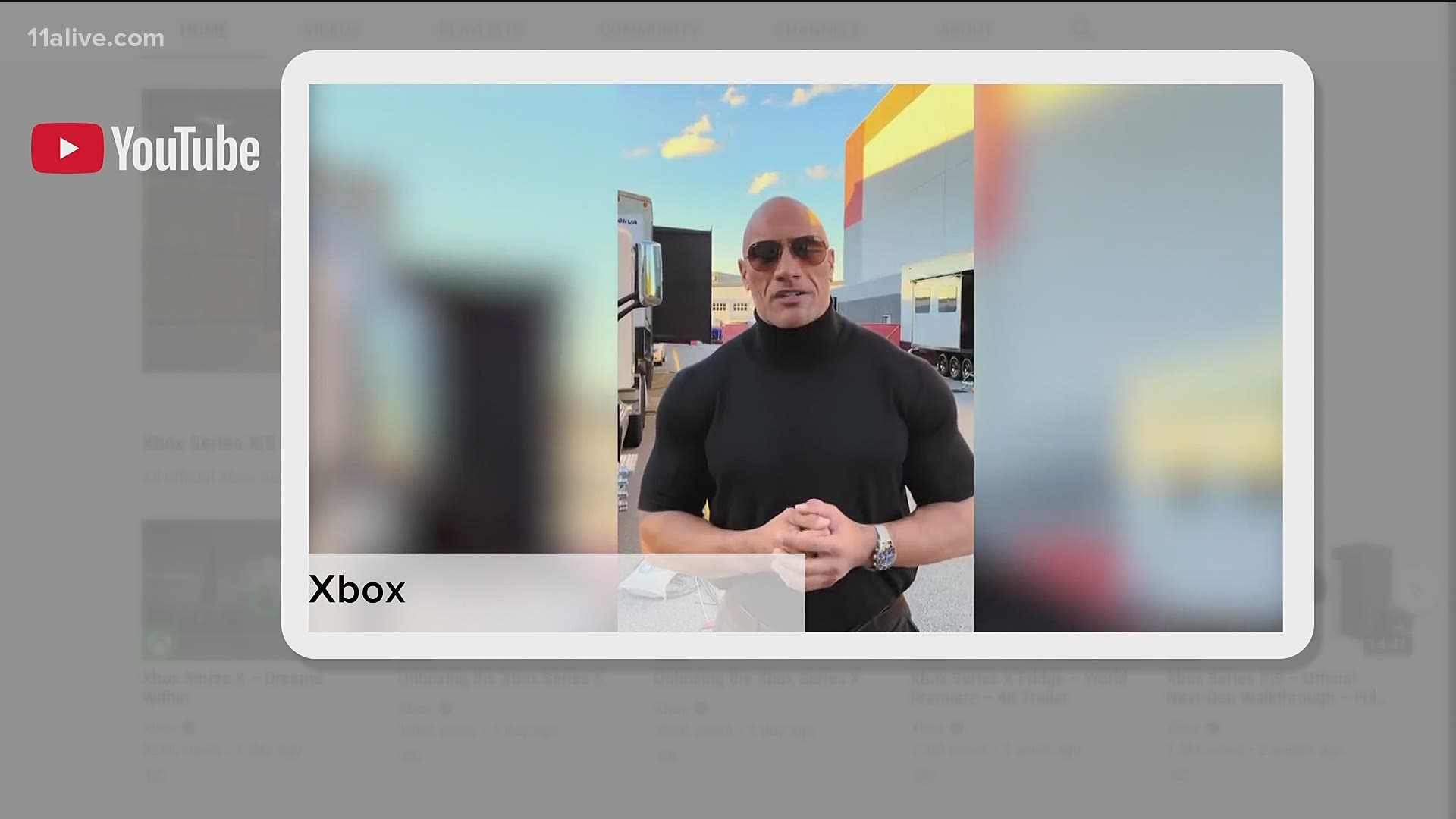 Children's is one of 20 children's hospitals nationwide receiving this special gift from The Rock working in partnership with Xbox and Gamers Outreach, according to a release from the gaming company.

The portable gaming kiosks will be an outlet of fun for kids who are not able to leave their rooms, the release said.

Johnson helped unveil the original Xbox console 20 years ago and wanted to spread joy and the power of play among some of their youngest fans to commemorate the anniversary.

The actor recently wrapped production on his upcoming Netflix action drama "Red Notice". Just a few weeks ago, he talked about a safe return to set after production was halted in March.

“I'm confident in our safety strategy and execution, but we’ll also be fluid and amenable to best practice changes on the fly. Stay healthy and stay disciplined, my friends as you all get back to work,” Johnson said.

A month before, Johnson shared his excitement at being able to return to set late last month on his Instagram feed.

“Like so many of us here in the US and around the world - getting back can be a tough decision that work requires real consideration and strategic planning around best health practices and safety measures. I’m happy to announce our RED NOTICE production will resume shooting next month in mid-September. Thank you to our tremendous partners at NETFLIX who’ve joined us shoulder to shoulder to provide the safest and most aggressive “quarantined bubble” for our production crew as possible, Johnson wrote.