The short life and curious death of Button Gwinnett

The bizarre history of one of Georgia's best-known political figures... is all true. 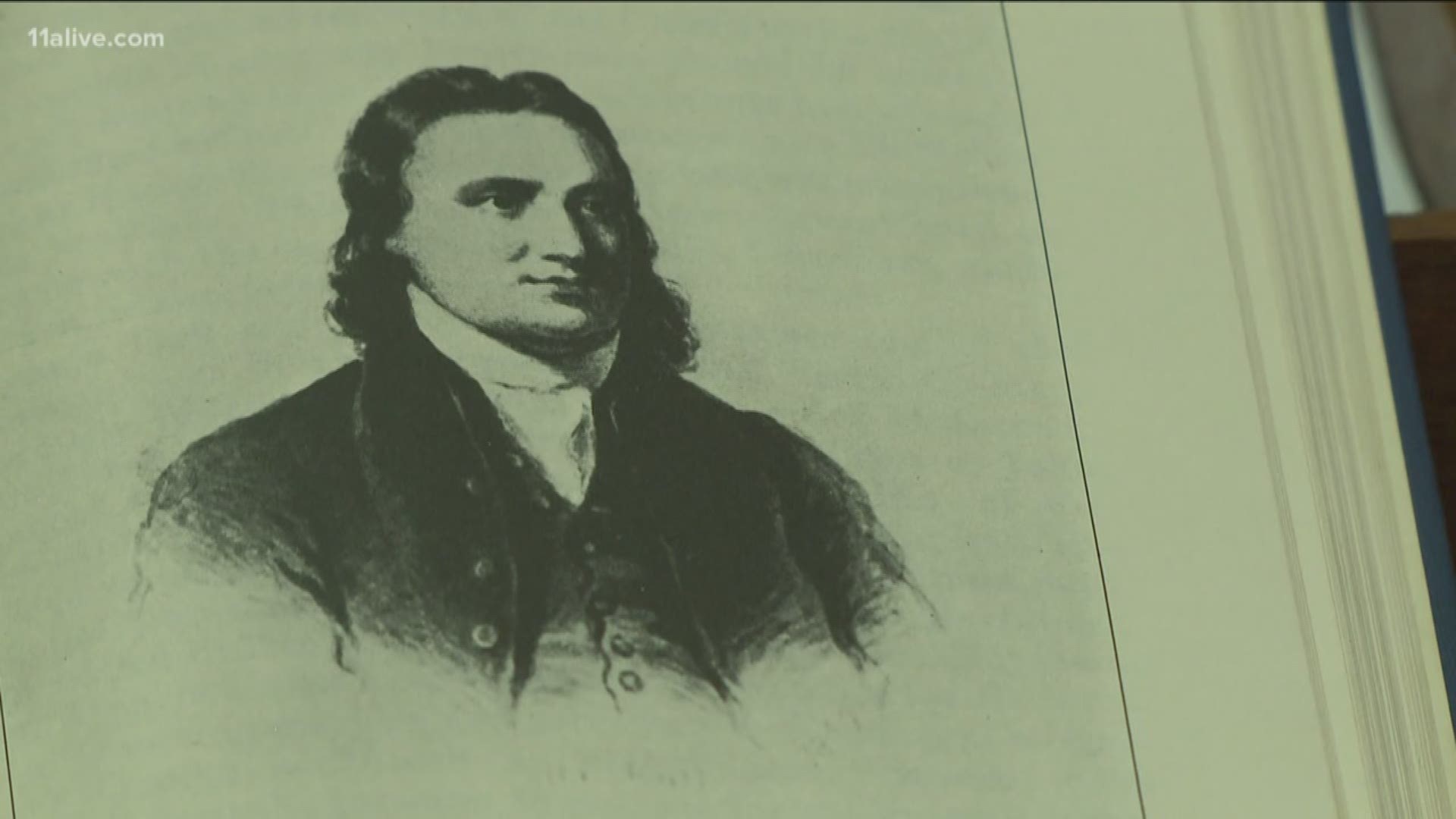 SAVANNAH -- We know him by the metro Atlanta county that bears his name. Its namesake was a man named Button Gwinnett, remembered forever for his signature on the Declaration of Independence. It was the high point of an ambitious, yet often troubled, life.

"He failed at everything he tried to do. He tried the mercantile business. He tried to become a planter on St. Catherine’s island. And he was never any good at it," said Stan Deaton, a Button Gwinnett scholar at the Georgia Historical Society. "He had military ambitions - based on what, nobody knows. He never had any military skill as far as we know or any other kind, really. He had a skill of getting himself elected to office during times of turbulence."

For a few months, the Georgia legislature made Button Gwinnett governor of the newly-formed state. That’s where he crossed swords with an actual military man named Lachlan McIntosh. McIntosh took took their dispute public.

"He was convinced that Gwinnett was really a corrupt guy. And he called him out on the floor of the state legislature, where he stood up and said he was a scoundrel and a lying rascal," Deaton said.

And that led Gwinnett and McIntosh to a pasture on the outskirts of Savannah, where Gwinnett had challenged McIntosh to a duel. The purported dueling pistols are preserved at the Georgia Historical Society in Savannah. The duel, like much of Button Gwinnett’s life, was nasty, brutish and short.

"The duel took place on Friday. He died on Monday (May 19, 1777). He lingered over a weekend which must have been in agony without modern medical care. And he was buried pretty hastily," Deaton said.

"There was a rumor that at one point his grave stone wound up at a bar somewhere, as a bar top. Somehow or other, he disappeared. The grave stone disappeared," Deaton said. "No one at that time thought enough of him to replace it or build a monument over his grave. It just went away. It took another hundred years for a real concerted search to find his grave."

Meantime, Lachlan McIntosh – the man who fired the fatal shot – went on to become a Continental Army general and served alongside George Washington. McIntosh’s actual grave site is memorialized in the same Colonial Cemetery. The city of Savannah named a boulevard for McIntosh. And the state of Georgia named a county after the man who slew Gwinnett.

Some of Gwinnett’s remains, if that’s what they are, remain a historical curiosity at best. Even his portrait is based on guesswork. Button Gwinnett’s signature is his most tangible legacy. Because his life was so short, his autograph among collectors is one of the most valuable in the world.