Cyberattack blamed for disruption during joint service between The Temple, Ebenezer Baptist

The attack impacted the ability of congregants to log into the site and watch the virtual Temple, Ebenezer Baptist Church MLK Jr. Shabbat for roughly an hour. 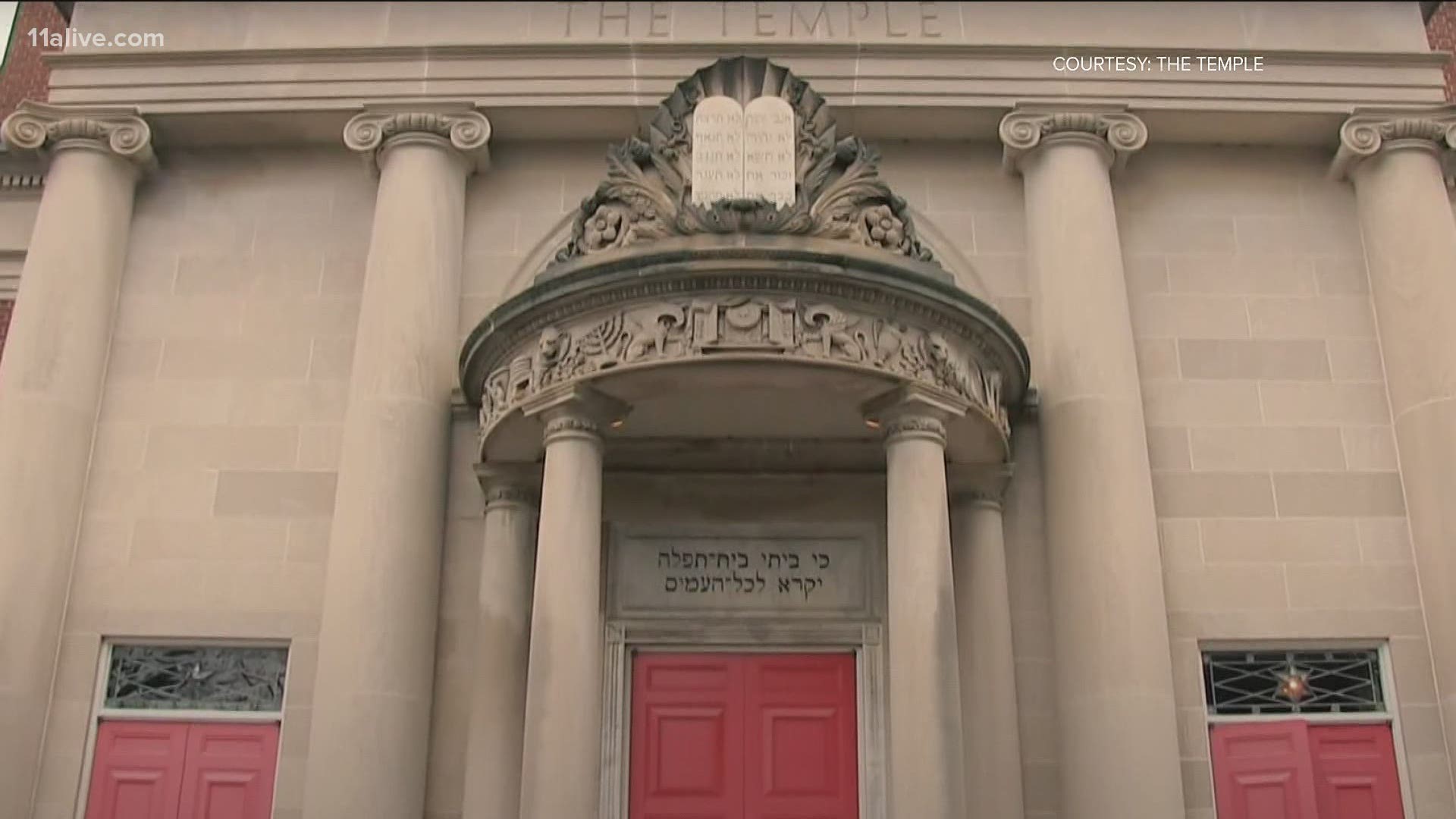 ATLANTA — One of Atlanta's most well-known religious institutions says it was the victim of a cyberattack on Friday night during a well-known joint service that included one of Georgia's new U.S. Senators.

The Temple in Atlanta apologized to congregants who attempted to view the 36th Annual MLK Jr. Shabbat Service and were unable to do so due to what it believes were "malicious user agents" who attempted to shut their website down by continuously loading it.

The note to congregants added that, in bringing down the website of The Temple, several synagogue client websites across the country were also impacted.

As a result, while all sites were restored, The Temple was last and the stream didn't return until about an hour into the service.

In an exclusive interview with 11Alive's Bill Liss, Temple leaders said they believe it was an anti-Semitic and racist act.

"One thing I know as a former U.S. attorney is not to rush to judgment but you do take the facts as you see them," The Temple President Kent Alexander said. "And so, all I can do is speculate and it appears that somebody was trying to interfere with this service because of racism or anti-Semitism or both."

He called it disturbing but said that they made sure they had other channels available during the service.

"It was an opportunity, really, for unity," Rabbi Peter Berg said. "So it's ironic that these deranged individuals thought that they could disrupt that."

"The second irony is, of course, more and more people are now watching the service than ever before," he added. "So, these hateful people did not win the day."

An FBI spokesperson said the agency was made aware of the incident but did not confirm a motive for the cyberattack.

The annual event between The Temple and Ebenezer Baptist Church is in its 12th year and featured a sermon by the Rev. Raphael Warnock who also recently won a runoff election for one of Georgia's two Senate seats.

"During the service, both Rabbi Berg and Rev. Warnock spoke of the beauty of bringing our communities and country together," the note to congregants said.

For those who wish to see the service and missed it previously, it is still available on Youtube, Facebook and The Temple's website. Warnock's sermon and Berg's introduction are also available separately here.