The shooting prompted a standoff that lasted more than 15 hours and left several people dead. 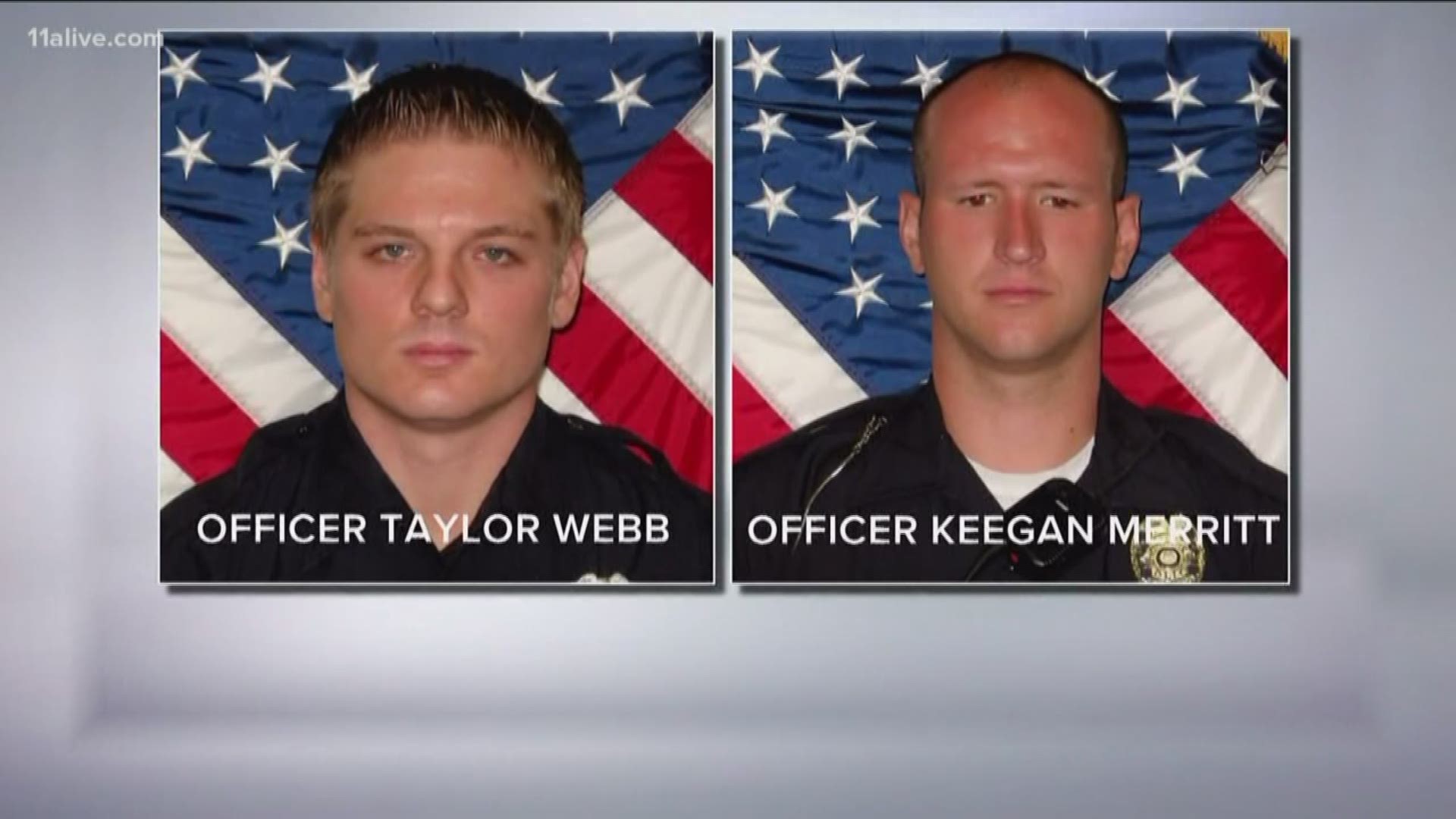 Henry County Police have released the names of two officers who were shot in the line of duty on Thursday.

Henry County Police Chief Mark Amerman identified the injured officers as Keegan Merritt and Taylor Webb. Both are said to be 7-year veterans of the force.

The two were responding to a call at a home outside of Stockbridge, Georgia when police say a man opened fire on them.

That prompted a 15-hour standoff that lasted through the night Thursday.

When police made "dynamic entry" into the home around 3 a.m., they found a pregnant woman, 39-year-old Sandra White, dead inside of a garage. Her son, 16-year-old Arkeyvion White, was found in an upstairs bedroom, also dead of a gunshot wound.

►RELATED: Lives cut short: A student-athlete with a promising future. A registered nurse and expectant mother.

The suspect, 47-year-old Anthony Tony Bailey Jr., was found dead of what's thought to be a self-inflicted gunshot wound in an upstairs bedroom.

Police believe that Sandra White and Bailey were in a relationship, and when she tried to break up with him, it sparked the violence.

Authorities were called to the house after Sandra White's sister went to the home to check on her and saw her body in the garage. The sister then called 911.

The officers responded to the call. When no one answered the door, they kicked it in and were immediately met with gunfire.

One of the injured officers made it into the garage, where he saw White's body, Amerman said in a Friday news conference.

Other officers were able to get that officer out of the garage.

Both injured officers were transported to Grady Memorial Hospital with non-life-threatening injuries. Henry County Police Captain Joey Smith said Friday that both underwent surgery and are recovering in stable condition. They could be released soon.