This is what President Trump's motorcade looked like rolling through Atlanta

It stopped all traffic in one direction on one of the city's busiest roadways. 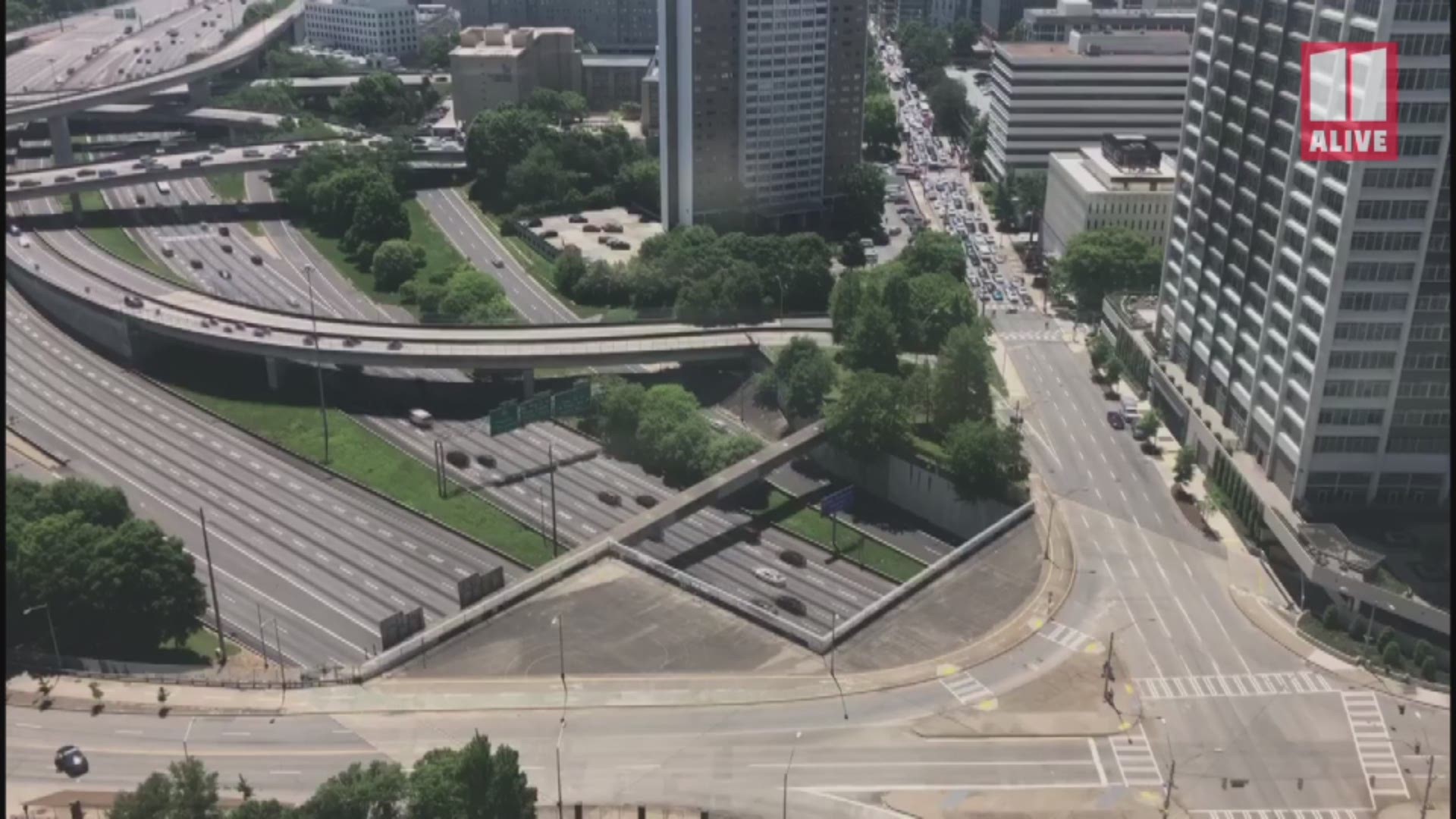 ATLANTA — It doesn't take much to snarl traffic on the Downtown Connector on a normal day, but there's not much that can clear six-lanes on a whole side of the roadway - unless you're a presidential motorcade.

The magnitude of the procession of the vehicles was on full display Wednesday, as the President and First Lady rolled through town on their way to a summit on the opioid crisis.

Video shared to 11Alive by a viewer from the top of the Georgia Power building Downtown showed the long line of police motorcycles, limos, cruisers and armored trucks as the motorcade exited lanes of I-75/85 North.

The 90-second clip shows traffic stopped on Piedmont headed north as the presidential procession continued on its way.

Trump spoke at an annual conference of health, law enforcement, elected and other officials who work to combat drug abuse and addiction, and used the appearance to advocate for the wall he wants to build on the U.S.-Mexico border, saying it will help keep drugs out of the U.S. His wife, Melania, introduced him.

During the summit, President Donald Trump pledged to battle the deadly epidemic of opioid drug abuse "until our job is done" and he claimed progress even though it is unclear whether the crisis has diminished.

"My administration is deploying every resource at our disposal to empower you, to support you and to fight right by your side," Trump said. "We will not solve this epidemic overnight but we will stop. ... We will never stop until our job is done."

Before leaving the White House for the Atlanta event, Trump claimed credit for progress in combating the drug scourge.

"It's a big problem. It's a big addiction and we're handling it," the president told reporters. "We've made a tremendous amount of progress." He said doctors, laboratories, clinics and drug companies have assisted the administration.

Opioid abuse claimed a record of nearly 48,000 American lives in 2017. An estimated 2 million people are addicted to the drugs, which include both legal prescription pain medications and illegal drugs such as heroin.

While prescription opioids initially accounted for most deaths, the epidemic is now driven by illicit heroin and fentanyl. Those two drugs were implicated in the vast majority of opioid overdoses reported in 2017, according to federal figures.

11Alive has done extensive reporting on the opioid epidemic and the impact it's having on metro Atlanta's suburbs.

Our team of digital investigators uncovered a startling 4000 percent increase in heroin-related deaths inside a geographic location identified as “The Triangle” in the wealthy suburbs of Atlanta.

That was the case at the time, but that area has grown.