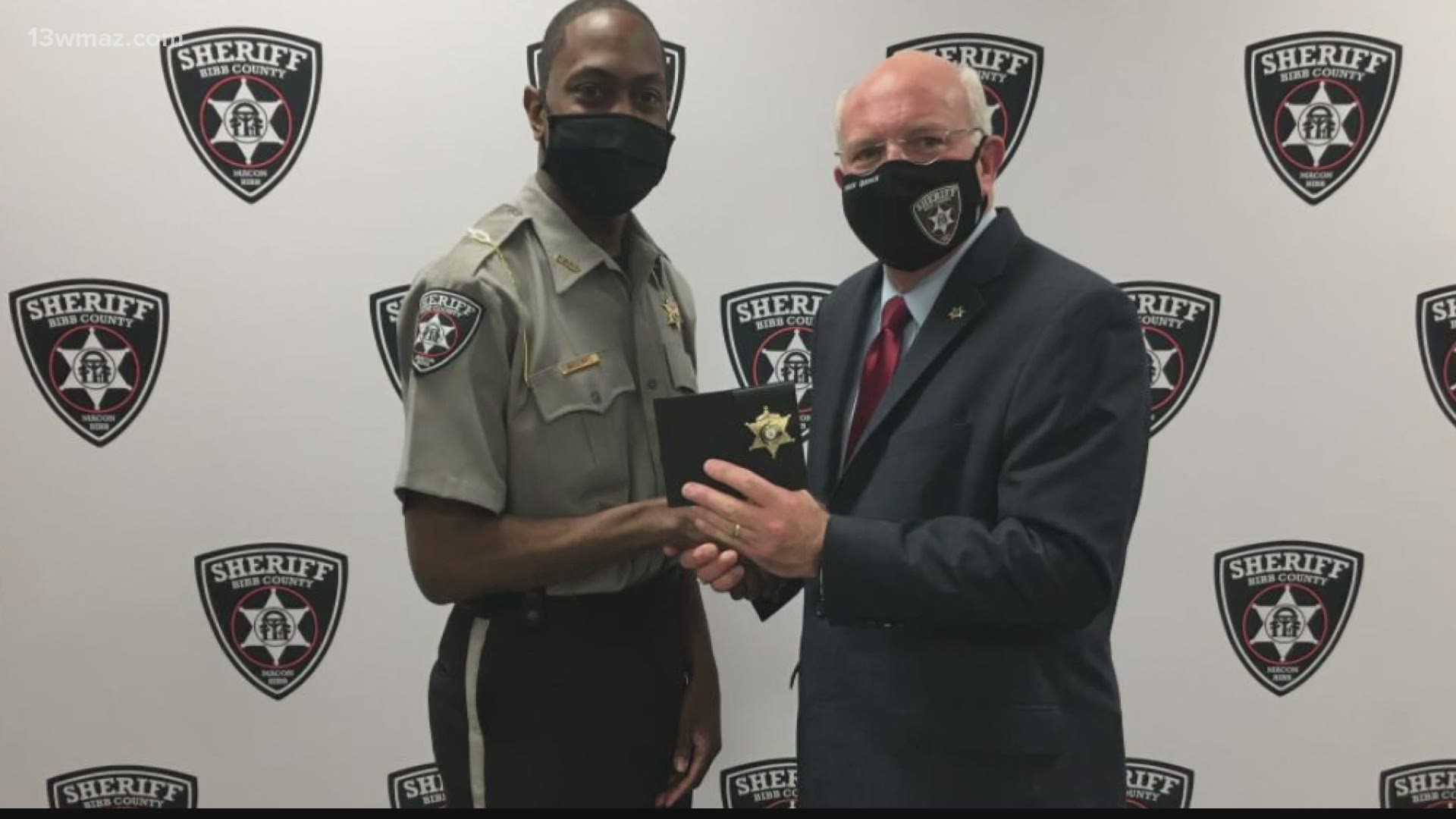 Both Christopher Knight and Jerome Williams were brought to Atrium Navicent Health, but around 3:45, Knight died from his injuries.

"There are dangers inherent in what they do and our hearts go out to them," says Macon-Bibb County Sheriff David Davis. "We are proud of their service. We are saddened and shocked by the death of deputy Knight and the injury of deputy Williams."

Knight started at the Bibb County Sheriff's Office back in 2018.

"A three-year veteran of the sheriff's office, our condolences and our hearts go out to his family and all of his friends."

The other deputy, Williams, injured his hand in the attack.

He was taken to the Medical Center, Atrium Navicent Health but has been released.

Knight leaves behind his two-year-old daughter Zemirah and his mother Cheryl.

"In fact, his birthday was just Sunday. He turned 30 years old on Sunday," says Davis.

According to Knight's classmates, he graduated from the W.S. Hutchings Career Center in Macon.

"It's truly sad that we lost a wonderful classmate. Chris was the most sweetest, caring guy. He always looked out for others. He was a great person to be around and a overall great friend," says classmate Aqua Brenae.

Tyler Smith, another one of Knight's classmates, says life won't be the same without him.

"He was an amazing, lovable, funny, and genuine person. He was a great friend and my brother."

"He was so cool, calm, and collected. He always had something nice to say to you when you met him."

Brion Stallworth, another classmate, says Knight was a great dad.

"He was smart, witty in his own way. Peaceful -- literally bothered no one. He loved video games. Very devoted father. Artistic. Loving and patient individual. This one hurts a lot and he’ll be missed."

"Chris was one of the most kindhearted, loving, and peaceful guys I’ve ever met in life. He was a wonderful friend to us all, wonderful father to his daughter and son to his mother. I have absolutely nothing negative to say about him. He was definitely someone you don’t find twice in life and he will truly be missed."

He says his deputies come to work every day knowing their jobs can be dangerous, but they know have a duty to perform.