At least 33 transgender people violently killed this year, according to the Human Rights Campaign. 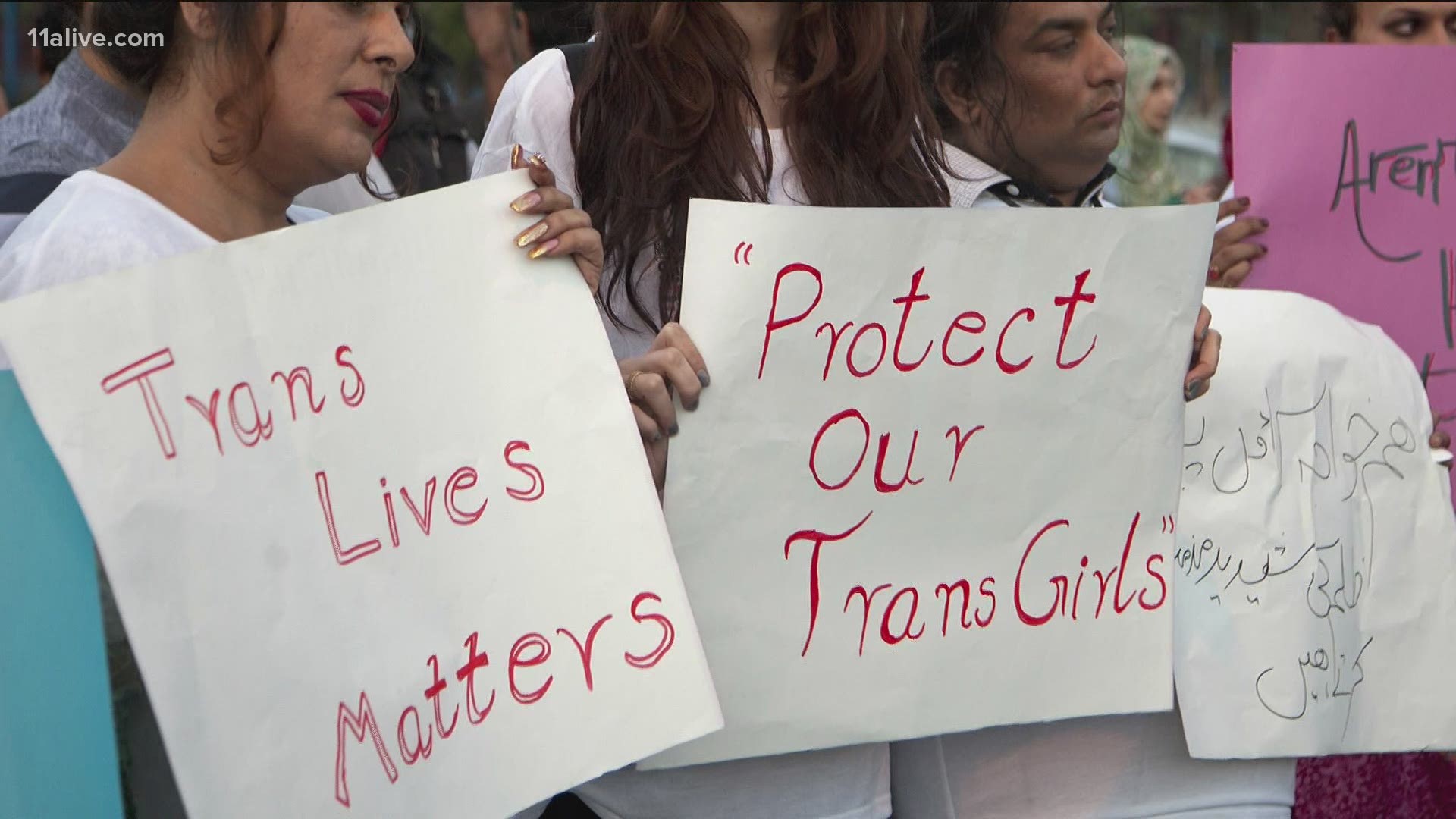 ATLANTA — The third Thursday of every October has been reserved for Spirit Day. Pictures flood social media of people wearing purple to take a stand against bullying in support of gay, lesbian, bisexual, transgender people.

On this day, 11Alive is also bringing awareness to a grim milestone within the Transgender community.

Dustin Parker was found shot and killed New Year's Day 2020 while working as a taxi driver in Oklahoma. Monika Diamond was shot and killed in March while being treated in the back of an ambulance in South Carolina. Dominique Rem'mie Fells’ mutilated body was discovered floating in a Pennsylvania river in June. And Felycya Harris was shot and killed in an Augusta park nearly two weeks ago; a suspect has yet to be identified.

These are some of the victims of a violent trend unnerving the transgender community.

"Felycya just wanted somebody to love her and she wanted to love somebody, that’s it," said Clara Taylor, Felycya's mother. She spoke to 11Alive over Zoom, while sitting in front of a blown up black and white picture of her daughter. The 33-year-old, who had a big laugh and loved interior design is the third child her mother will bury.

"It’s real hard, it’s very hard. We won’t see that person popping up walking in the room lighting up the room we won’t get a chance to feel that ever again," she said.

Harris is one of at least 33 transgender and gender non-conforming people killed in the U.S. this year, according to the Human Rights Campaign - making this year the deadliest on record so far for trans Americans.

"It’s totally unacceptable, it’s scary and unfortunately I think it is just a sign of the times, said Tori Cooper, HRC director of community engagement for transgender justice initiative.

The HRC said violent deaths in the community keep increasing since it started tracking the deaths in 2013.

"It feels like we have a bulls eye or a target on our back every single day so we walk around and we navigate through life being cautious but trying to be happy at the same time," said Beautifull Devynne, a transgender advocate.

"We’re at a point now especially everything going on with Black Lives Matter and things like that, but it seems like trans lives still don’t matter," she said.

"There needs to be a lot more officers engaged in our lives because we’re tax payers, we’re citizens, employees," said Cooper.

The Centers for Disease Control and Prevent estimates there are 1 million transgender adults in the U.S.

However, their stories  are rarely heard until there is a tragedy. The HRC believes if trans people were given more visibility it could help eliminate violence.

"Don’t just talk about trans people after we’ve been killed because folks who are not very familiar with trans community that’s all they know about us," said Cooper. "We have to give colorful, full pictures of who trans people are and how we live our lives," she said.