In letters three stories high, in one of the city's most visible spots, at the tail end of rush hour, the message was clear: F--K Trump (except, of course, the middle letters were there). 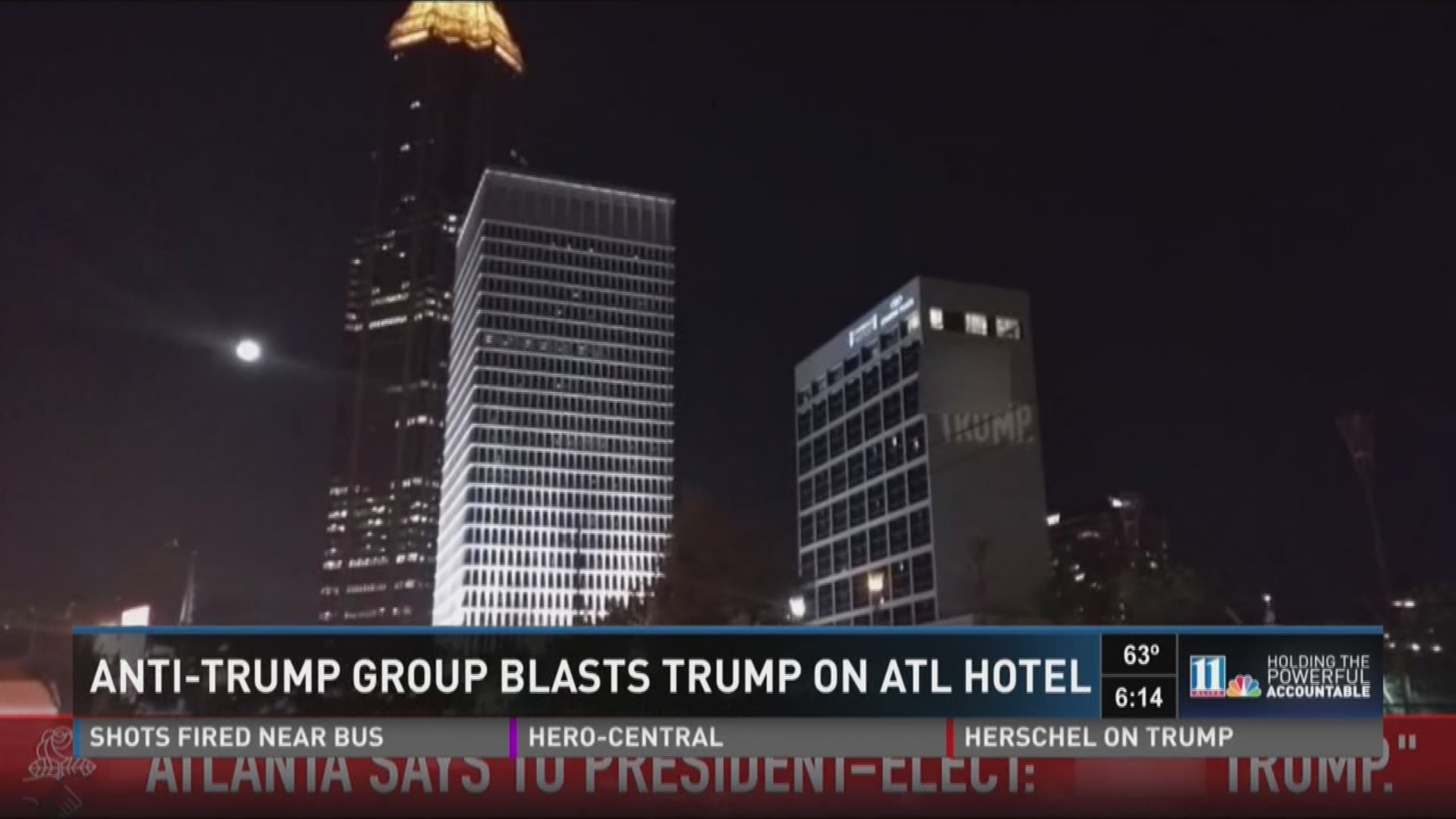 In letters three stories high, in one of the city's most visible spots, at the tail end of rush hour, the message was clear: F--K Trump (except, of course, the middle letters were there).

It was projected on the side of the Crowne Plaza hotel using tin foil, an X-Acto knife, and a home movie projector.

Milton Tambor is the Chair for the Metro Atlanta Democratic Socialists of America. His group was behind the anti-Donald Trump message.

"Sometimes you've got to do something shocking and startling. Sometimes, it makes people uncomfortable," he said.

He didn't apologize for the possibility children might have seen those huge profane words.

The message was broadcast in bright lights against the dark skyline for 30 minutes before it was taken down.

The Crowne Plaza was not happy. They sent the following statement:

The Crowne Plaza Atlanta Midtown hotel holds the safety, security and well-being of our guests and employees as our top priority and concern.

Overnight, the associates of the Crowne Plaza Atlanta Midtown hotel were alerted to a defamatory statement being projected onto the Crowne Plaza/Staybridge Suites Midtown Atlanta building by an unrelated person or group from a distant location.

Our hotel staff and leadership team immediately implemented proper protocols to notify local authorities and have this projected statement removed as quickly as possible.

The hotel staff continues to cooperate fully with local authorities in their investigation. All further questions should be directed to the City of Atlanta Police Department.

"We're used to civil disobedience," Tambor said. "The more people who are arrested, the more influence you have on changing policies."

But no one was arrested for this move.

A spokesperson for the Atlanta Police Department told 11Alive News the stunt didn't break the law. If they had spray-painted the message, it would have been considered vandalism. The projection didn't cause any permanent damage.

Tambor wouldn't give away the specific location, but said the group used its own projection equipment from a nearby building. He said the group took it down after 30 minutes.

"The fact that it drew attention, in a sense it served a purpose," he said.