The plane went down in an open field near the Blairsville Airport. 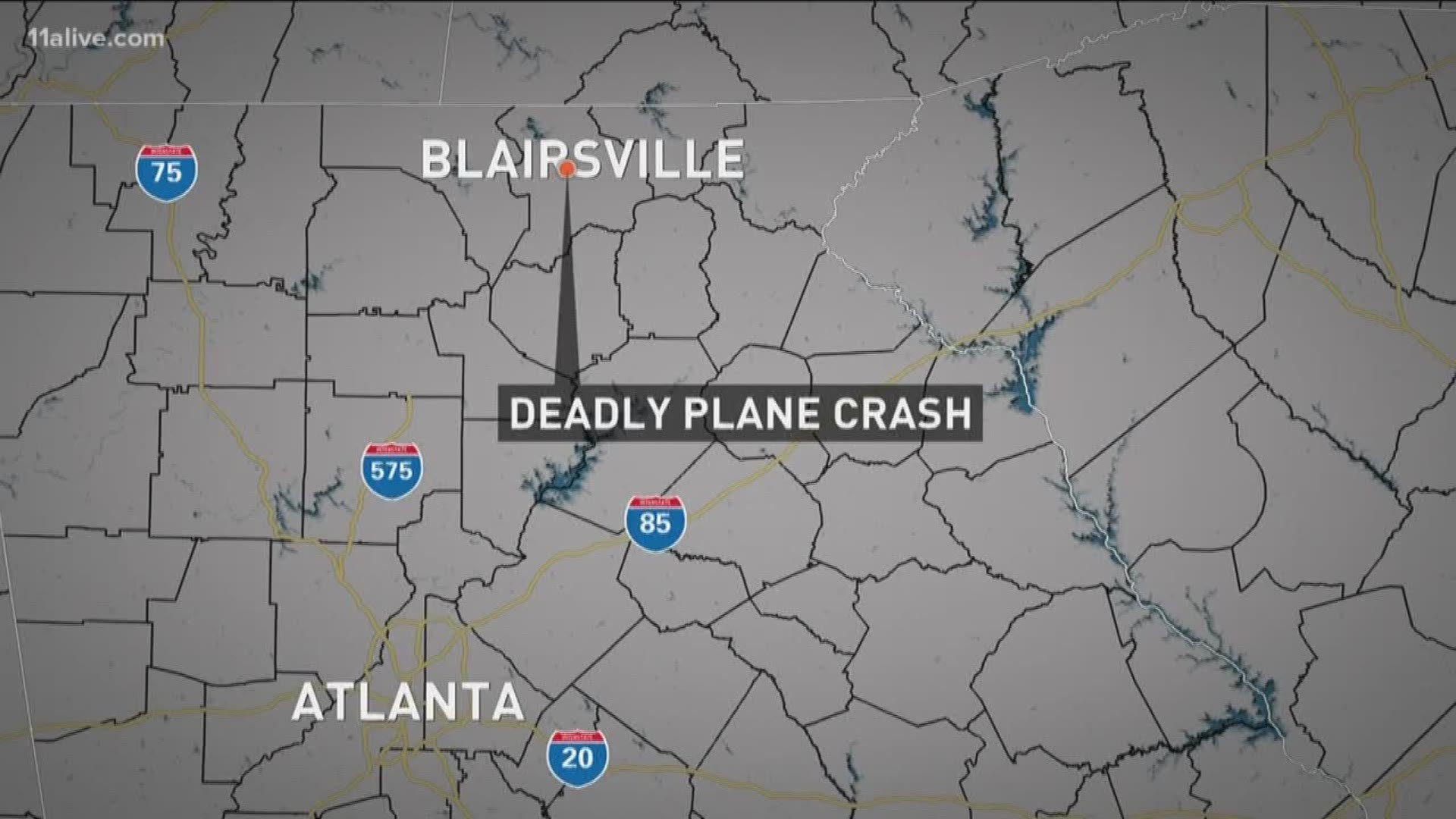 Authorities released the name of the victims who died in a plane crash near a north Georgia airport, just days before Christmas.

The victims have been identified as Robert Atkinson, 56, Renea Greinerand, 55, and Michelle Seay, 50. They were all from Blairsville, according to the FAA. The fourth person was extricated then airlifted to a nearby regional trauma center.

According to David Dyer with Union County EMA, the aircraft carrying four people crashed in an open field near the Blairsville Airport around 7:36 p.m. Dec. 19.

The FAA is investigating the incident.