Filming company removed thousands of tires last week from a parcel it hopes to give to DeKalb County as part of a land deal. 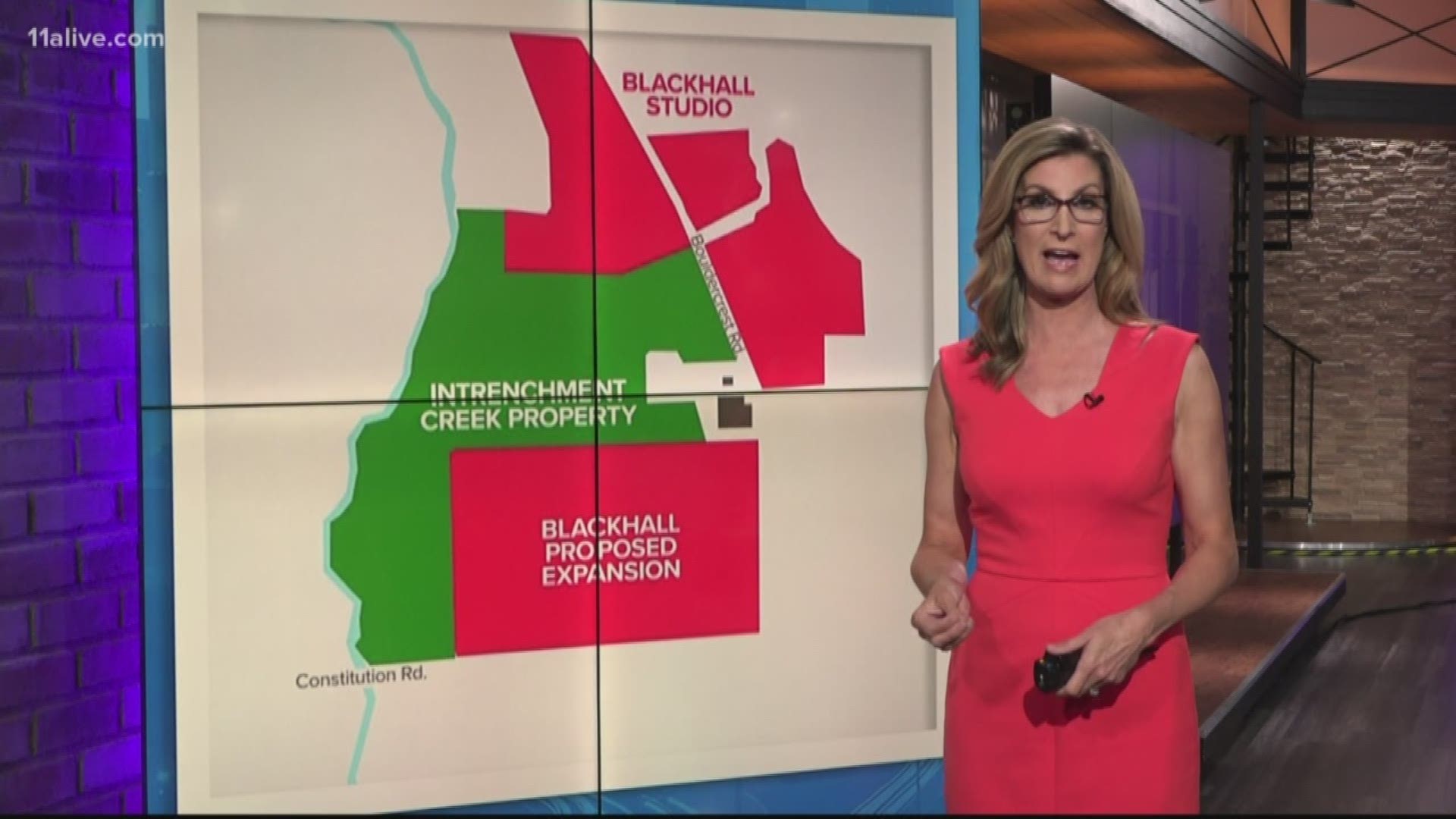 DEKALB COUNTY, Ga. — An East Atlanta production studio cleaned up thousands of tires illegally dumped on a piece of property it owns last week, donating the tires for recycling and beautifying a piece of land it intends to eventually hand over to DeKalb County as part of a proposed land swap deal.

But community leaders critical of the deal say there still hasn’t been near enough transparency involved in the process with how the deal is going down.

The tires were one of the issues raised in a January letter from the East Atlanta Community Association (EACA) to DeKalb County CEO Michael L. Thurmond, which appears to now have been resolved. But it wasn’t the central issue.

The proposal involves Blackhall Studios giving the county three parcels of land to the north and east of Intrenchment Creek Park in exchange for a roughly equal amount of land to the south, closer to the company’s backlot, where it wants to expand.

Blackhall has filmed movies such as “Venom” and “Godzilla: King of the Monsters” at its studios recently.

Those fighting the deal say essentially that the swap is a bad trade – equal in quantity, but not quality.

“The existing, forested greenspace and its population of wildlife typically not seen in urban areas is an invaluable recreational amenity for current and future residents of East Atlanta,” the EACA’s January letter states. “In stark contrast, the parcels proffered in exchange have been cleared of trees and polluted by illicit dumping of tires and of other debris.”

With more than 4,000 tires now cleaned off the land that would be transferred to the county - to be recycled into material for playground surfaces and more - 11Alive reached out to the EACA to see where it still stood on things.

EACA President Dawn Rivera pointed to a county meeting held last month that she said failed to address fundamental concerns about how the land was originally given to the county.

The January letter says when the land was deeded to DeKalb County in 2003 by the Trust for Public Land, it “agreed to protect the land ‘in perpetuity for the benefit of the public,’ for recreational use only.”

“While I am pleased that the County finally held a public meeting about this proposal last month, the content of the meeting failed to address the deed restriction at all,” Rivera said in the email. “Instead, the focus was on economic benefits that Blackhall Studios already has stated it will provide with or without the proposed land swap.”

“This is not how government is intended to function,” she added.

Proponents of the deal, including Blackhall CEO Ryan Millsap, say it would better connect the park to two other nearby parks and potentially even connect it to the Beltline.

Millsap, who said in December that the original idea for the swap wasn’t his, said it would create a “super regional park” with many more miles of trail that would be “transformative of that area.”

Other stakeholders bullish on the deal, including the president of the Metro South Community Improvement District, said the tire removals were just the first step.

Emory Morsberger told The Champion newspaper on Wednesday that what was once called the “armpit” of DeKalb County would soon be better than Dunwoody or Brookhaven.

“We’re going to knock people’s socks off. This is just the beginning,” he said.

It’s not clear when DeKalb County and Blackhall Studios expect to complete the deal.