A pair of Toledo sisters knew both of their children would be born in January but say they never expected to share the same day. 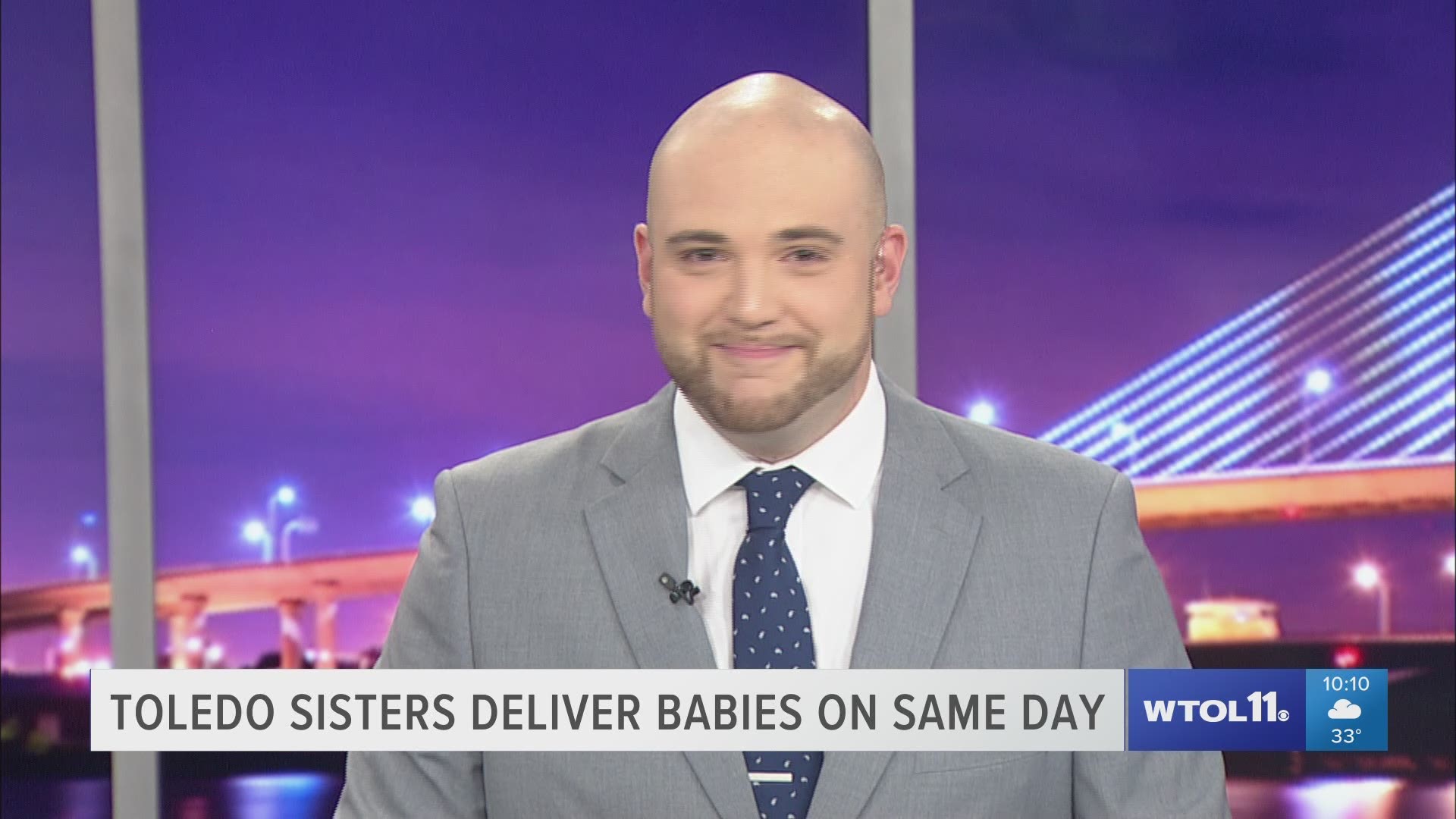 TOLEDO, Ohio — What better gift is there than the gift of life. Two Toledo sisters expected to welcome a new member to their families this holiday season and received quite the surprise. Each delivered its newborn baby on the same day.

Mackenzie Hogan and Mallory Jesko had due dates in January, but both ended up delivering their newborn baby girls Saturday morning.

Taylor and Mallory Jesko were expecting their child on Jan. 5. Mackenzie and Ryan Hogan were originally due Jan. 10, but doctors then ordered a c-section for Saturday, Jan. 3.

On Saturday morning, Ryan got a text from his brother-in-law that they were also headed to the hospital as Mallory had started contractions.

"Got a text in the morning from Taylor, brother-in-law," he said. "And he goes, 'I'll meet you at the hospital.'"

At 11:05 a.m., the Hogans welcomed their second child, Kendall weighing in around nine and a half pounds. Surprisingly, just 13 minutes later, the Jeskos said hello to their third child Cora, who weighs just over seven pounds.

Both couples said the thought of having the same date never really crossed their minds.

"No I figured we would be close but never the same date," Mackenzie Hogan said. "Let alone the same."

"We were just happy to go through the process together," Mackenzie's sister Mallory said. "So, to have the same due dates you know at the end, it was just like the icing on the cake."

Both mothers and babies are doing well. The families said they are looking forward to seeing the two cousins grow up together as best friends united along with the parents with this special common day.

"I never would've thought this could happen," Mackenzie said. "The fact it did, it's pretty awesome and we're just looking forward to the girls playing on the same sports teams, and traveling and doing all that stuff."

"Just glad everyone is happy," Ryan said, "and healthy and both are doing good and just a crazy way to bring in the new year."