Tori Lang was shot and killed three days ago in Yellow River Park. 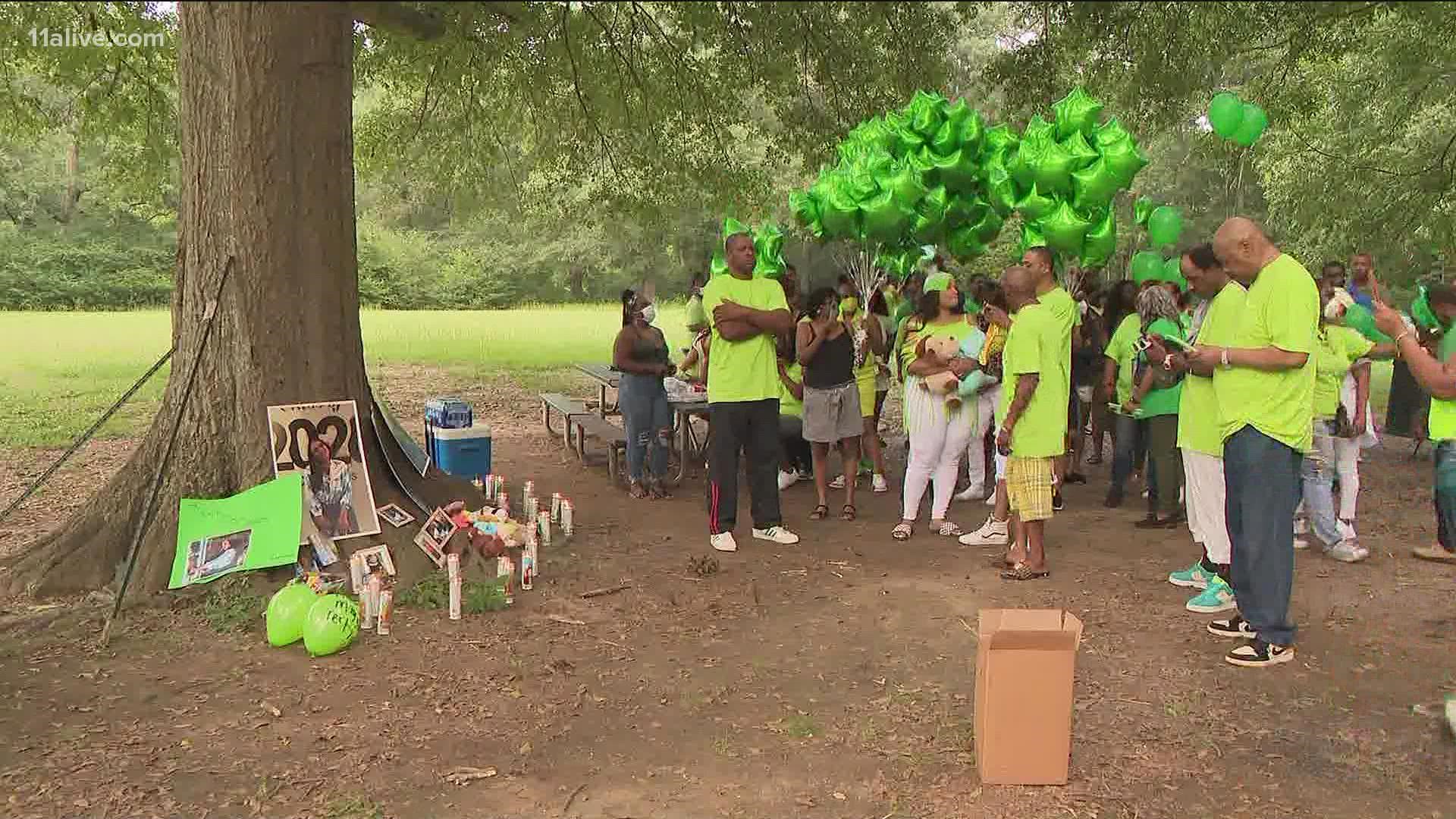 GWINNETT COUNTY, Ga. — Tori Lang's friends and family gathered Saturday for a candlelight vigil and balloon release to honor the 18-year-old, who was shot and killed three days ago in Yellow River Park.

Thomas said his heart is broken.

"I'm angry, hurt and mad," he continued. "I'm praying to God that we'll have this perpetrator captured so our family will have peace."

Police found Lang shot to death under a tree at Yellow River Park Wednesday, after receiving a call about a medical situation. They released her identity Thursday, after Lang's distinct tattoos help identify her.

Alyssa Babbage, a friend of said Lang was an only child who graduated high school with her just last year. She adds that Lang was thinking of enrolling in an online college and that the ambitious teenager at one point had three jobs.

"She was very caring to anybody," she added. "She was willing to give. If she had it and you needed it, no matter if she knew you or not, she was going to give it to you if she had it. I just know how much her parents and family in general meant to her."