Traffic back to normal after chicken guts spill on I-75 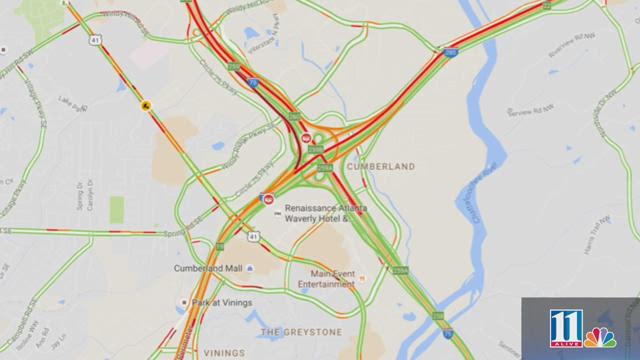 Traffic is back to normal at the Cobb Cloverleaf northwest of Atlanta, but that wasn't the case earlier Tuesday afternoon, when Georgia Department of Transportation crews were left with up to 55,000 pounds of chicken parts to clean up after a tractor-trailer wreck during the afternoon rush hour.

The truck crashed at I-75 southbound and I-285 westbound near Windy Hill Road. The single vehicle wreck caused a mess that shut down one of Metro Atlanta's busiest interchanges just before rush hour. According to GDOT, all exits were closed during the cleanup.

Massive backups started building immediately, and extended well into the evening rush hour. By 6:30, the chicken parts had been cleaned up and traffic had resumed its normal flow along the section of interstate that is already seeing disruption due to the Northwest Corridor construction project.