The half-mile evacuation area was lifted at around 6 a.m. 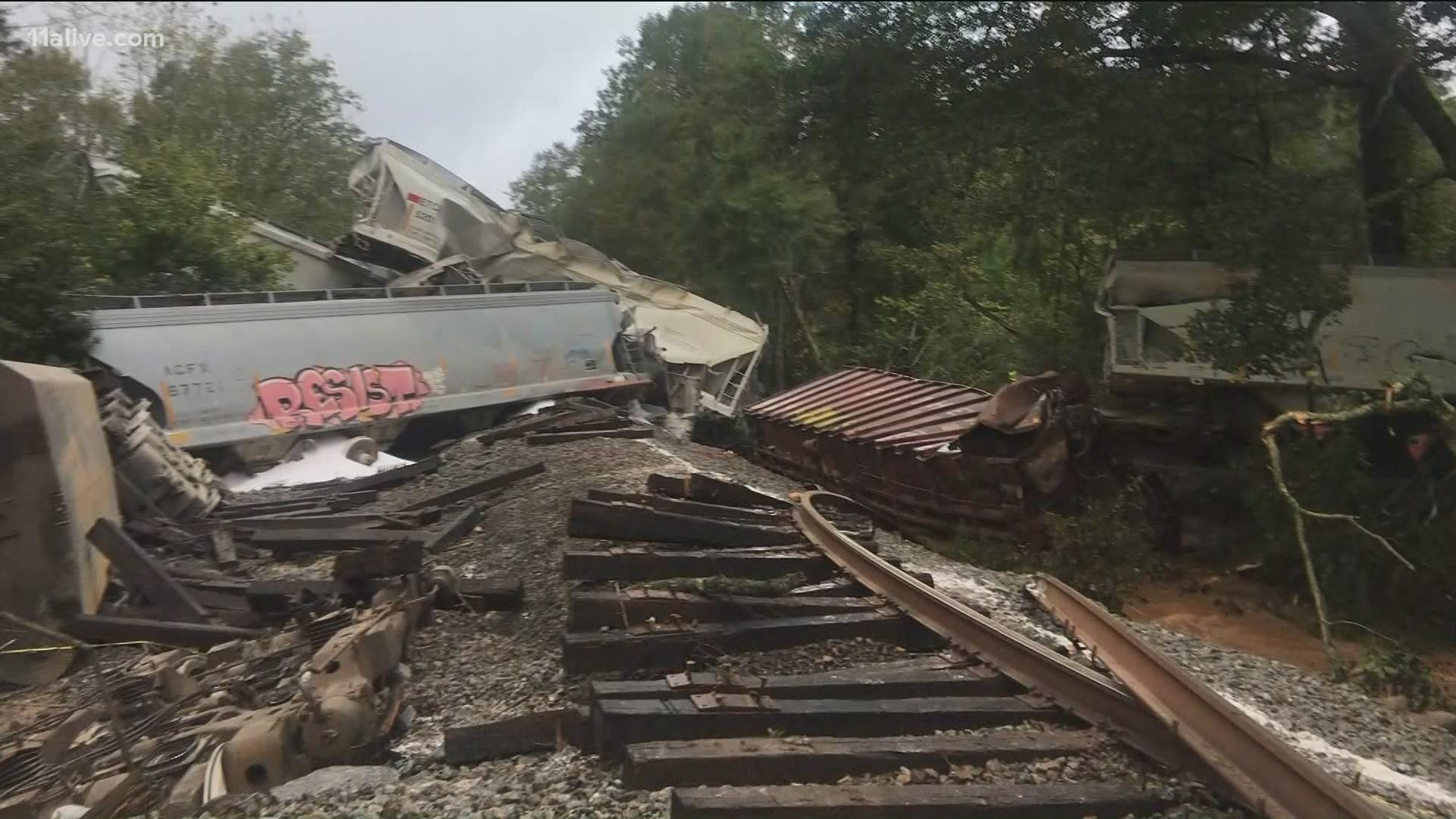 They said the derailment caused a chemical spill and fire involving hazardous materials at around 1:40 a.m. The incident expanded along the line from Main Street in Lilburn to Harmony Grove Road.

Several railcars were engulfed in flames shortly after firefighters arrived between Jon Jeff Drive NW and Bailey Drive SW. Lilburn Police had made contact with the lead locomotive that was derailed and assisted the engineer and conductor to safety near Main Street, authorities said. Both were transported to the hospital with minor, non-life-threatening injuries.

With the fire involving hazardous materials, a decision was made to begin evacuation of the area closest to the fire at around 3 a.m. Lilburn Police and firefighters assisted with this task and the Reverse 911 system was activated by the Gwinnett County E911 Communications Center.

By 6 a.m., officials said the half-mile evacuation has been lifted.

Firefighters will continue to remain on scene throughout the day on Sunday and support CSX operations. They said CSX is "working with environmental cleanup companies to minimize impact to the environment."

A Gwinnett fire spokesman said weather could have played a factor in the crash, however, he could not confirm that. He did say that the train was taking in water from the rains. He also did not have a specific name for the chemicals being transported.

CSX later said 37 cars were derailed in the wreck. Two of the railcars containing ethanol breached in the crash but have since been secured.

"We are now in the process of removing the derailed cars and locomotives from the site so we can safely repair the track and restore the area," a spokesperson said.

A preliminary investigation suggests that the derailment was caused by a track washout brought on by intense rain and flash flooding in the area.

Lilburn Police said drivers should expect traffic issues and streets closed throughout the morning in the area between Main Street and Rockbridge. As of 7:30 a.m., Main Street is closed between Railroad and Joy Lane.

"Please shelter in place where possible," the department said on Facebook.

Police also said Lilburn City Park is closed and that the Greenway Trail between Main Street and Harmony Grove, along with the park near Velva Court, would be closed for "at least the next 3 days."

Return to 11alive.com for updates on this developing story.