Images show that trash is indeed overflowing from both a fenced-in dumpster and another larger dumpster. 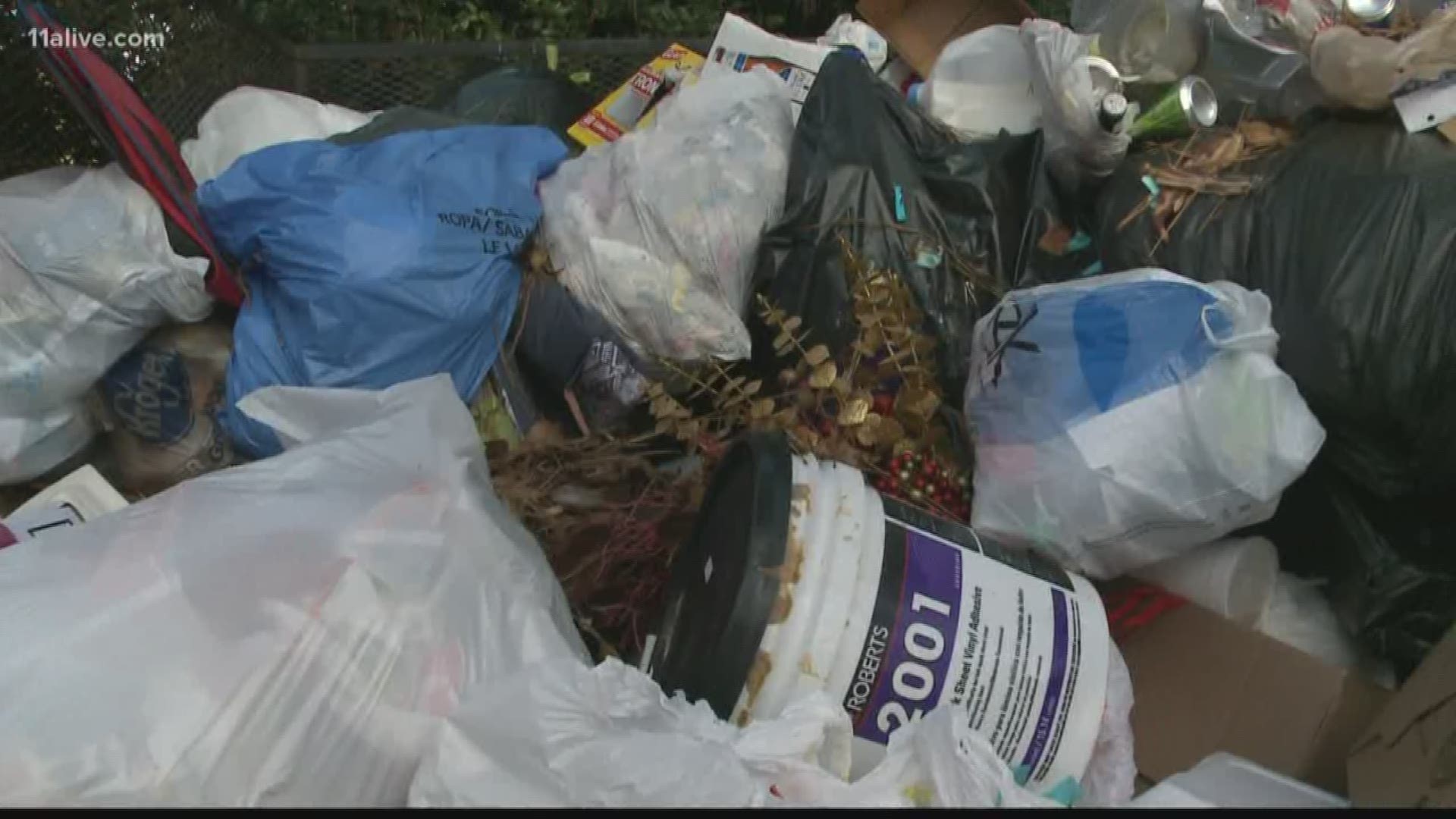 PEACHTREE CORNERS, Ga. — Residents of an apartment complex in a Gwinnett County city finally got a resolution to what had become a smelly - and unsanitary - situation.

11Alive received a tip from a viewer about the trash situation at 3500 the Vine Apartments in Peachtree Corners.

According to the tipster, there hasn't been a trash pick-up at the complex in two weeks, leading to trash overflowing on the grounds.

"It is very unsanitary and disgusting," they wrote.

11Alive went to the complex, where images show that trash is indeed overflowing from both a fenced-in dumpster and another larger dumpster. While we were there, residents showed up to throw away their trash, but had no where to put it but on the ground.

11Alive reached out to Waste Management - the company posted on the side of the larger dumpster - to see what was going on. A representative with the company told 11Alive they were informed that the complex's trash compacter is apparently down.

"Maintenance repair people have been to the site twice and were unable to repair it. We have called a third party to repair it. Apparently they didn’t have the right part, so they are heading back out today," a spokesperson said.

Our news desk also attempted to track down the name of the property management for the complex, but was unable to speak to anyone. We left messages with a number listed on the website, which appeared to be out of date.

A day after our story aired, Waste Management told 11Alive that the trash had been cleaned up.

"The Compactor was fixed yesterday and emptied today. Both the DM and the lead driver went out yesterday to help clean the property as well." the statement read on Wednesday.