There’s a ray of hope in the acts of kindness for communities picking up the pieces. 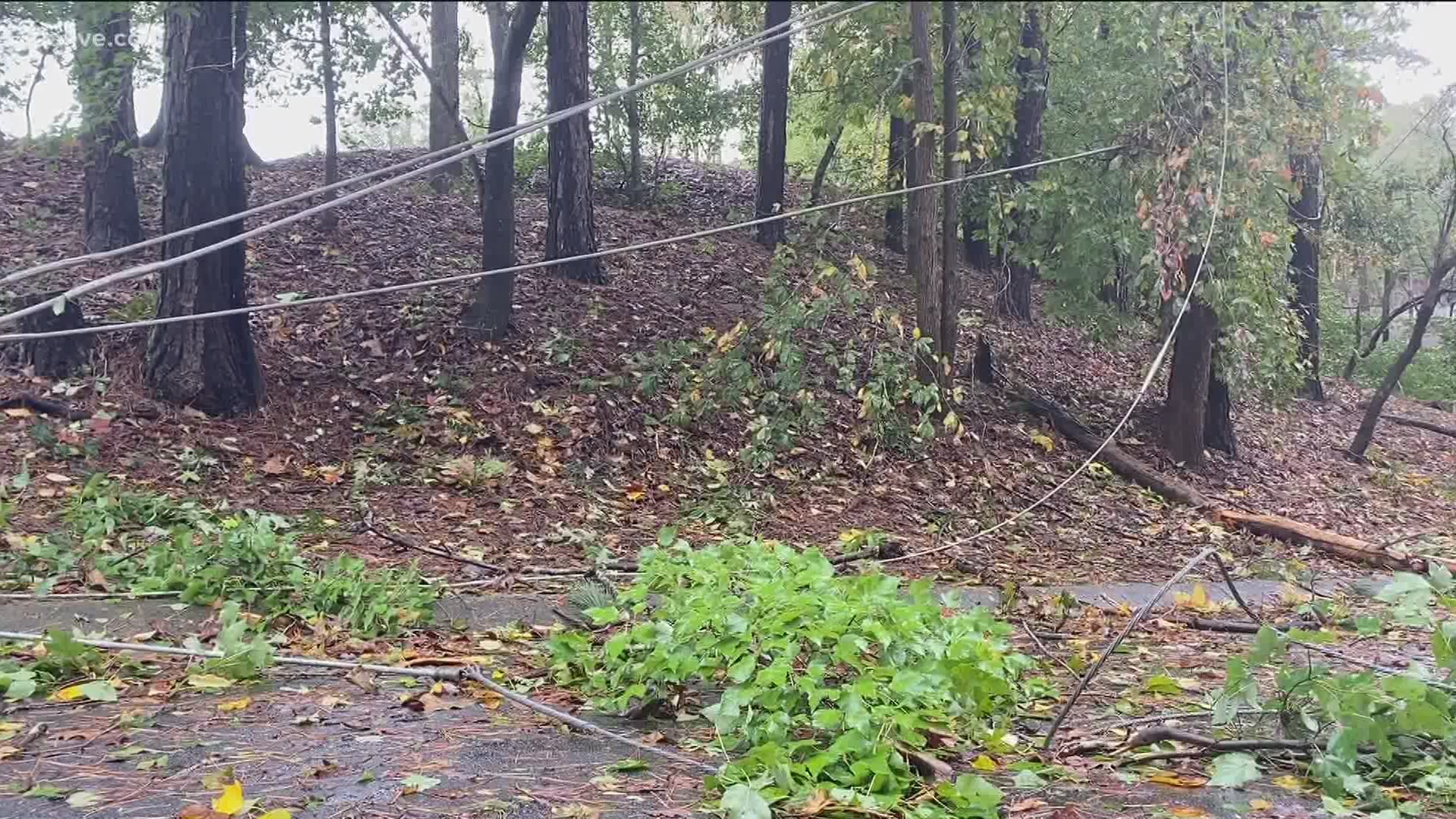 ATLANTA — As millions of people throughout the area impacted by Tropical Storm Zeta are waiting for power to resume and clean up damages caused by the overnight storm, there’s a ray of hope in the acts of kindness from communities picking up the pieces.

The Marietta Police Department praised a volunteer who offered their forklift truck to assist power crews. That happened Thursday morning on Canton Road near the I-75 overpass.

“Trees were down blocking the roadway and had landed on at least one occupied car! The driver was okay, but the roadway was totally blocked. Once the power crew determined they were not needed there, they quickly cut up the fallen trees and cleared a lane,” Marietta PD wrote in a Facebook post.

“The operations manager from Superior Distribution saw the need, knew he had a solution and volunteered his employees and forklift trucks to finish clearing and cleaning the roadway! This generous act allowed the power crew to move on to other down-tree and down-line calls still holding! When we work TOGETHER Marietta, we will ALWAYS be stronger! Thank you and KUDOS,” the statement continued.

The love spread to the Paulding County Sheriff’s Office, who gave a special shout out to Jason Cory of Dogwood Landscaping for helping remove a massive tree from the middle of GA 92.

“Thank you to Mr. Cory and every other citizen who has assisted us with the storm cleanup. #commUNITY #ThankYou #DogwoodLandscaping #PauldingSheriff,” the Paulding County Sheriff’s Office shared on Facebook.

The Smyrna Police Department also featured people pitching in on its social channels.

"Lt. Copeland brought his personal chain saw to work this morning and was caught cutting up a tree on Doeskin Lane near Manson Avenue. He had help of Sgt. Stephens, MPO Hanson and a couple of other officers. Their work helped get this neighborhood open quicker as Public Works and Smyrna Fire are tied up with lots of other calls," according to the Facebook post.

In Lumpkin County, the residents and volunteers also helped in a big way. The Lumpkin County Sheriff's Office shared pictures of crews picking up trees that went down following the storm.

Woodstock Police also got a tasty surprise when a local pizza shop donated pies to the force.

"Huge thank you to Gondoliers pizza for feeding  Bravo Shift, Special Operations Group, Command Staff, and city personnel with this pizza after working through the storms," Woodstock Police wrote in a Facebook post.