When is power expected to be restored in Georgia after Tropical Storm Zeta? 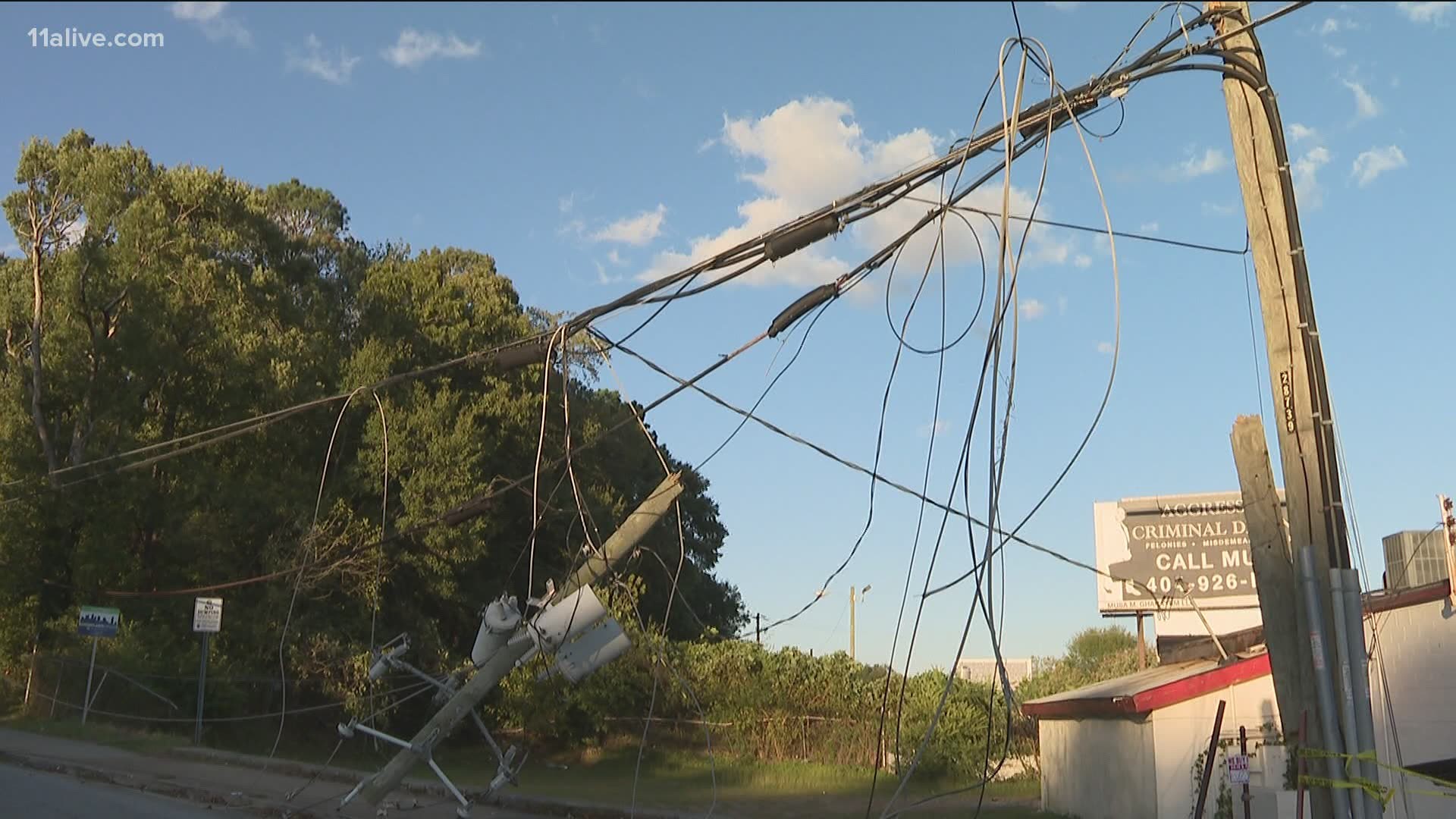 ATLANTA — Georgia's power crews are in the process of restoring service to thousands of customers impacted by Tropical Storm Zeta.

As of  1 p.m. Friday, Georgia Power said there were still 180,000 customers without power across Northwest and Northeast Georgia, including metro Atlanta. The company announced it expects power to be restored to 95% of customers impacted by Hurricane Zeta by Sunday night.

So far, power has been restored to nearly 675,000 Georgia Power customers, the company said. They said they're receiving support from 14 other states and Canada.

"Georgia Transmission Corp. reports that 74 of the 80 electrical substations that were knocked out by Zeta are now at full operation. In addition, nearly 20 high-voltage transmission lines have been repaired or replaced. These supply-side operations must be functional in order for EMCs to have electricity to distribute to their customers, so the recovery efforts have been a two-part process," Georgia EMC said in a release Friday.

They said hundreds of power poles were damaged and that it takes about four hours to replace one pole.

“This storm caused an incredible amount of damage across the state that we are working as quickly and safely as possible to assess,”  David Maske, Georgia Power Storm Center manager said in a news release Thursday.

“Multiple storms impacting the Southeast have strained assistance resources usually available to us, but our crews are working around the clock to get the lights back on. We appreciate our customers’ patience and their support in the coming days," Maske added.

According to Georgia Power, at its peak, more than 610,000 customers were without power. Combined with EMC outages, nearly 1,000,000 customers in Georgia alone had no electricity..

As for EMC customers, complete restorations may extend into Friday, due to the "magnitude of destruction," they said. Updated outage information can be found here.

Meanwhile, the American Red Cross reported more than 2.5 million homes and businesses were without power across seven states, as of 10:30 a.m. Thursday.

Because of Hurricane Zeta’s speed, sporadic and less-concentrated damage is expected to be left behind due to the powerful winds. Flash flooding also happened in parts of Louisiana, Mississippi and Alabama.

The American Red Cross said it is now responding to areas hit by Zeta, and, Wednesday night, provided overnight stays at shelters for nearly 300 people across the Southeast.

Georgia Power is now encouraging customers to stay safe as dangerous conditions still exist following the storm. Here are some tips provided by their team:

After the storm safety tips