A Douglas County Fire ladder truck had responded to an earlier wreck on the interstate when it was rear-ended by a semi. 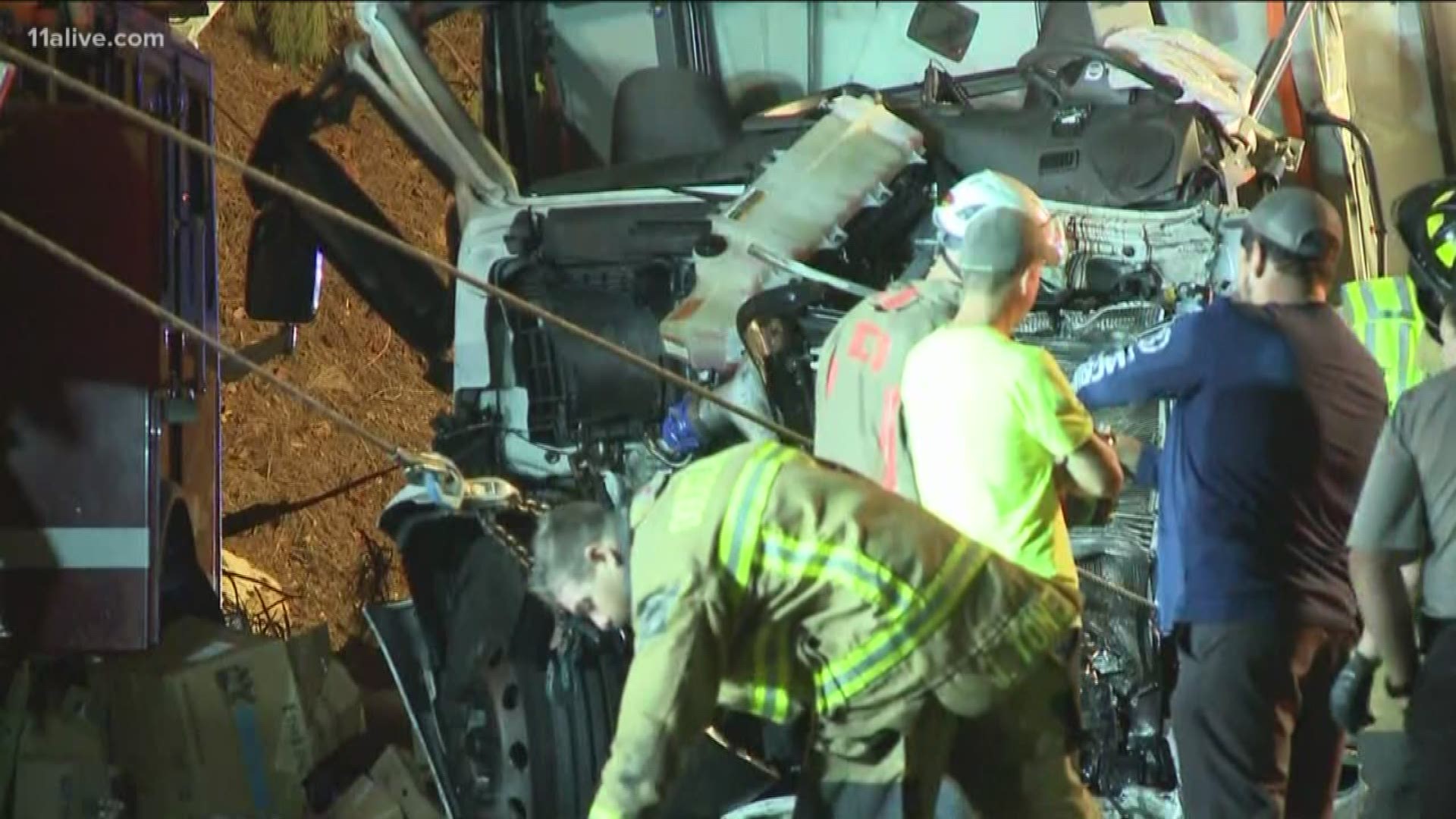 DOUGLAS COUNTY, Ga. — One person was killed and Interstate 20 westbound in Douglas County was shut down, after an accident involving a fire truck and a tractor-trailer early Sunday morning.

Douglas County fire officials told 11Alive that the accident happened around 3:20 a.m. near the Georgia Highway 92 - Fairburn Road exit off the interstate.

According to Douglas County spokesperson Rick Martin, the fire engine was on the interstate in response to an earlier incident involving a Ford Mustang that had run off of the interstate and gone up an embankment into some nearby woods.

According to fire officials, the fire truck was blocking the shoulder and right lane to protect other emergency vehicles and workers as they were trying to extricate the driver from that incident.

About 20 minutes after the initial incident, officials said a tractor-trailer smashed into the rear of the fire truck, causing heavy damage to the big rig.

Officials said the driver of the tractor-trailer, 41-year-old Javon Martin of Honea Path, South Carolina, was killed on impact.

Martin said the driver of the Mustang was transported to Atlanta Medical Center in downtown Atlanta for treatment of his injuries. His condition is not presently known.

Officials later added that two firefighters were still inside the firetruck wearing their seatbelts when the semi slammed into the truck - something officials said likely saved their lives. Neither firefighter was hurt.

The Georgia Department of Transportation said westbound traffic on I-20 was reopened following the police investigation, shortly after 9 a.m.

No other injuries have been reported as a result of this incident.

Sunday's deadly wreck is not the first one in recent months involving emergency vehicles and construction vehicles on metro Atlanta interstates:

On Friday, September 20, two contractors removing barrels from a construction zone on I-20 in Douglas County near Lee Road were struck in the midst of a multi-vehicle chain-reaction wreck involving a stolen pick-up truck. Both contractors were seriously injured. Two others were also hurt in the incident.

RELATED: Police: Alcohol may be factor in I-285 crash that killed construction worker

In the early morning hours of Sunday, September 15, law enforcement said construction worker 21-year-old Chad Mickler was struck and killed in a construction zone on I-285 near Cascade Road by a suspected drunk driver, 22-year-old Nadia Butterfield.

In that incident, officers said Butterfield entered a closed portion of the interstate, struck a guardrail and traveled along it for several hundred feet before hitting Mickler.

RELATED: Firefighter who suffered 'life-changing' injuries after being struck by car identified

Last May, a car slammed into an Atlanta fire truck which was blocking first responders at the scene of a wreck on I-85 near Cleveland Avenue. Atlanta Fire Sgt. Darrow Harden was struck during the impact, severing one of his legs and causing additional injuries to the driver of the second vehicle. 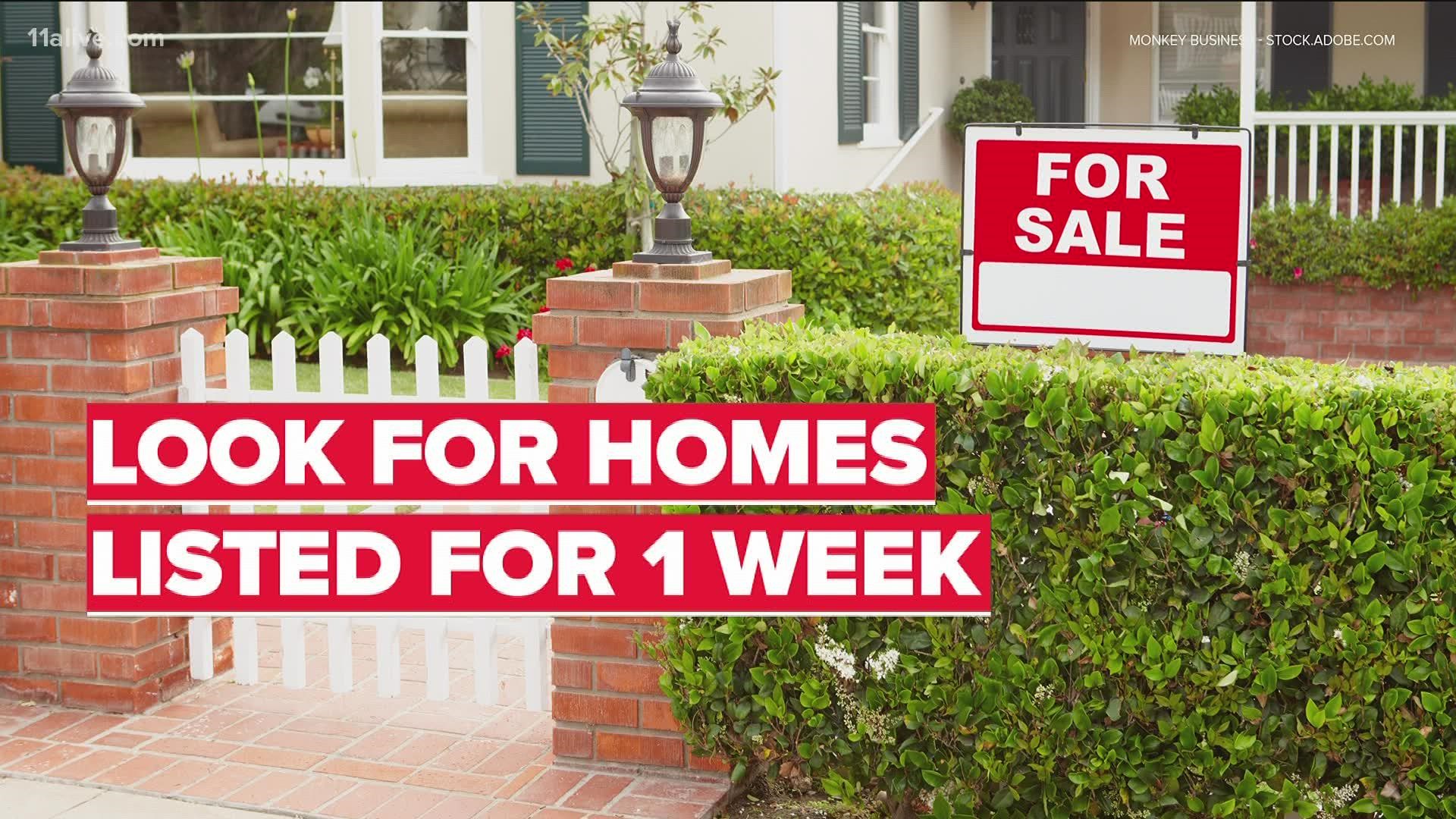