Bird and Lime have found themselves at odds with another city - though the new moratorium is only temporary. 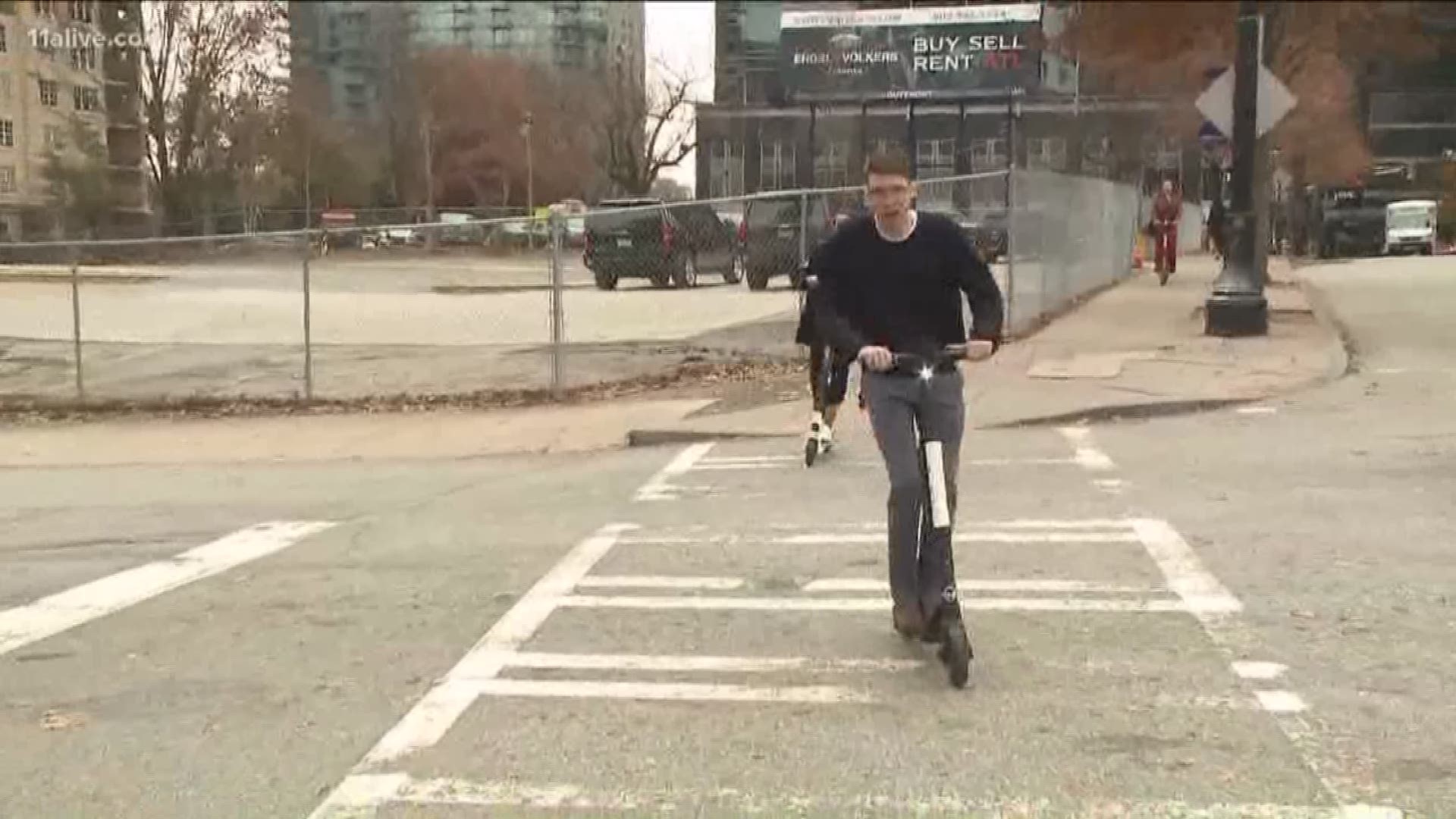 TUCKER, Ga. — Electric scooters like Bird and Lime are facing yet another lockdown in a metro Atlanta city.

On Monday, the city of Tucker adopted a resolution temporarily banning the popular ride-sharing services until they could further study the best way to implement them.

The decision follows some of the same motivations of others who have already given a cold shoulder to the electric scooter revolution. Cities - and many residents - around the U.S. have become frustrated as the mostly unregulated scooters pile up on sidewalks and right-of-ways where riders ditch them after getting to their destination.

RELATED: JUMP e-scooters by Uber rolling out in Atlanta

Tucker has placed a 120-day ban on issuing licenses to any companies renting out the scooters as the city tries to find a fair solution to the problem.

Atlanta recently came to a decision that allows them to limit the number of scooters in a given area, provide licenses, and impose fines when the companies don't hold up their end of the bargain.